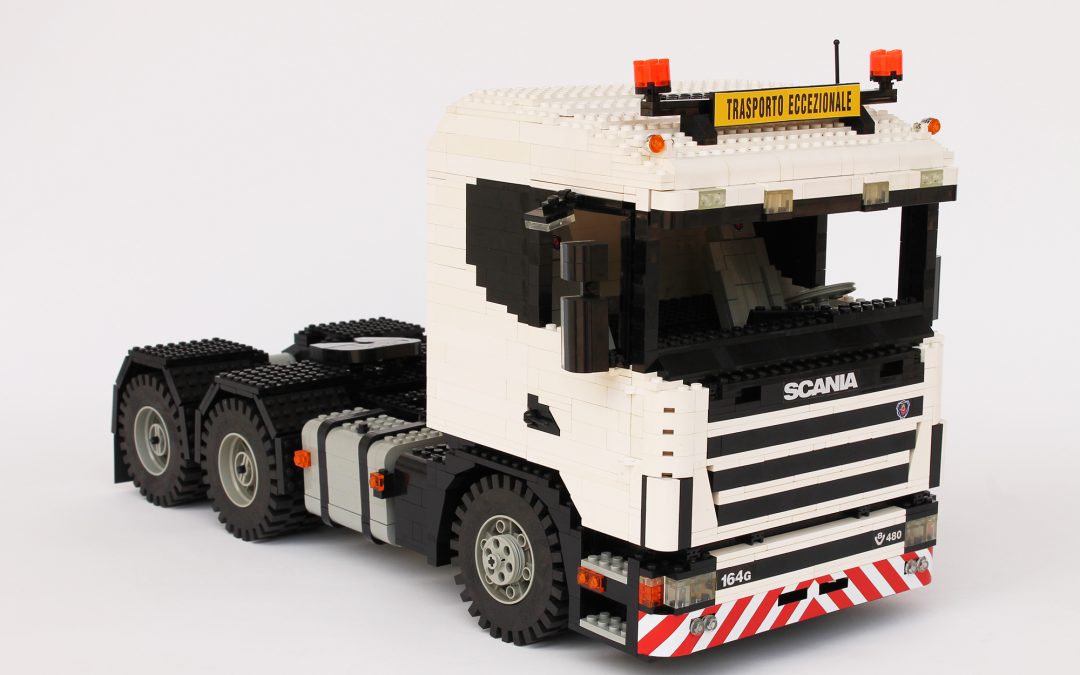 The Scania 164G is the first model of my LEGO® 1/13 scale truck series. I’m very fond of it.
I built it at the end of 2006 inspired by the wonderful models of the dutch builder Dennis Bosman (Legotrucks). Dennis (and his great trucks) made ​​me get out of the dark age about ten years ago.
I’ve choose to build a three axles SCANIA for oversize load because I’ve always loved the style and design of the Swedish manufacturer. In addition, the SCANIA “IV series” has been designed by Bertone, one of the most talented italian designer.
The cab can be opened and beneath it is positioned the powerful V8 engine coupled with the gearbox. The front grille can be opened too discovering the radiator.
The first version I built had the cab’s doors fixed but at the end of 2010 I modified the doors and now the doors can be fully opened.
To build the model respecting the ratio I’ve used technical drawings from the Italian branch of SCANIA AB. 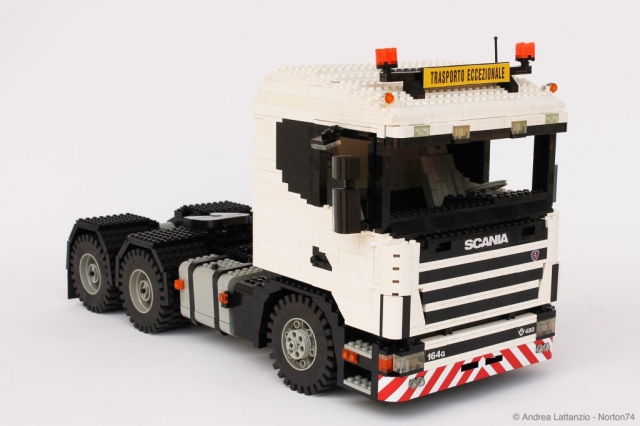 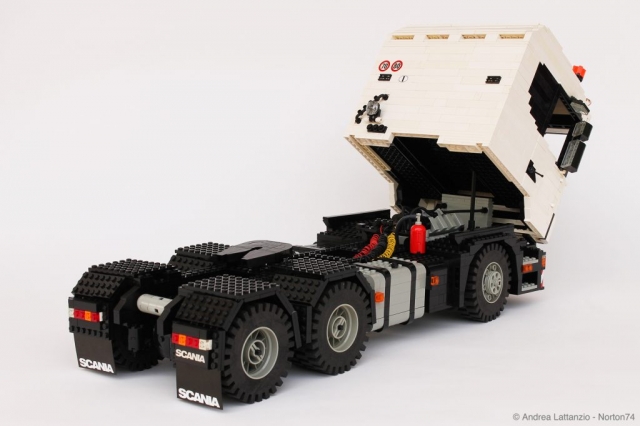 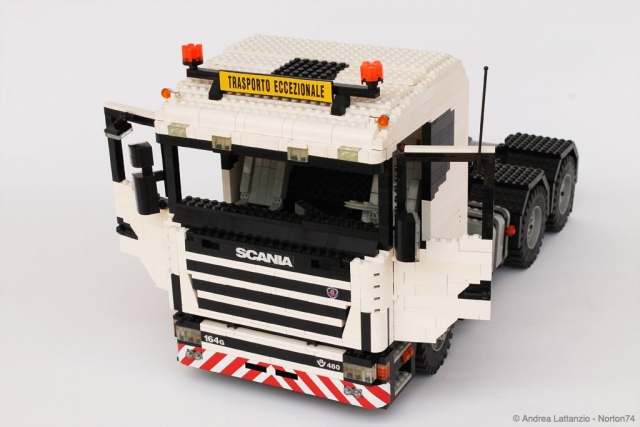 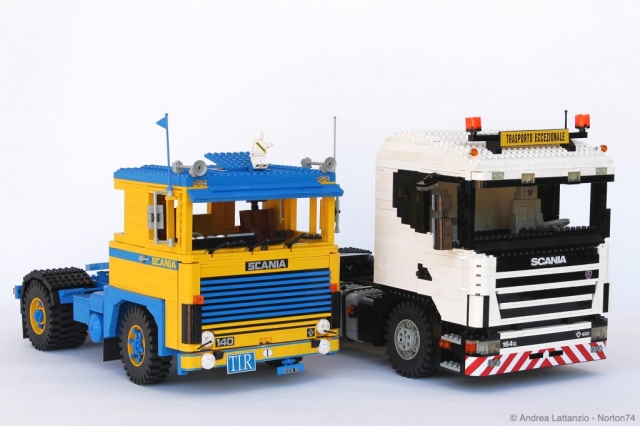 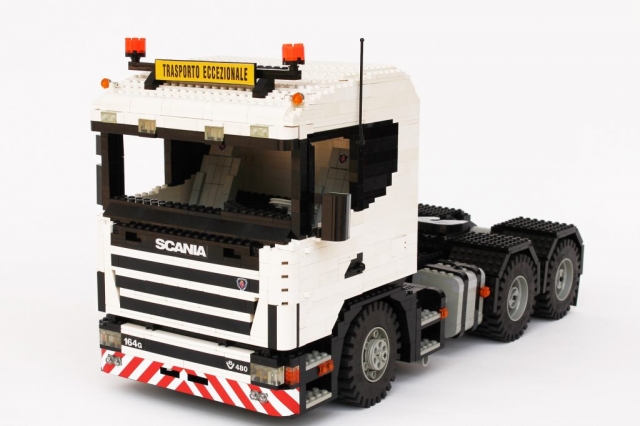 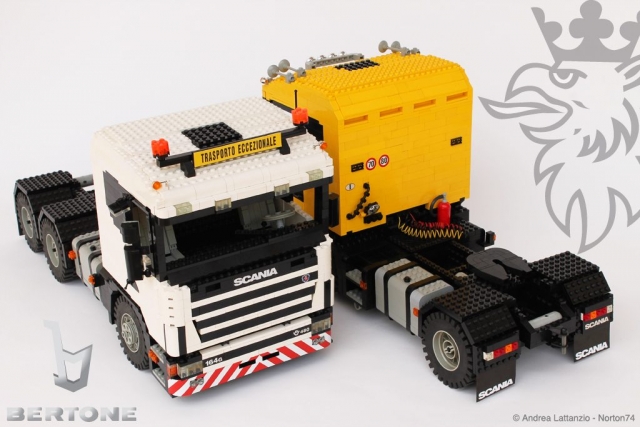 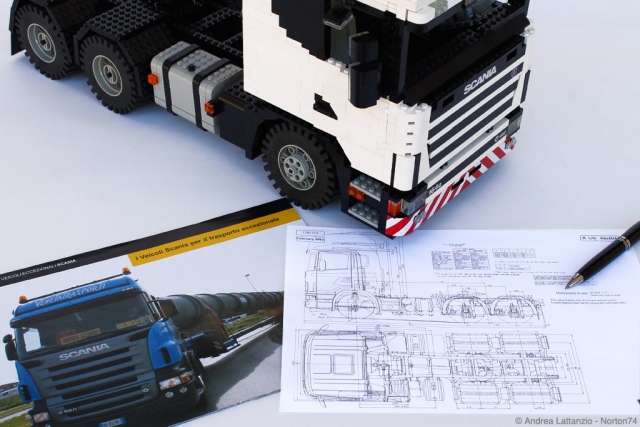 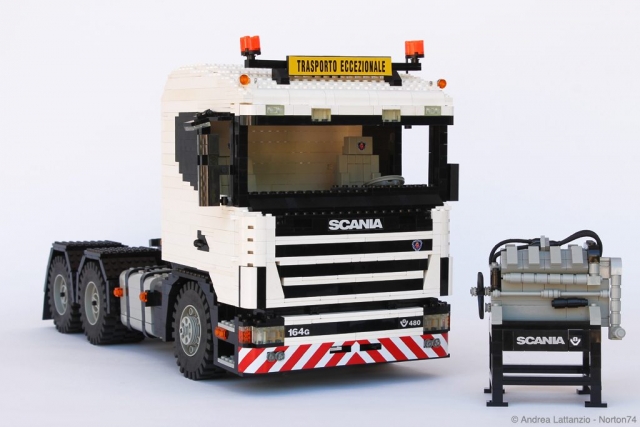 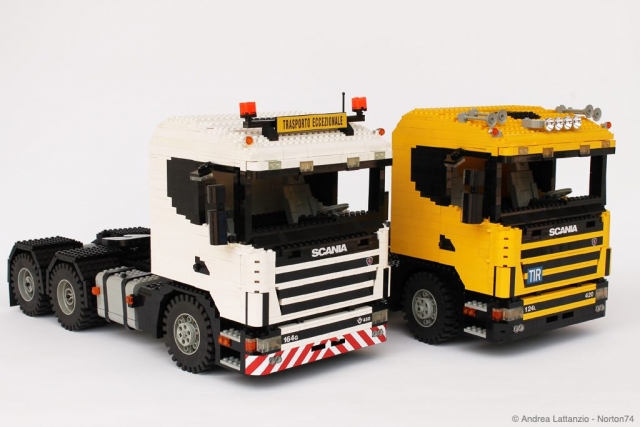 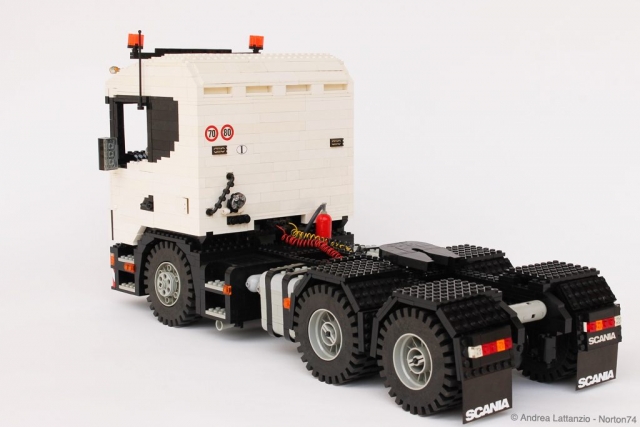 I took few outdoor pictures of the white Scania with a red Nooteboom semi low-loader. It was funny. 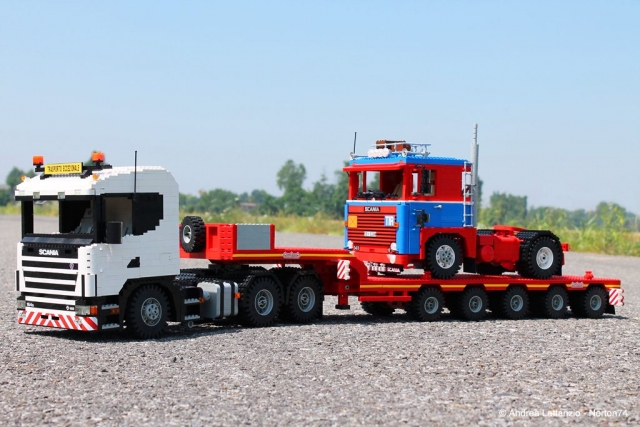 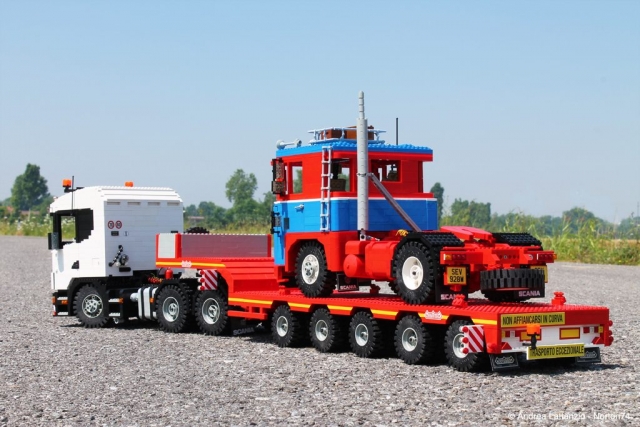 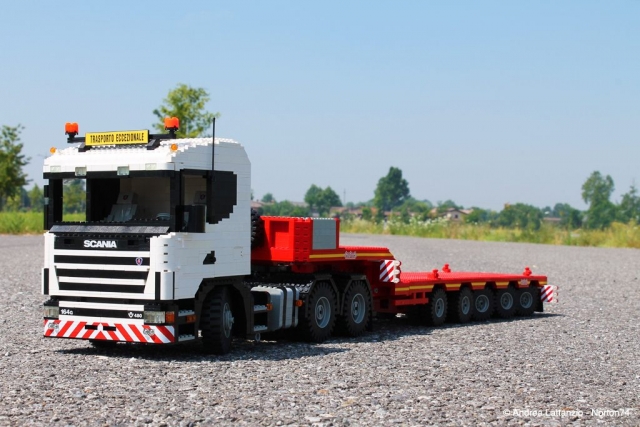 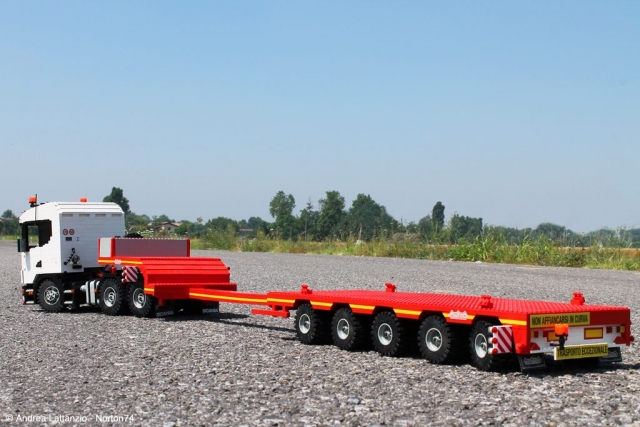 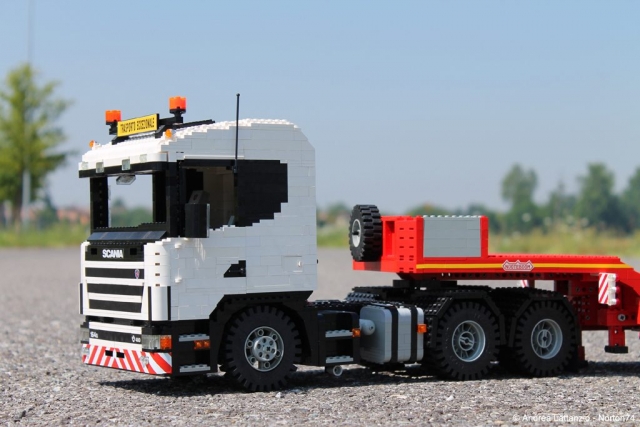 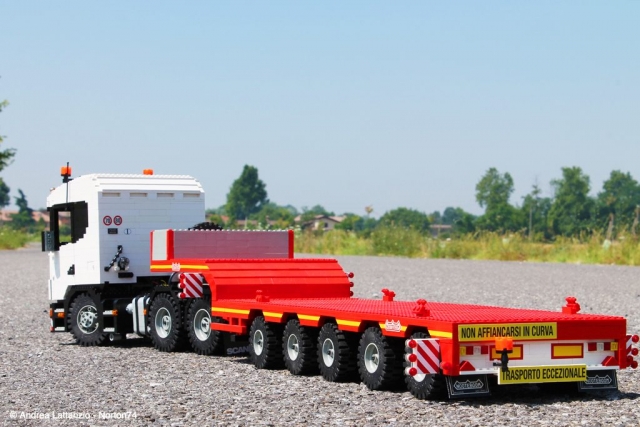