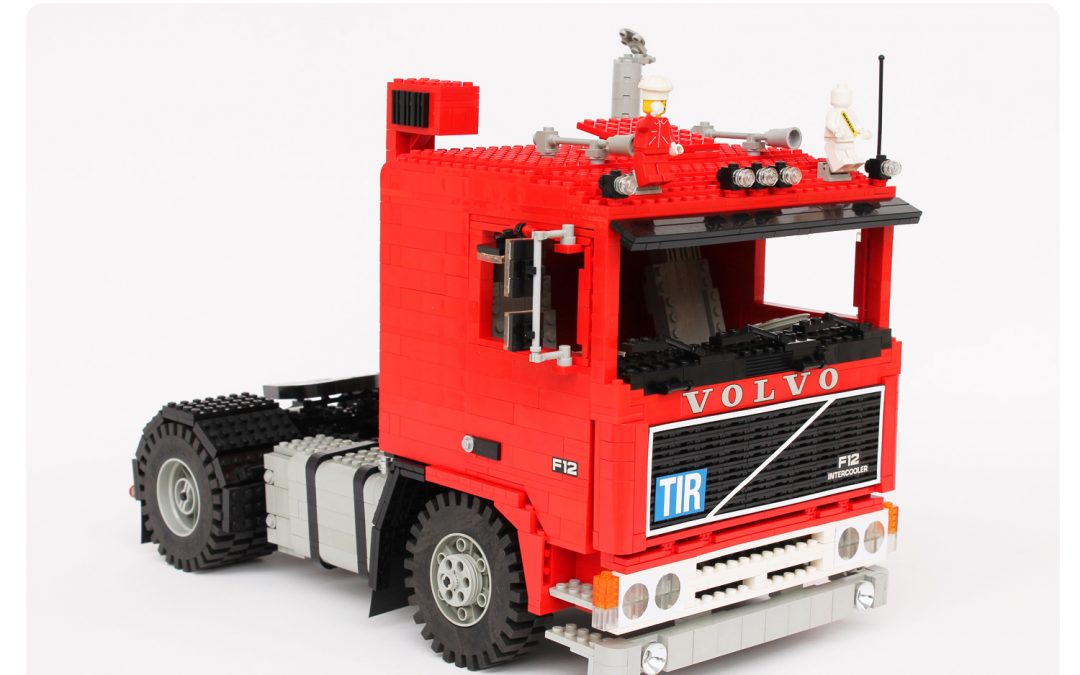 At the end of 2010, after the first failed attempt of few months before, I started building the VOLVO F12 Turbo Intercooler, the “model year ‘83”, in 1/13 scale.
I’ve always liked the F12, it was revolutionary when the Swedish manufacturer launched it at the end on the seventies. Matchless style an design!
To build the LEGO model I’ve used the magnificent 1/8 scale model released in 1987 by Pocher (historic Italian brand of static model making, failed few years ago and now bought by the english Hornby). I’ve bought a very good F12 Pocher on ebay in 2010 (I’ve looked for it for a long, long time!)
First of all I’ve designed and built the chassis, estimating the ratio with the 1/8 model. Then I built the cab and all the details (fuel tank, air tanks, tool box, fifth wheel, exhaust pipe, etc…). Last but not least I realized the 6 cylinder inline engine. I finished the work on april 2011 and I think the “red giant” looks very fine! 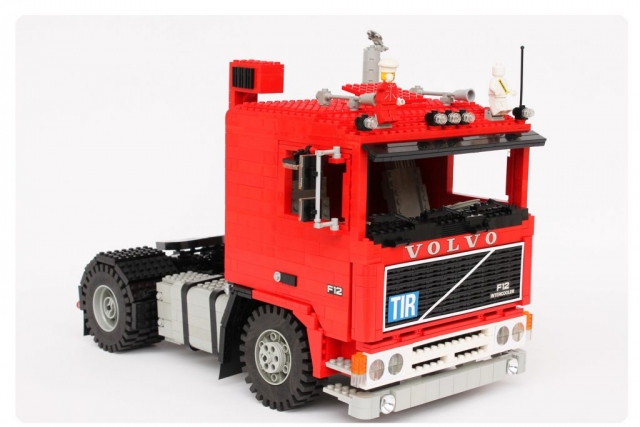 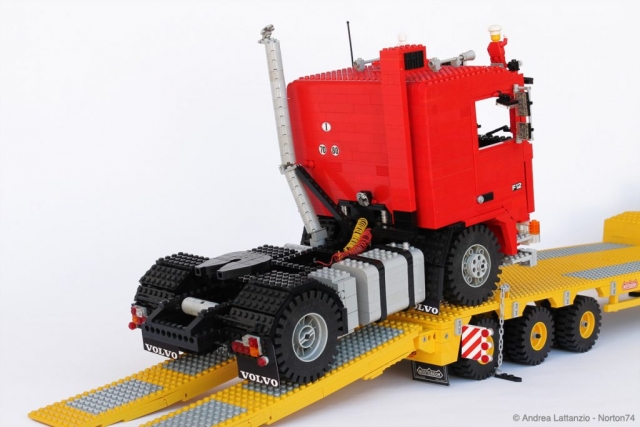 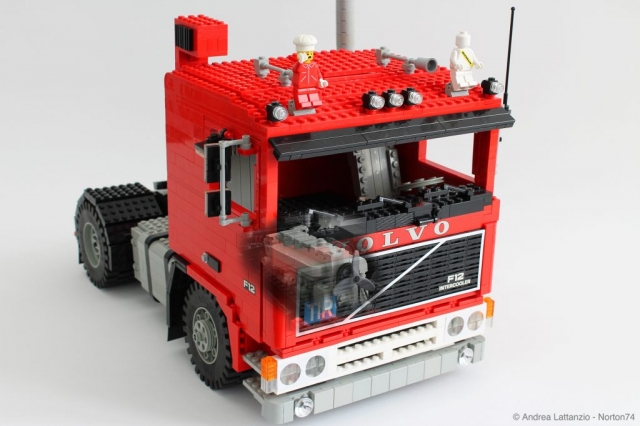 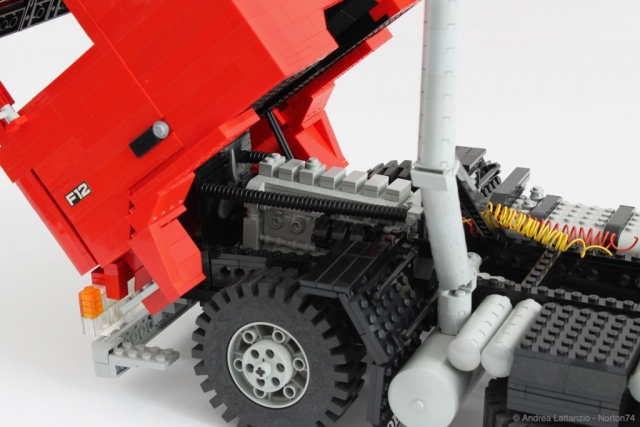 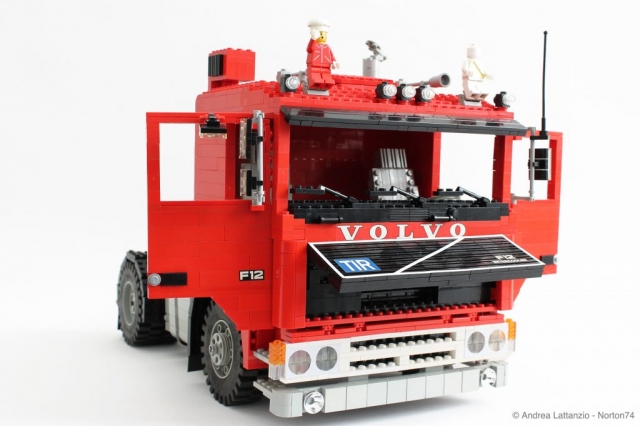 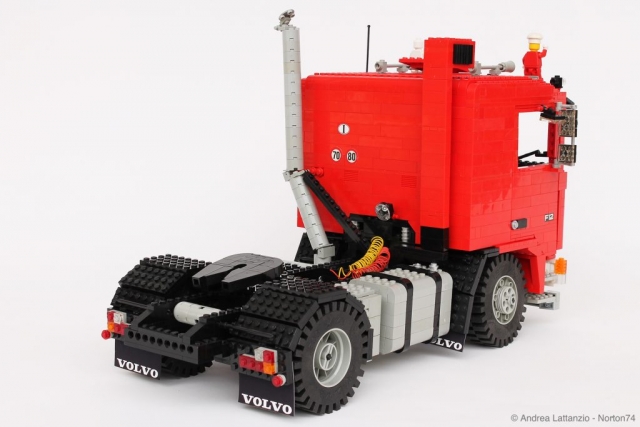 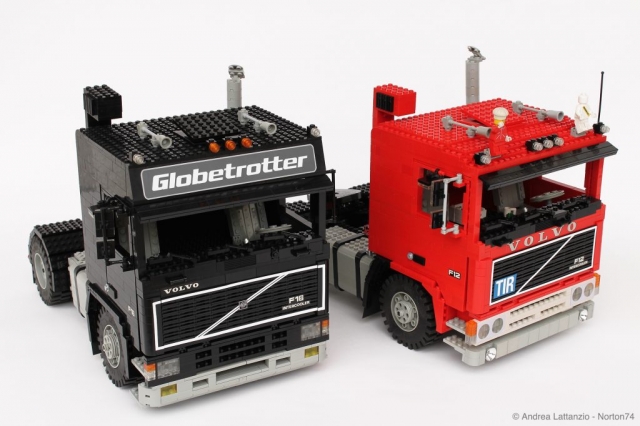 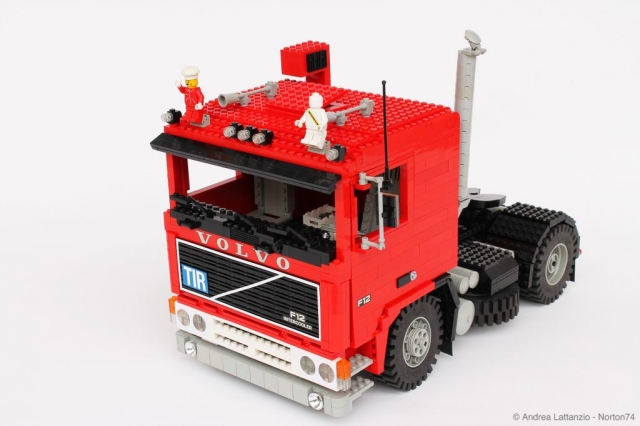 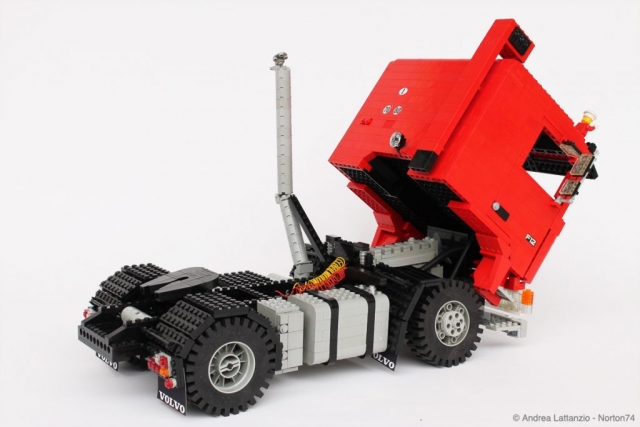 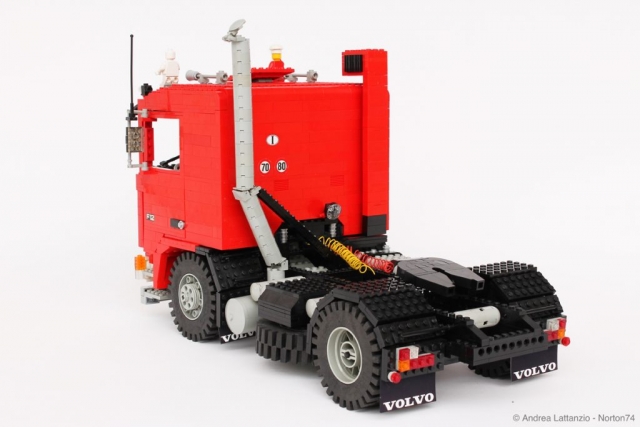