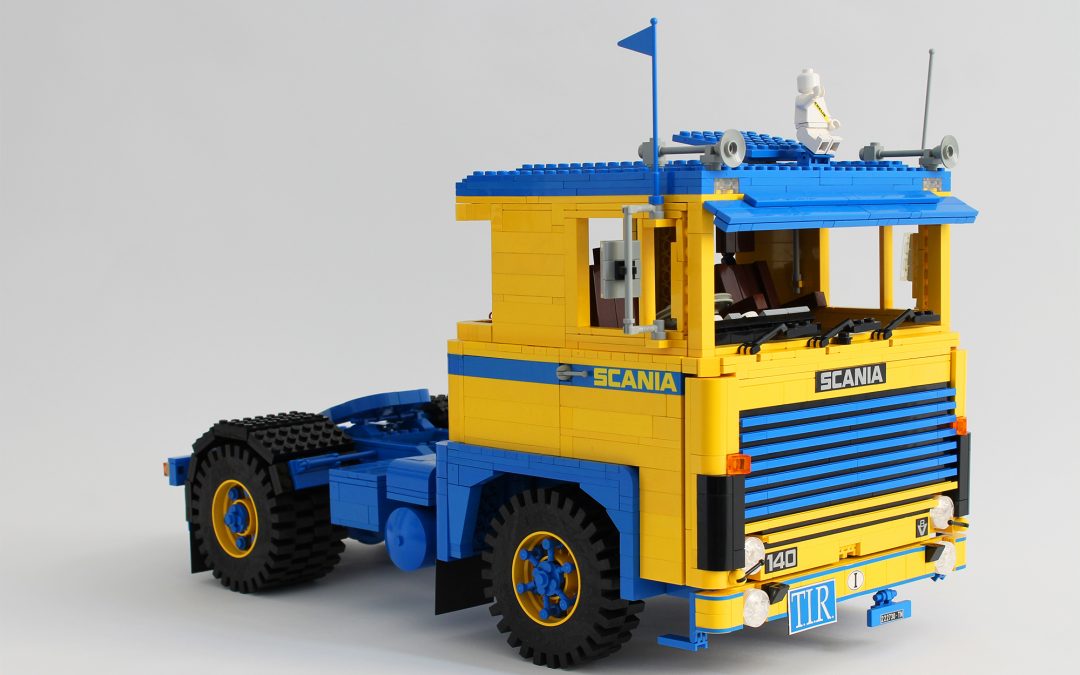 This huge tractor truck is the fifth model of my 1:13 LEGO truck series: the glorious SCANIA LB 140, launched in 1969 by the Swedish manufacturer during the Frankfurt Truck Exhibition. Under the cab it has the legendary V8 engine with 352 HP.
This 140 was registered in Italy on 24th may 1976 and it has been restored in 2010 by the owner of ATS (a northern Italy transport company).
The beautiful colour scheme remembers the Swedish flag and it was used by SCANIA in the seventies during the international truck shows.
I discovered it on an Italian truck magazine and immediately I fell in love with it…I started building at the beginning of 2012 and it was ready on May. 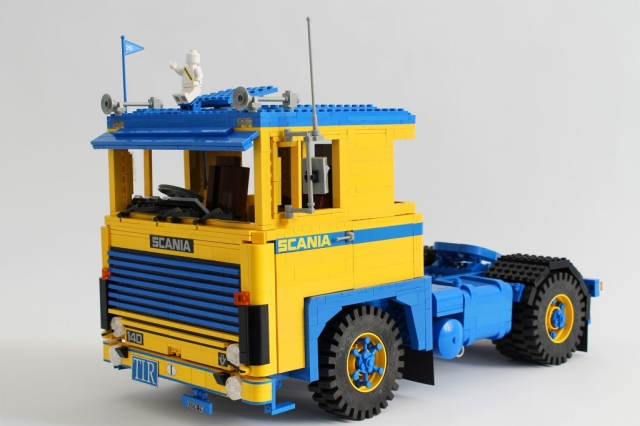 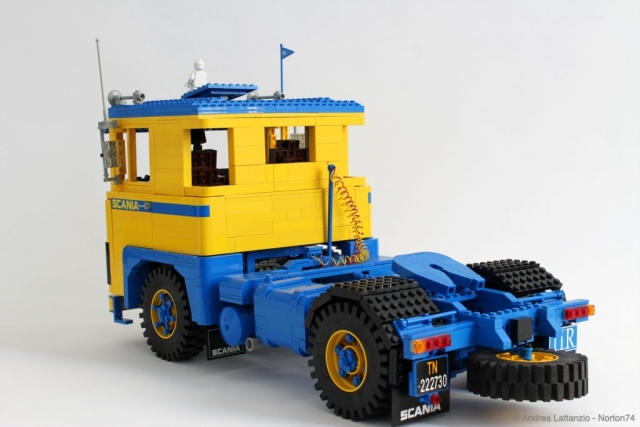 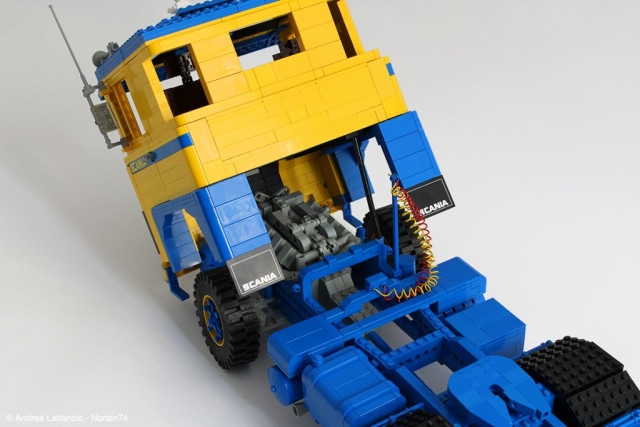 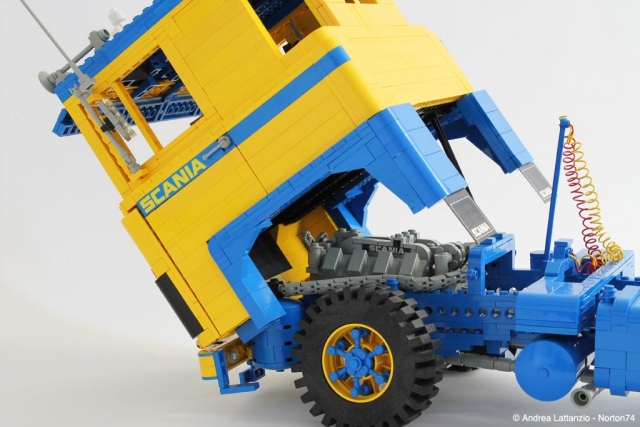 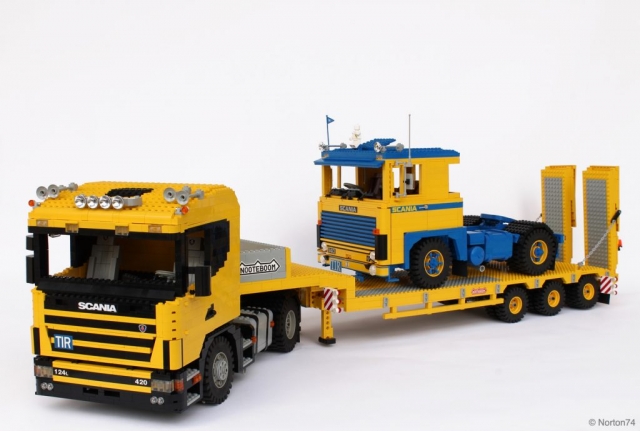 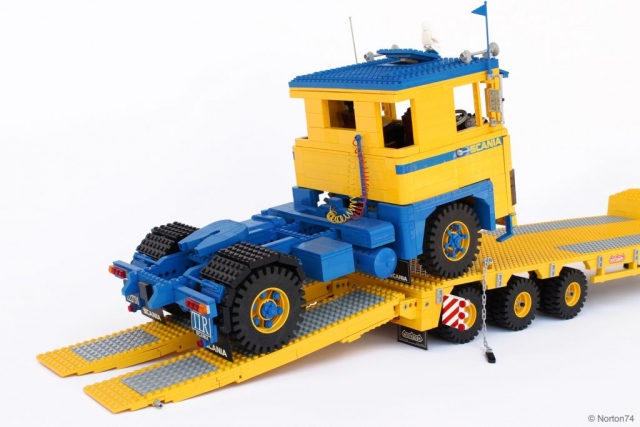 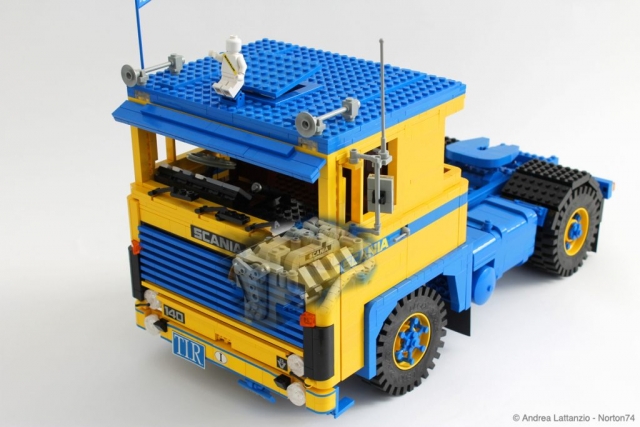 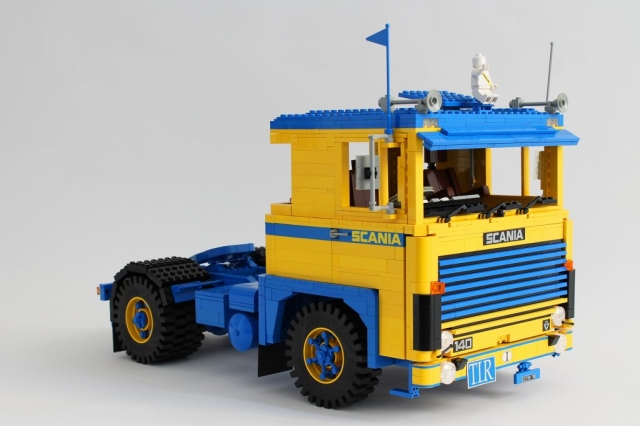 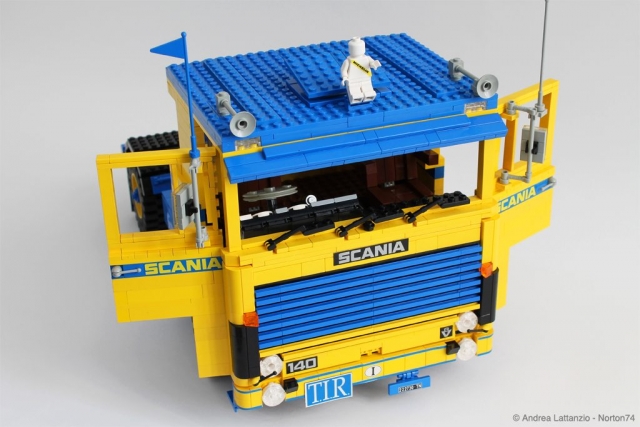 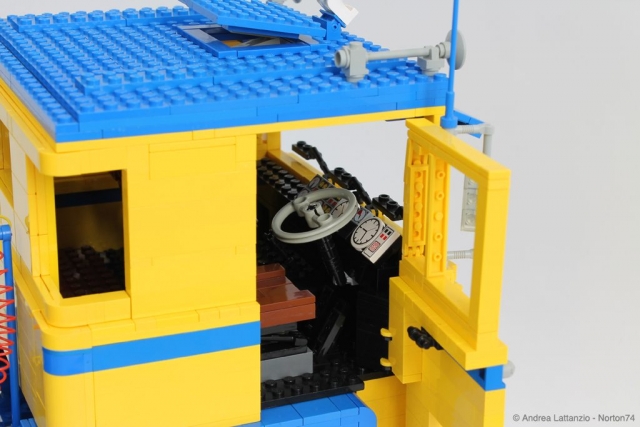 In the pictures below you can see the real Scania spotted in northern Italy plus a little article featured on Tuttotrasporti magazine. 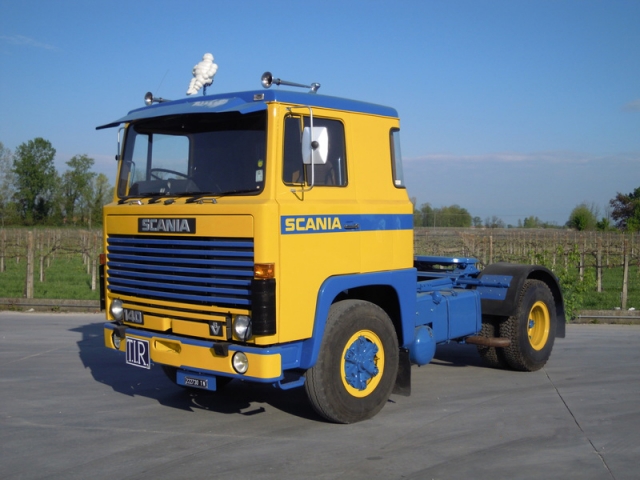 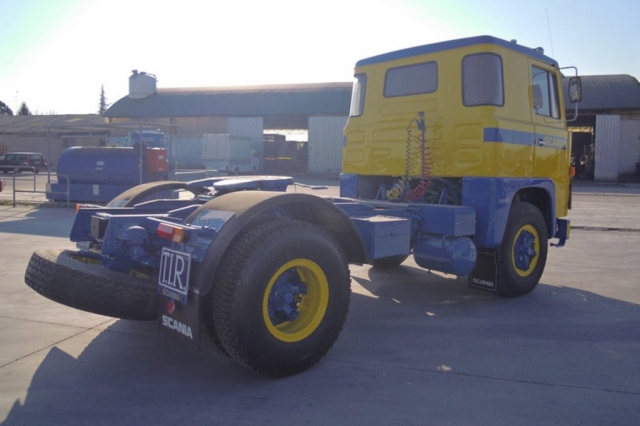 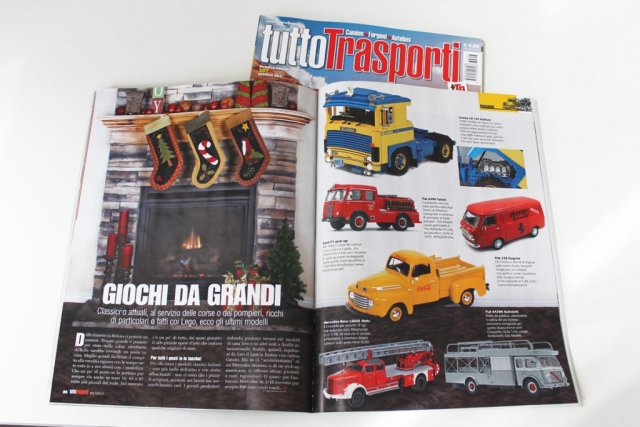