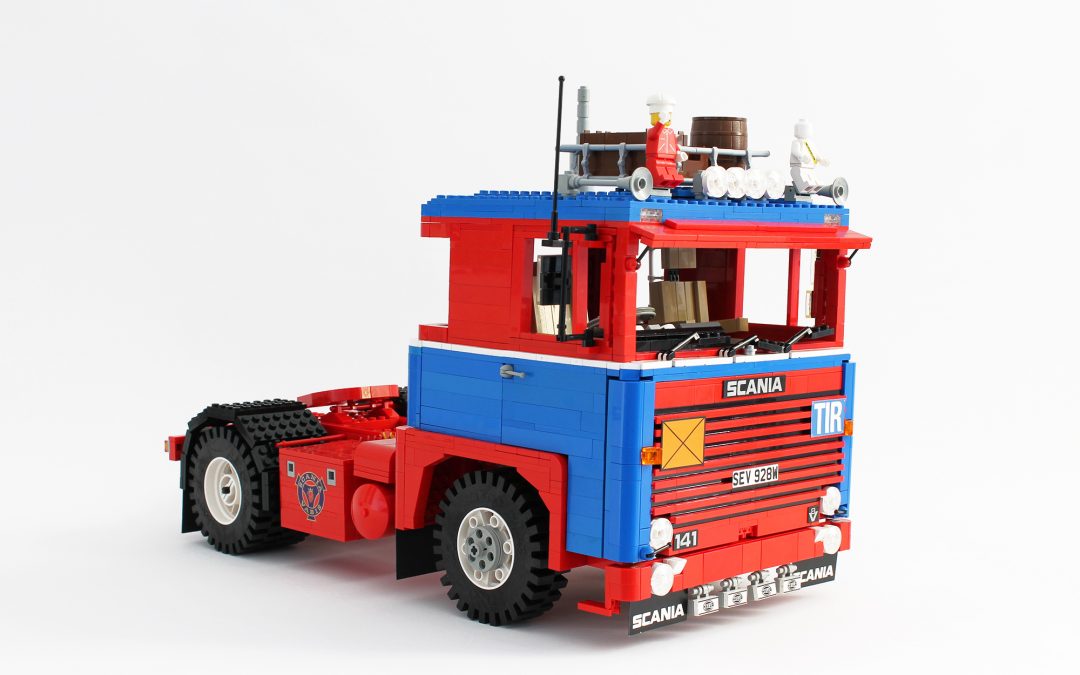 Once finished the 1/13 scale SCANIA LB 140 (the yellow and blue one) as usual I decided to start designing a “brother” with a different motorization and a new colour scheme. In October 2012 I found in a forum for English truckers a SCANIA LB 141 with a very fascinating colour scheme; after reading a lot of posts I discovered it was the 141 used in the seventies by an English hauler located on the Hampshire called “Pat Duffy” (Patrick J Duffy Transport).
In the seventies this 141, with many others “brothers”, operated on traction work hauling other companies trailers all over Europe, it carried loads of Sony TVs to Milan (where I live) also to Barcelona, Lisbon and Athens. The LB 141 was released by the Swedish manufacturer in 1976; it was identical to the 140 but it had a most powerful engine unit (385 HP).

Stunned by the story and the style of “Pat Duffy” tractor in November 2012 I started building the 1/13 LEGO model. On February 2013 it was finished and ready to be placed close to my LB 140 yellow and blue. I love the color scheme and the accessories as the Hella supplemental lights, the side ladder and the luggage rack.
I also like the double english plate on the back and of course the two “mirror mascots” on the roof: Bibendum, the Michelin man, and Flipje (very rare in Italy and so much famous in northern Europe). 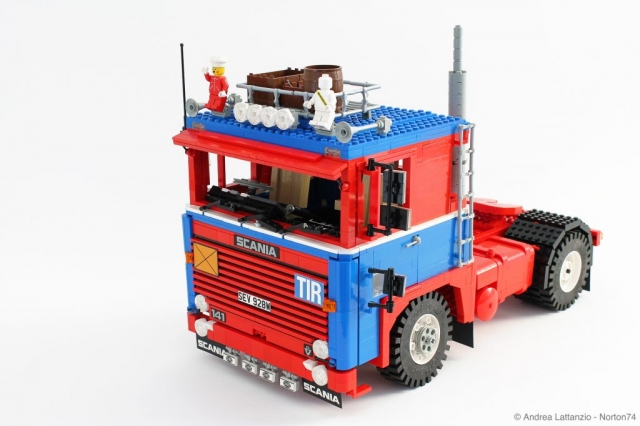 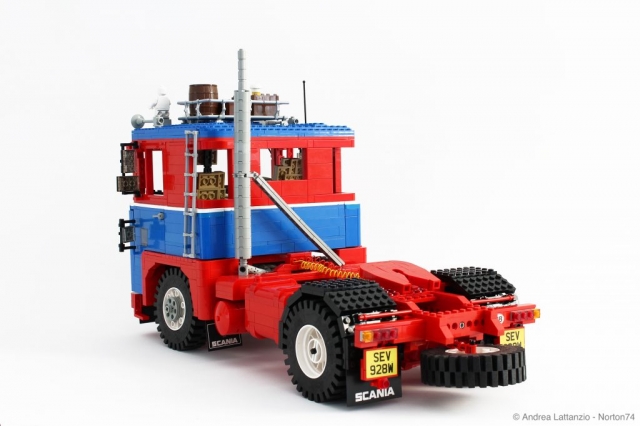 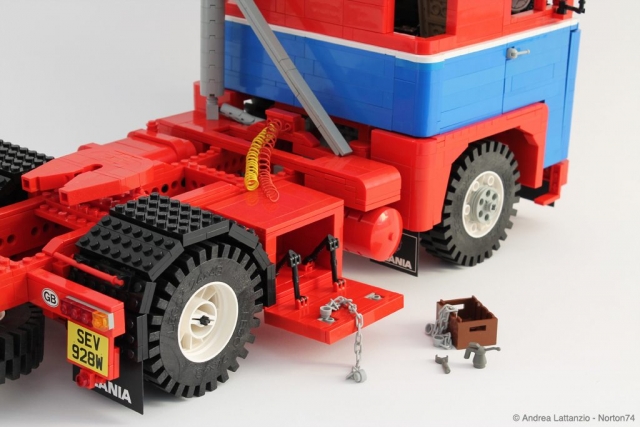 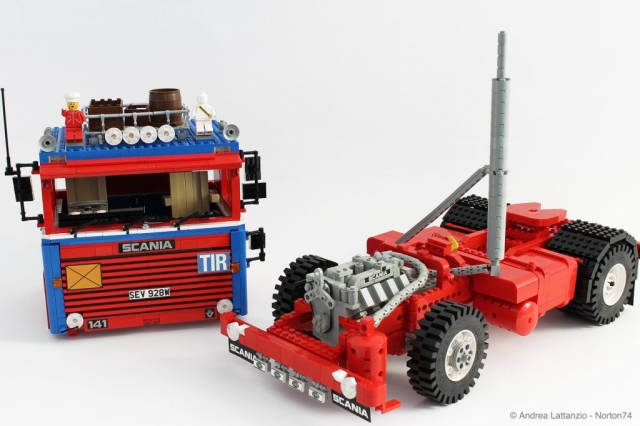 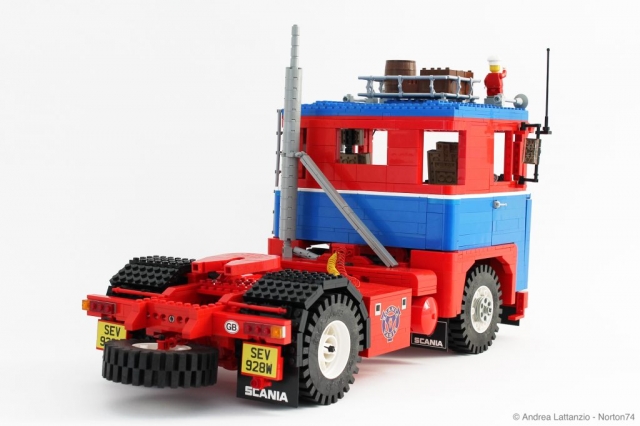 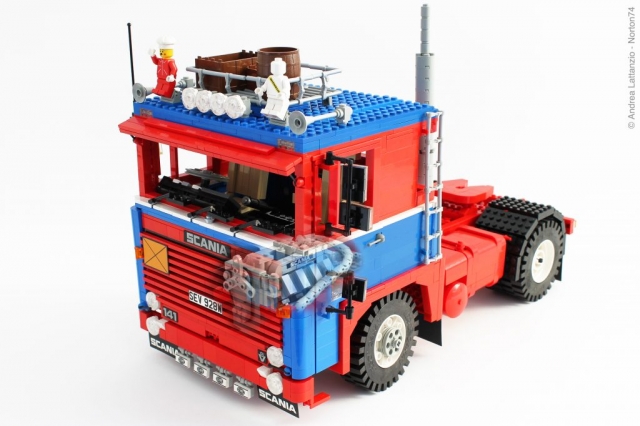 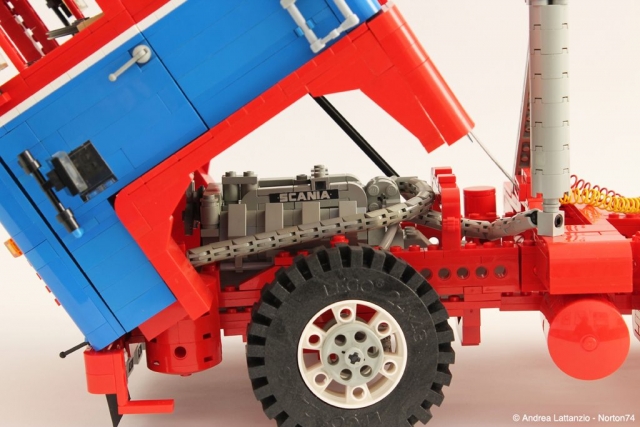 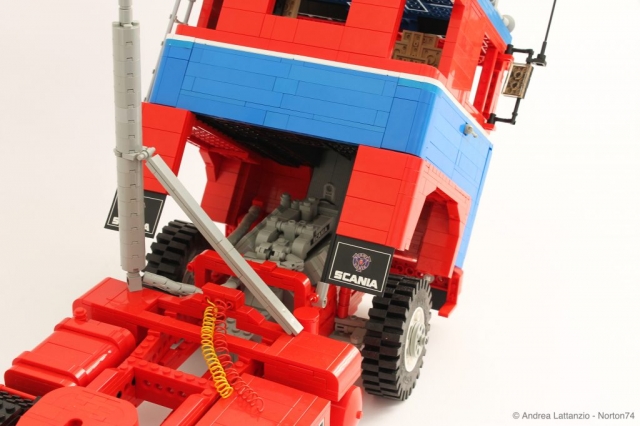 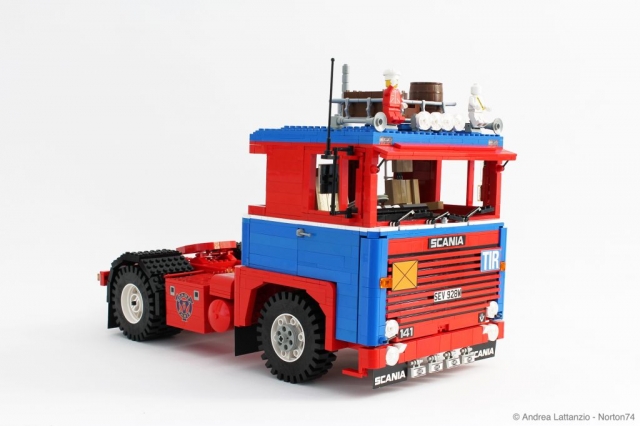 Below few period pictures depicting the “Pat Duffy” at work in the seventies plus an article featuring the truck by Tuttotrasporti magazine. 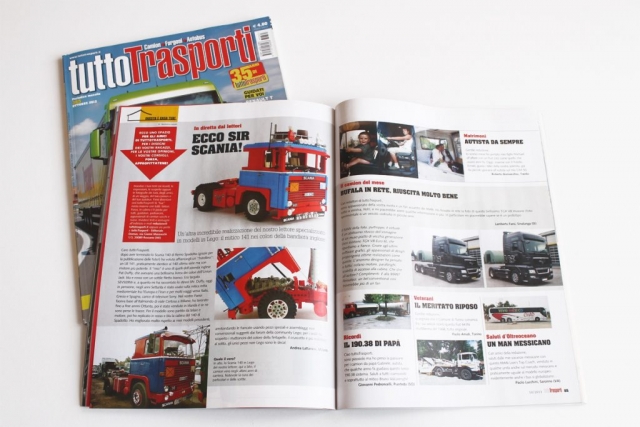 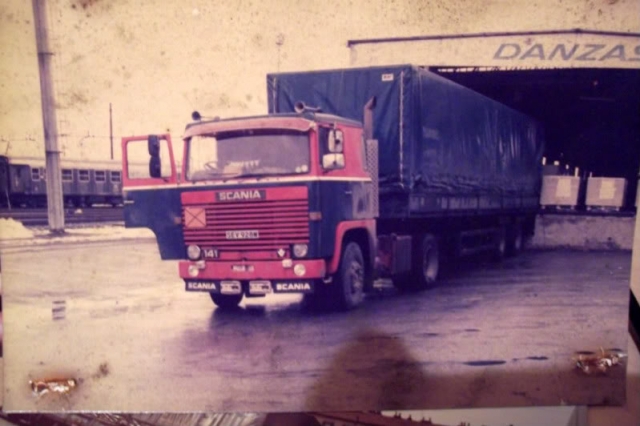 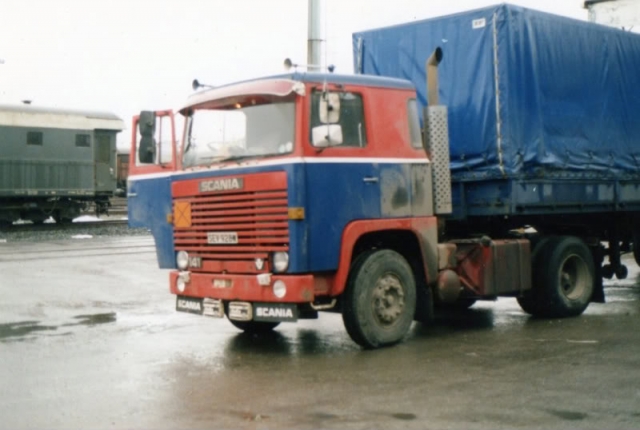 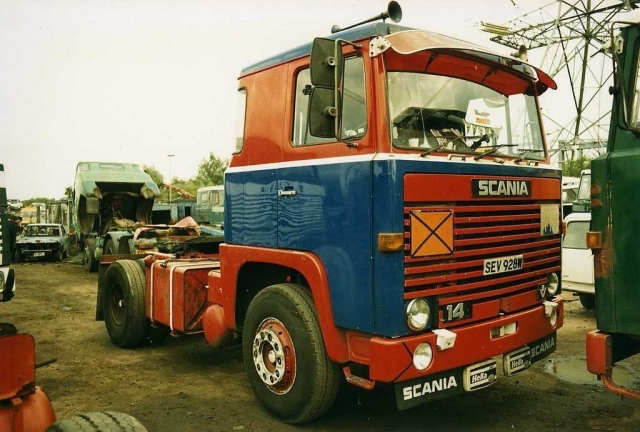