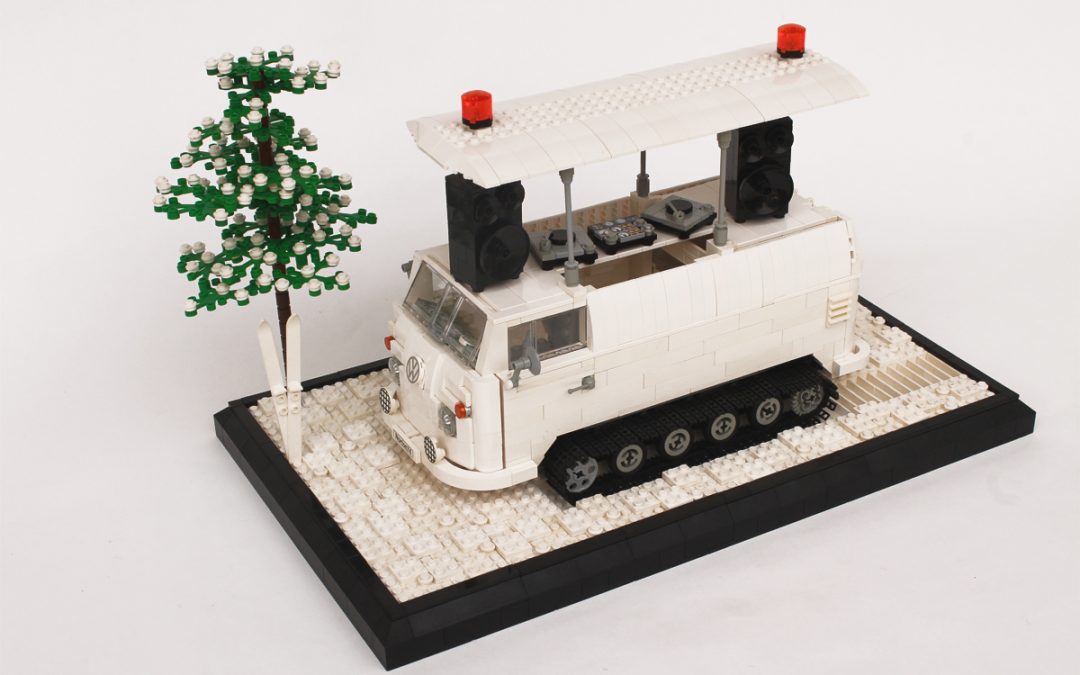 VW’s van has been a favorite of surfers, tradesmen, hippies, couriers, families and more. It has also been popular with customizers. However, few T1s have been altered quite as radically as the white one above.

An Austrian engineer recently retrofitted a 1966 VW Bus Bulli T1 with late-’60s Bombardier caterpillar tracks and a DJ sound system capable of causing an avalanche… The front doors are welded shut – cabin access is now through the sliding rear door on the passenger side – and the stock wheel wells have been filled in. They aren’t necessary anymore because the Adventuremobile isn’t riding on wheels anymore; instead, the Bulli body has been placed on the chassis of a 1960 Bombardier B01 Spurgrat snowcat.
A vintage Ford of Germany Taunus V4 sends power to the left and right tracks via a transmission system that allows the van to move forward, backward, and spin on its own axis. The T1 Snowcat can reach up to 30 mph (50 km/h) in the snow and when parked a DJ booth pops out of the freakin’ roof! Fresh mixes are bumped toward the crowd by way of a 1,000 watt subwoofer, 2 × 300 watt speakers, a five-channel Behringer mixer and a pair of Technics turntables. Not exactly the stuff beginners would use. Let’s the party begin!

To build the LEGO model I started by the LEGO set 10220, modifying it in many parts. The caterpillar tracks are made of old technic link tread; at the beginning I used black wheels for the caterpillar tracks but they were too dark and it was very difficult to distinguish them. So I changed with light gray ones. The side doors and the rear window can be opened. Inside there’s a light gray Ford Taunus V4 engine.
I built an alpine background with snow, a snowy tree and a pair of sky. It has been hard to make photos because the white bricks I used weren’t all new and some of them were yellowed. Also the black isn’t a easy color to shoot… Anyway I took some pictures and I hope you enjoy. 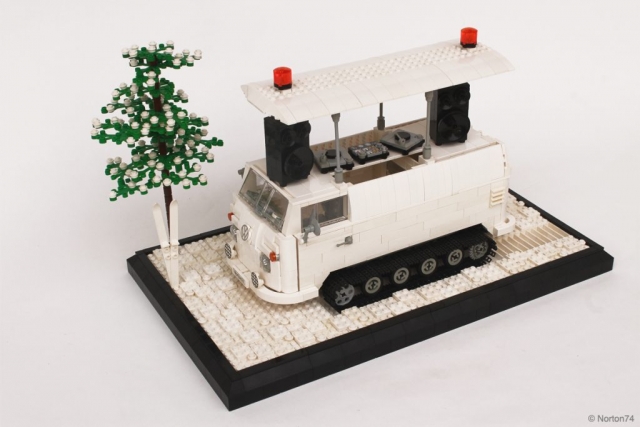 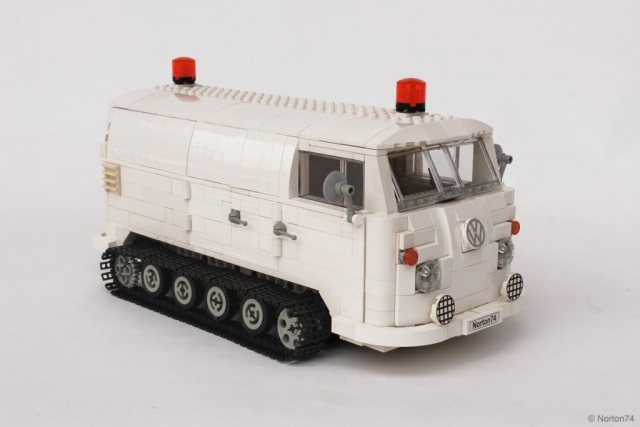 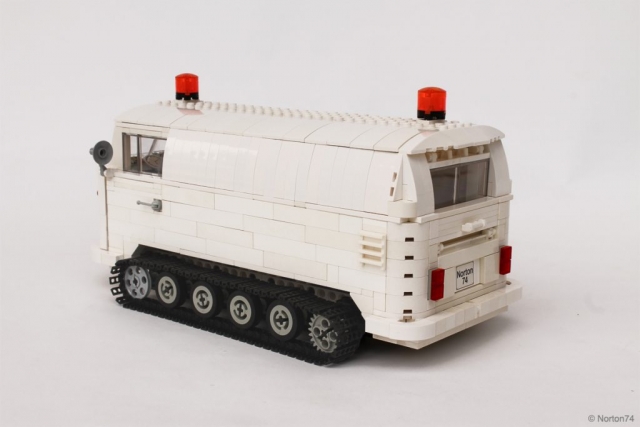 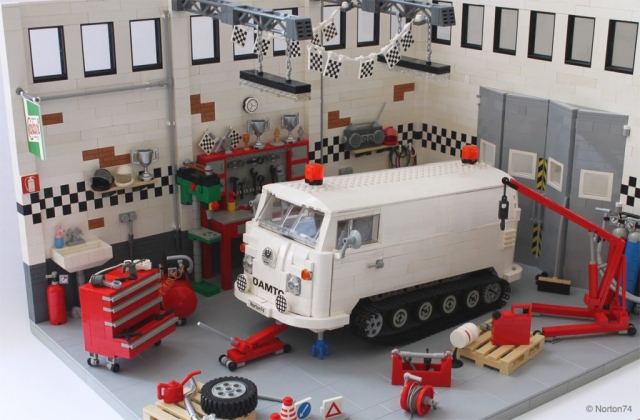 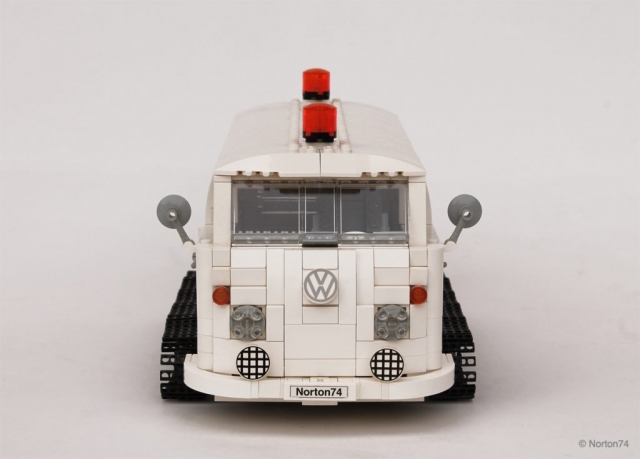 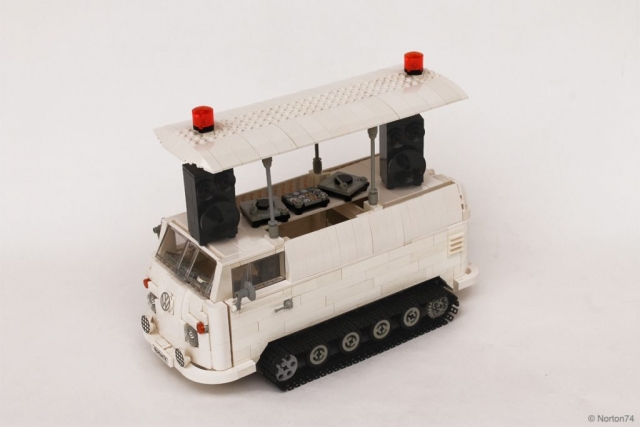 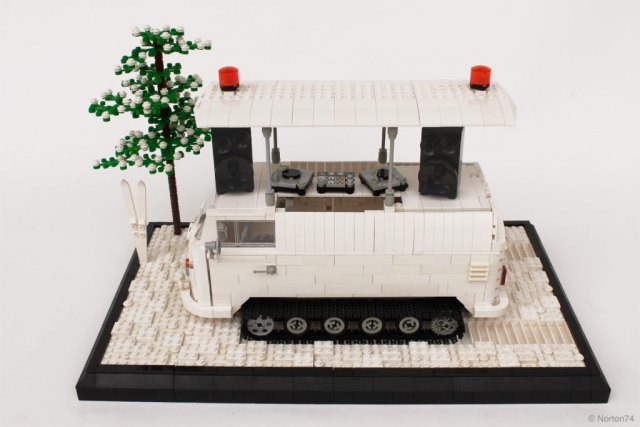 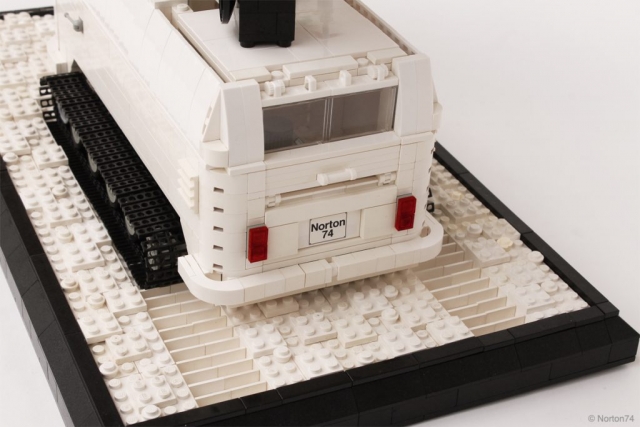 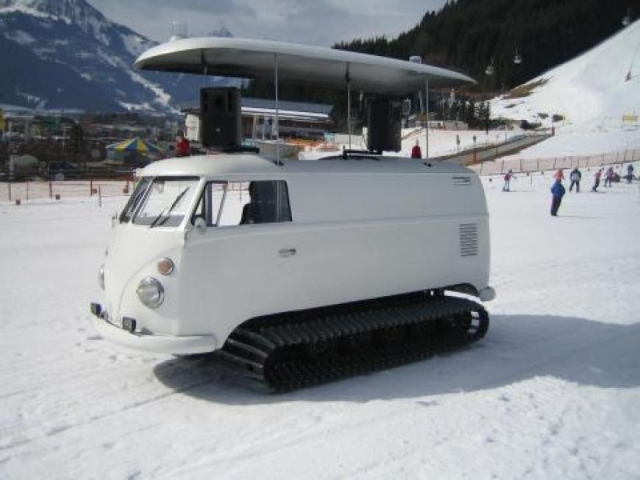