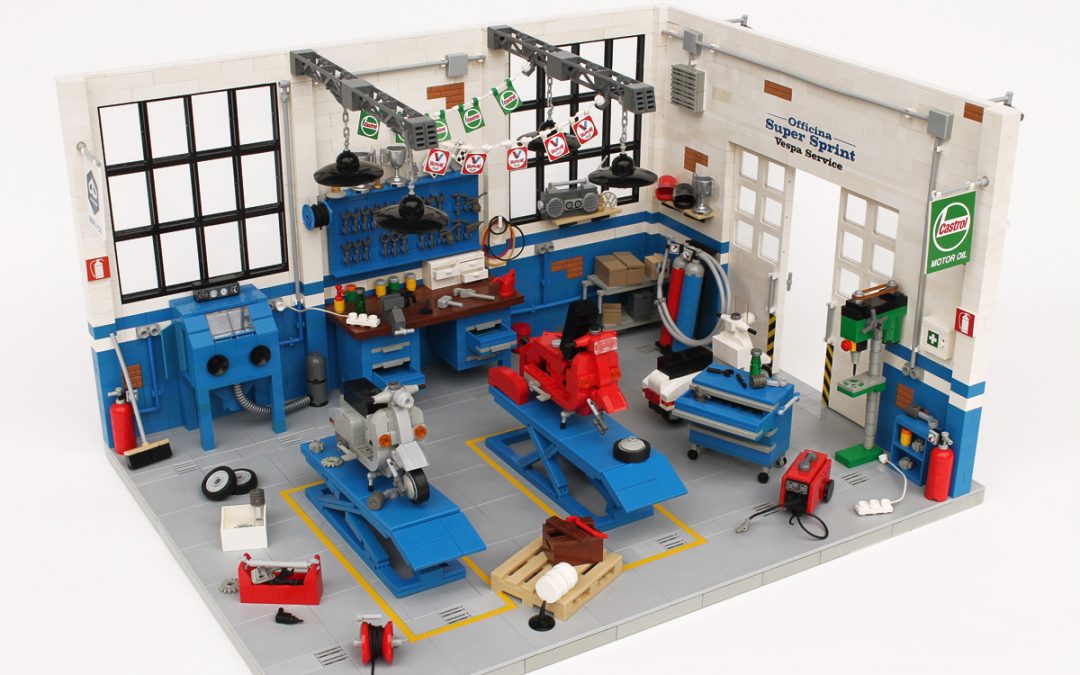 Officina Super Sprint turns twenty in 2015 and to pay tribute for this important anniversary I built the LEGO model of the shop.
Officina Super Sprint is a Vespa specialized workshop. It was founded in 1995 by two friends, one of them is also an AFOL (Adult Fan Of LEGO) known as Norton74…yes, that’s me. This MOC is called “Dream Garage” and follows “Garage Life”, the oldtimer Volkswagen workshop I built and presented in 2014.

“Dream Garage” features many tools and details. Let’s take a look. A wooden workbench, with wrenches and vise, is positioned at the center of the workshop. On the left of the workbench is positioned the sandblaster. There’re two wide windows and two big sliding doors. Details are everywhere: checkered flags, advertising signs, trophies, extension cords and more… 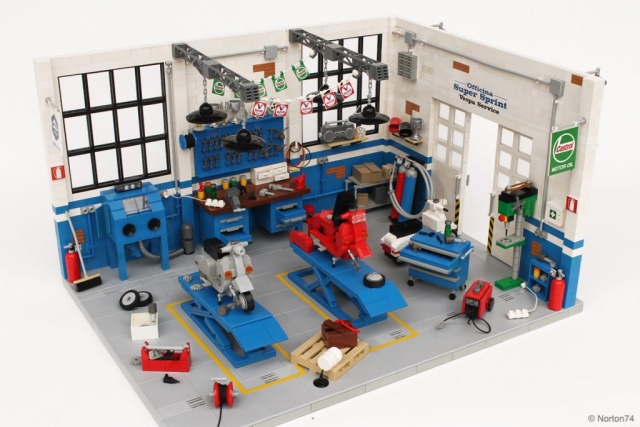 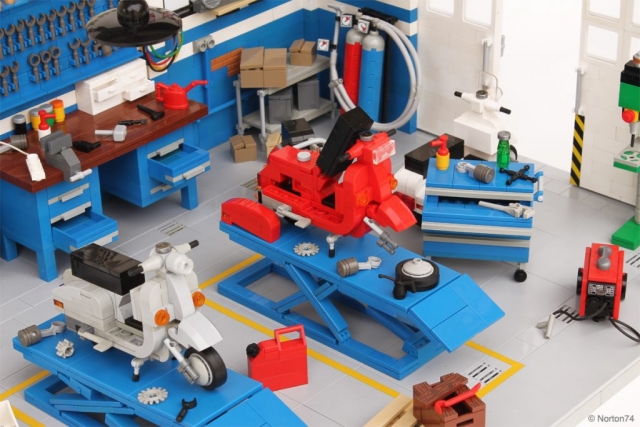 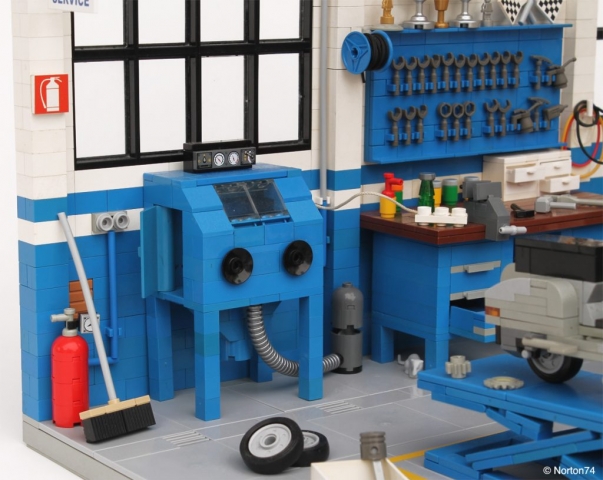 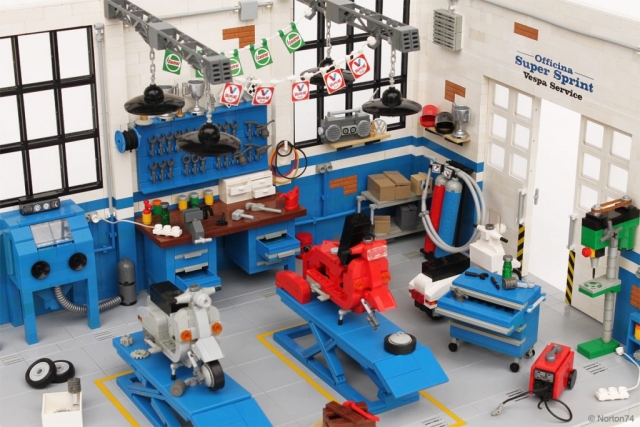 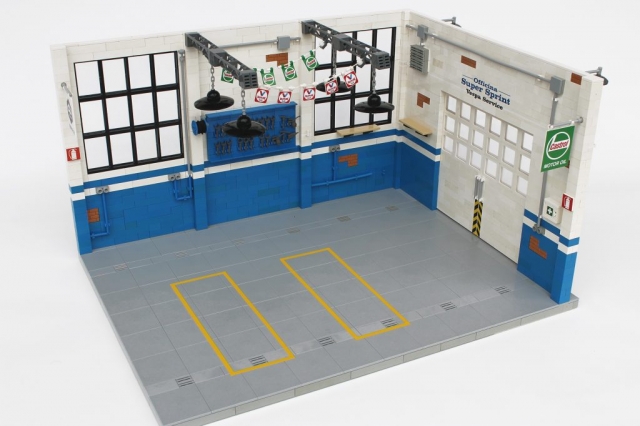 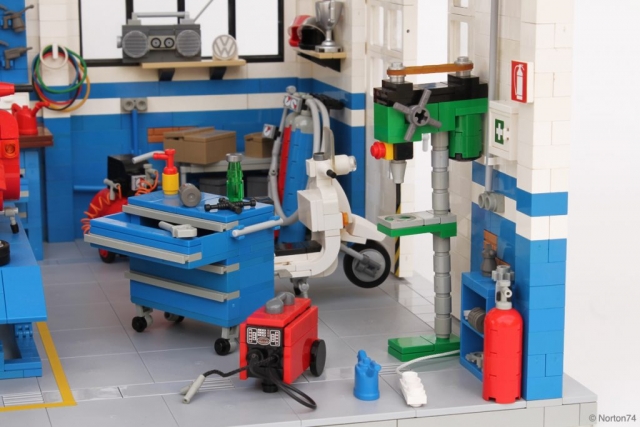 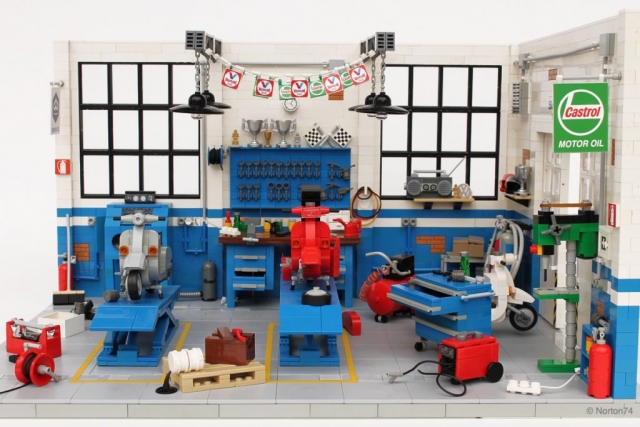 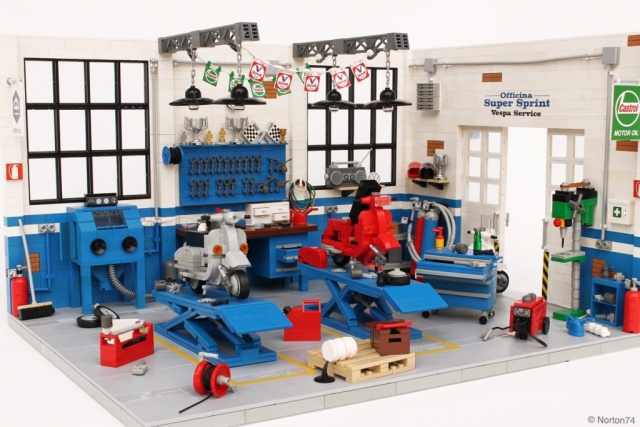 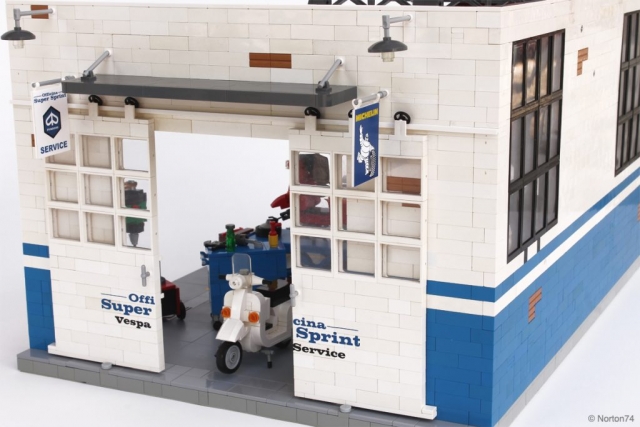 There are also a mobile roller cabinet with four drawers, the air compressor (a little bit hidden, behind the right lift), the oxy-acetylene welder, the electric welder and the column drill press.
In the middle there are two hydraulic scissor lifts to easily work on the Vespas. Last but not least the Garage features three Vespas: two Vespa PX and one Vespa T5 (the one with the square front light). 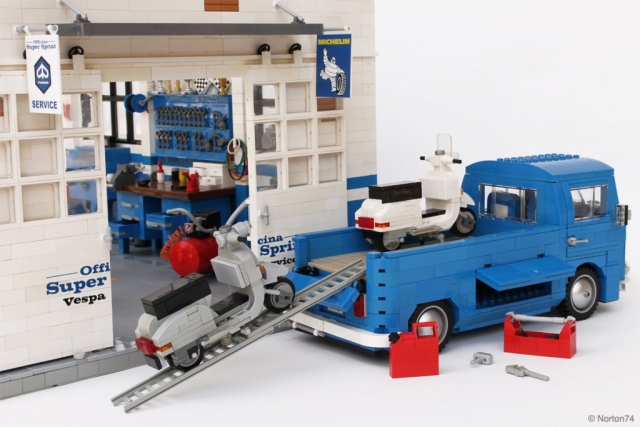 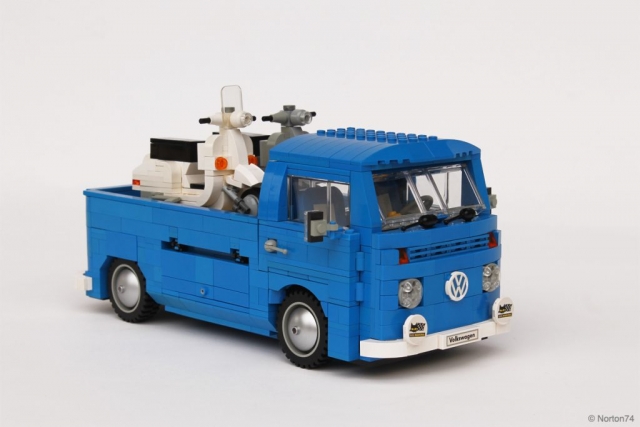 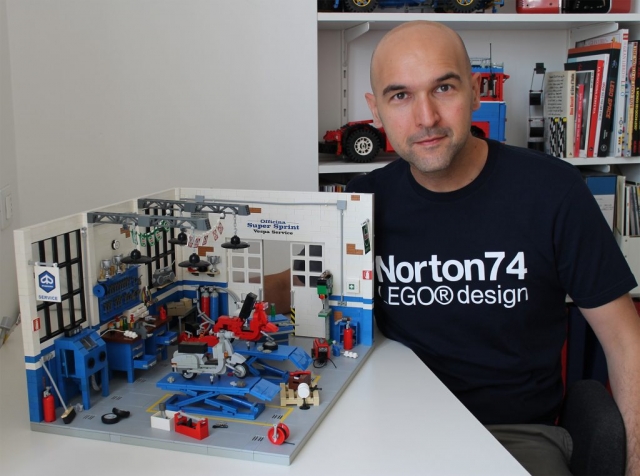 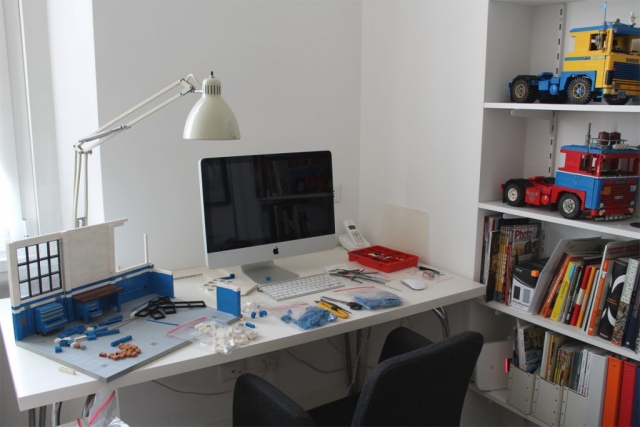 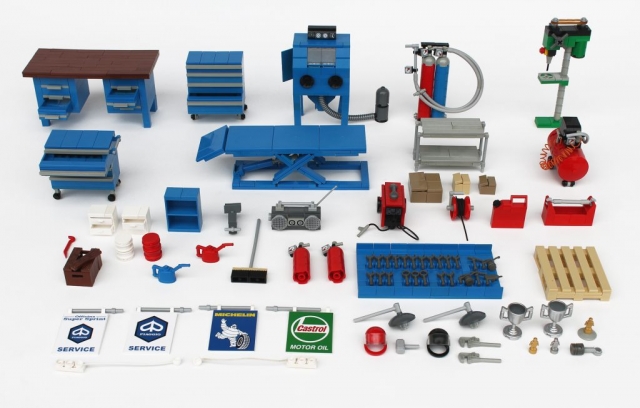 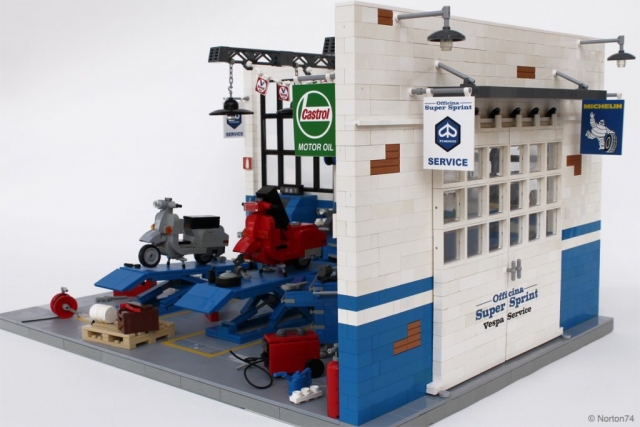