During the seventies, in the United States, an unusual car trend spread: the “Show Rods”. This kind of cars, built from the ground up, were distinguished by an unconventional design, brilliant colors and amazing craftsmanship. Their engines were extremely powerful, yet they rarely touched the road. In other words, these cars were meant to be looked at, not driven. Yes, Show Rods were paradoxical (source: “Classic Plastic” by Rick Polizzi).

One of the most famous “Show Rod” designer was Tom Daniel who in 1967 designed the “Beer Wagon” for Monogram, the well known scale models manufacturer. Here my LEGO replica of the Beer Wagon based on antique Mack Bulldog chain drive rear end. It features:

Tom Daniel’s Beer Wagon is for sure the wildest beer haulin’ drag machine all around. 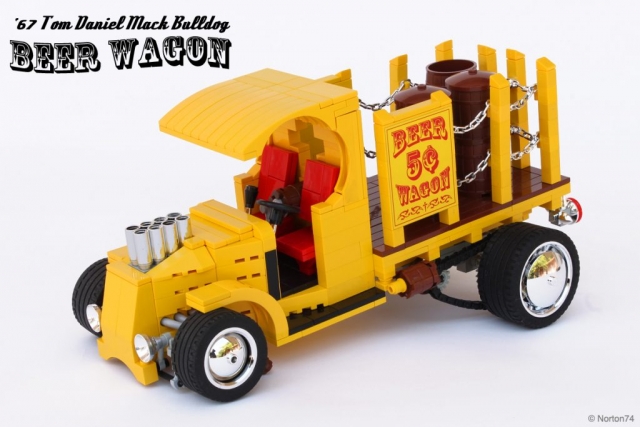 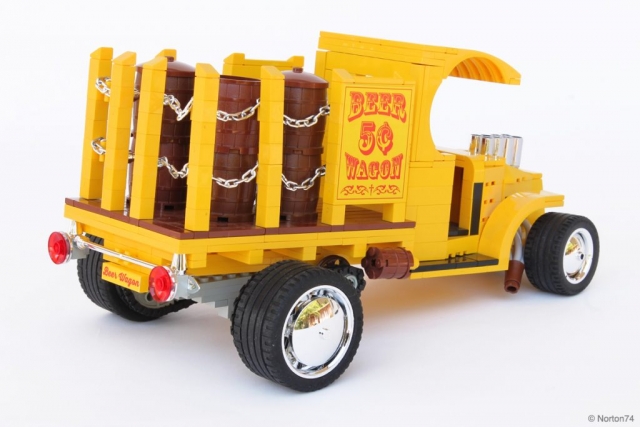 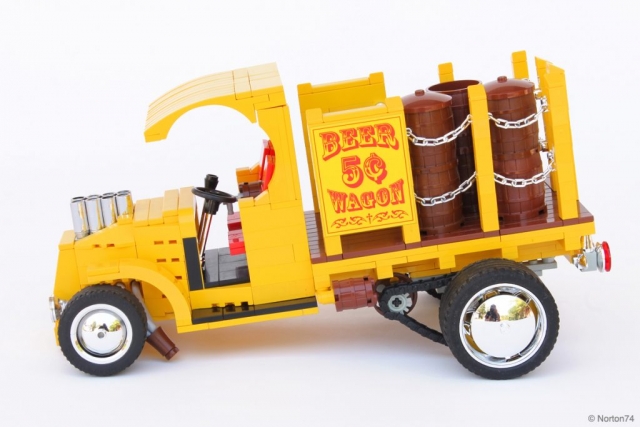 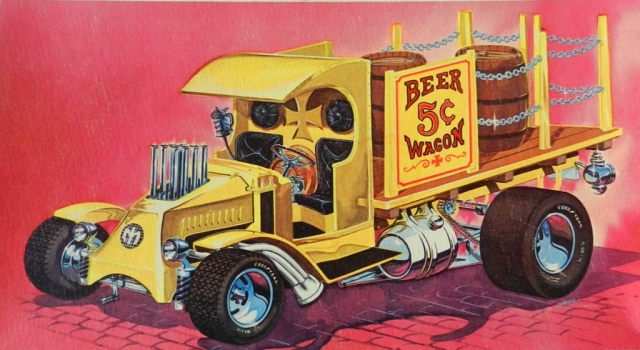 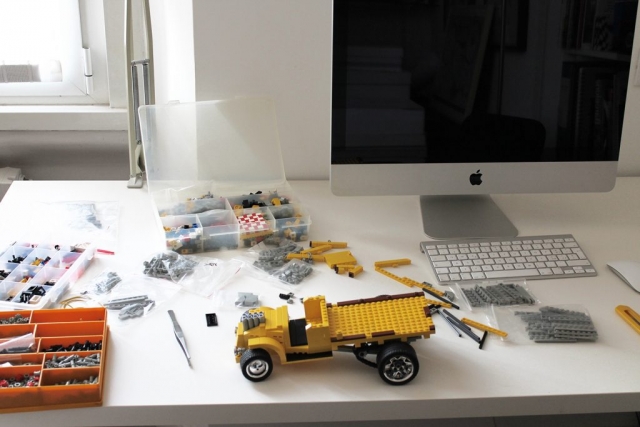