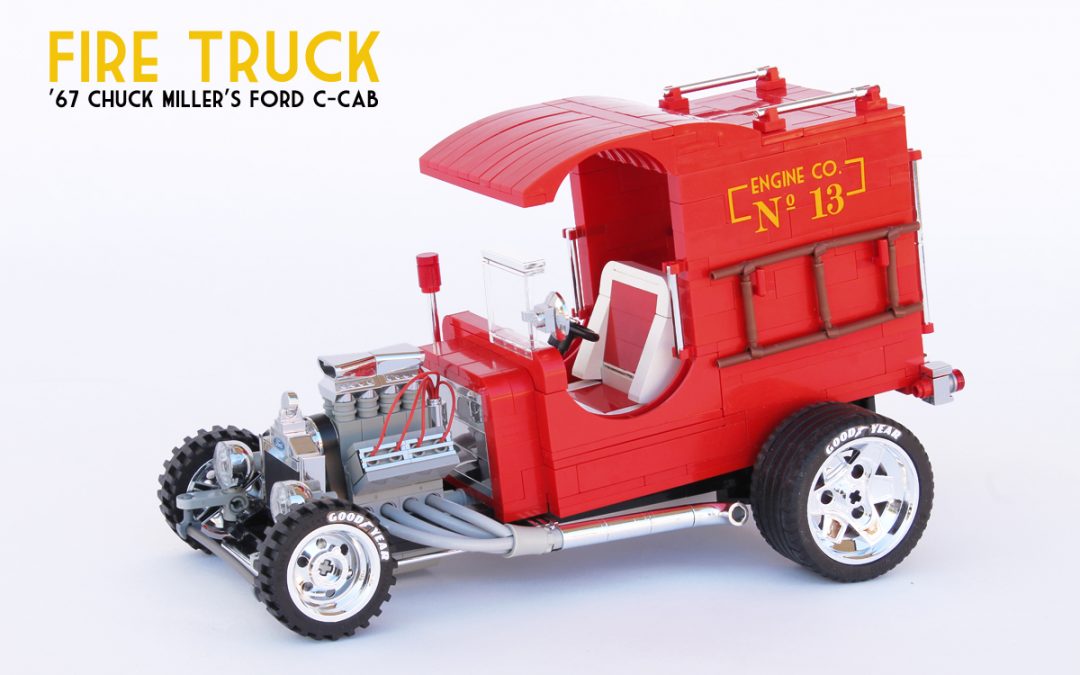 This crazy machine is my LEGO replica of the well known “Fire Truck” , a Show Rod designed in 1967 by legendary Chuck Miller .
Miller founded Styline Customs in Detroit in the late 1960s, specialized in building custom and concept cars designed to attract attention and win awards.
One of his major successes came at the 1968 Detroit Autorama, where he won the prestigious Ridler Award with the “Fire Truck”.
My LEGO model features many details:

Inside the Cab there are a fire extingusher, an axe, a pick and a fire helmet from Fabuland theme. I also used many chromed bricks. While the Fire Truck could be driven on the street, it was really designed to win custom cars shows, and it succeeded decisively, taking the coveted Detroit Autorama Ridler Award in 1968. 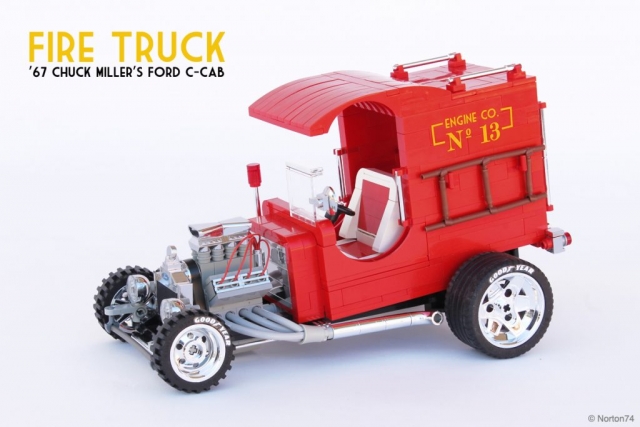 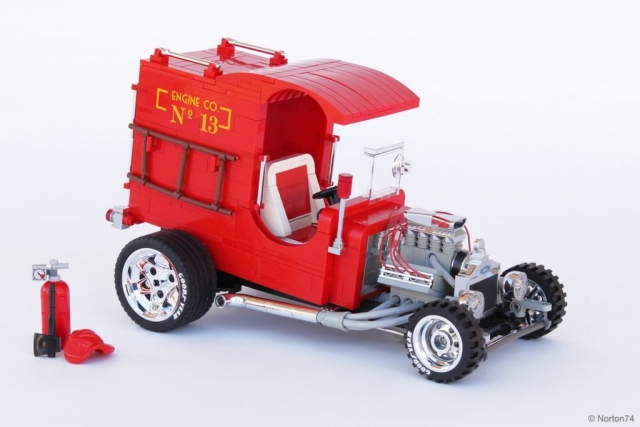 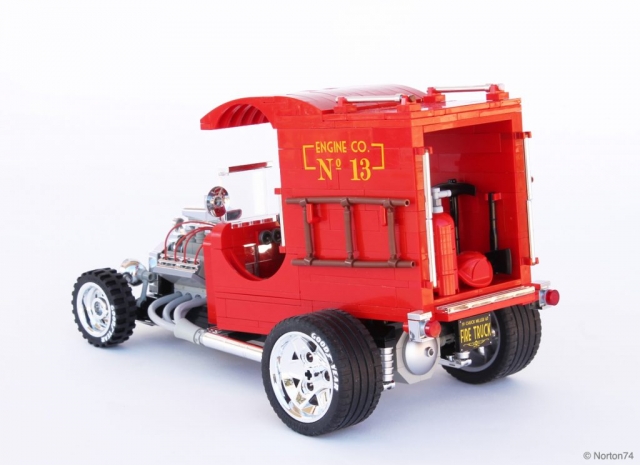 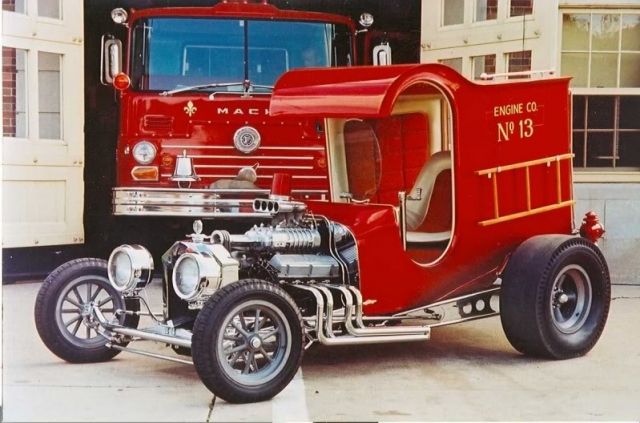 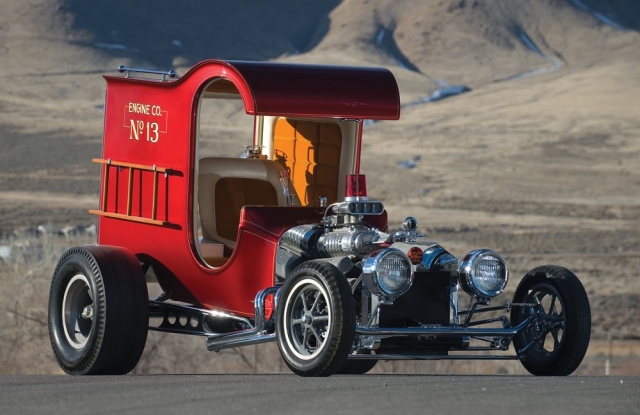 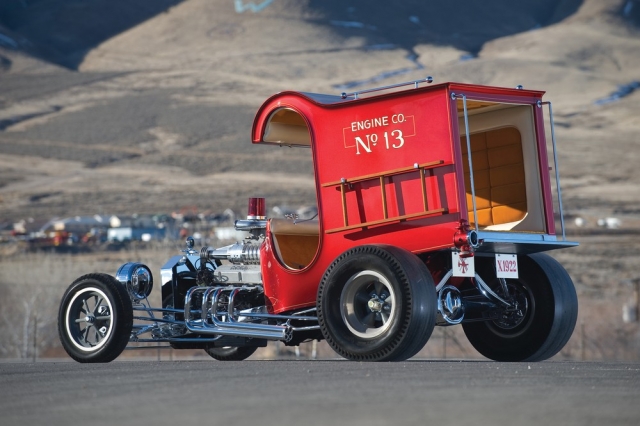 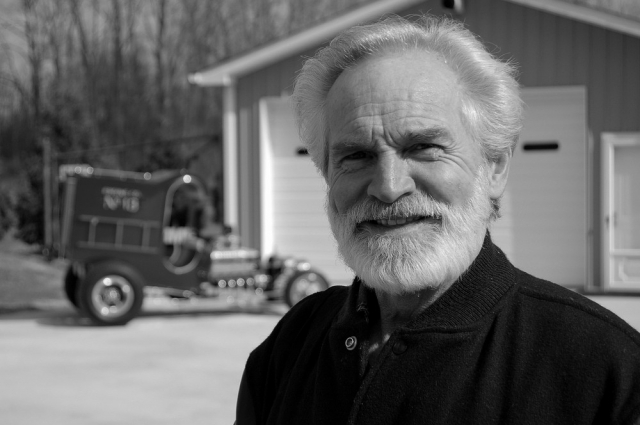