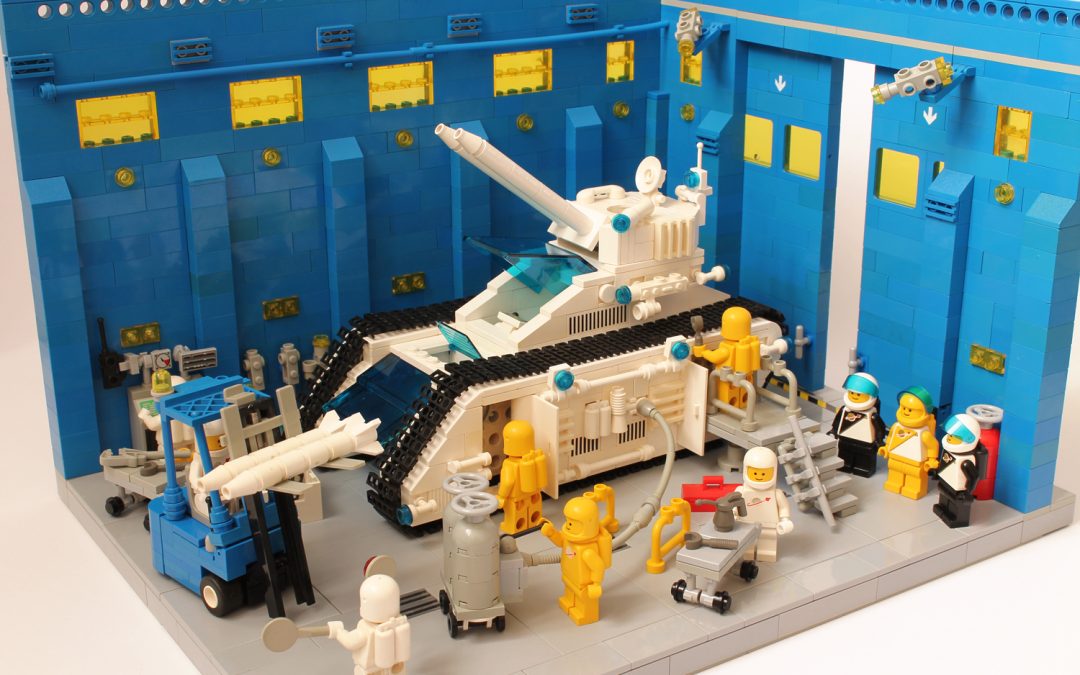 Futuron* was a peaceful and friendly population. Their ground vehicles and spacecrafts were designed to explore new planets and new dimensions indeed. But something is changing: a black menace is coming from the deep space, its name is Blacktron. The black men want to attack the Futuron people probably to steal the sought after and valued Monorail. To prevent the Blacktron attack a new armored vehicle is ready to fire: the “White Tiger”. This medium-class tank features 2 middle-range surface-to-air guns, a rotating turret and a crew of three (the commander, the driver and the gunner). The nick name is a tribute to the invincible german “White Tiger” from WWII.
Will the “Tiger” be able to destroy the black menace?
You can also see the “Tiger” at the maintenance bay where Classic Space men are fixing and refueling it before a mission. 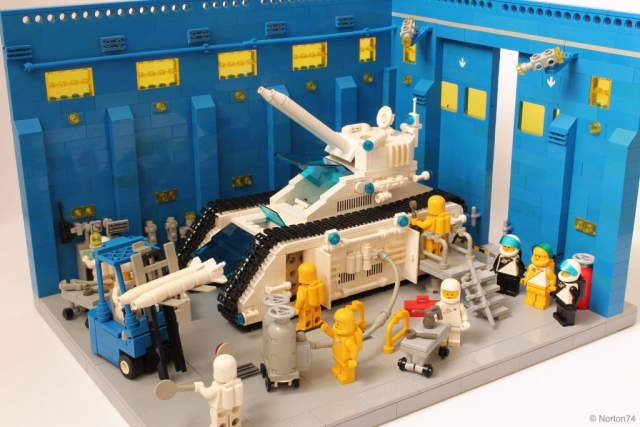 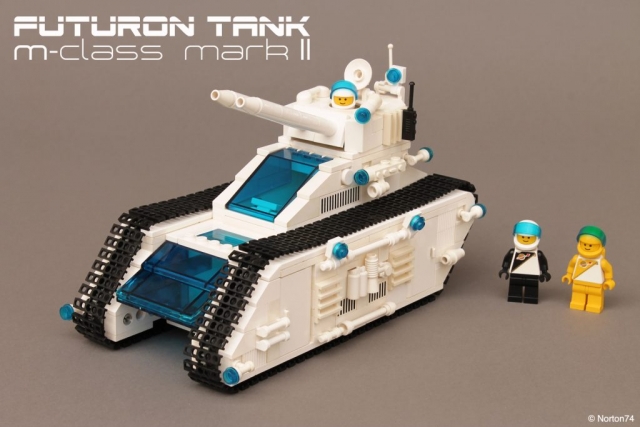 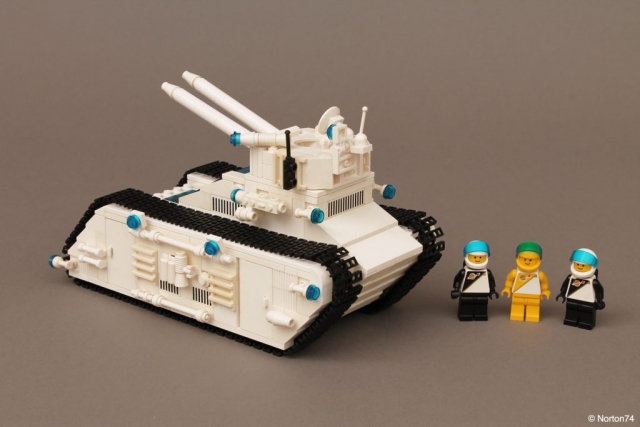 *Futuron was a subtheme of LEGO Space released between 1987 and 1990 to replace Classic Space series.