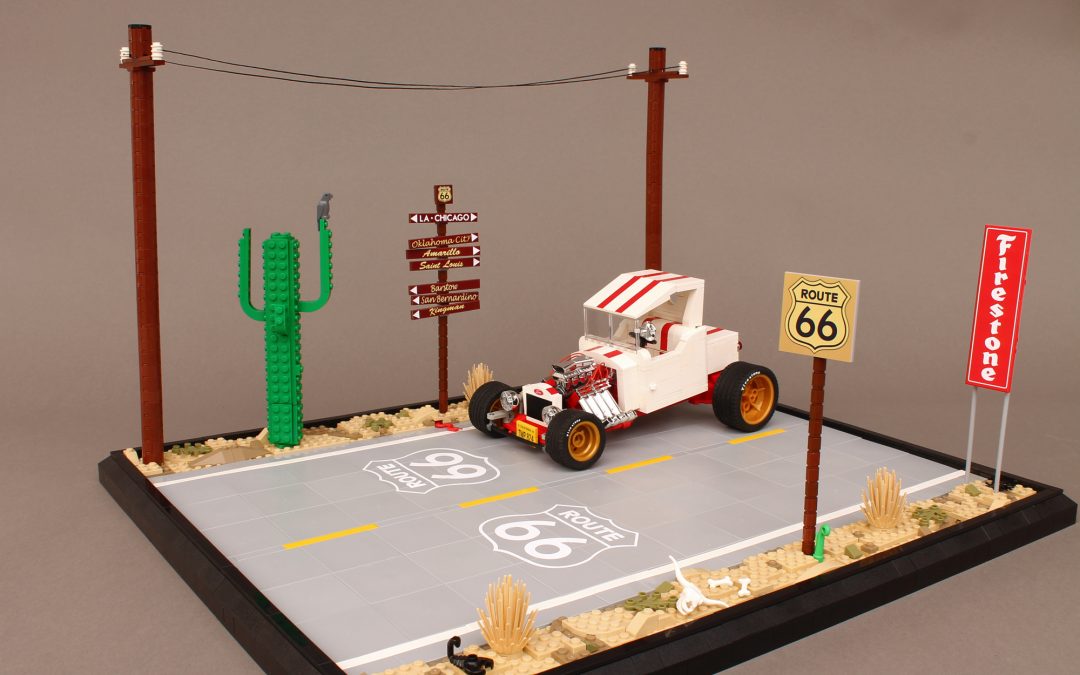 Get your kicks on Route 66…

U.S. Route 66, also known as the Mother Road, is propably the most iconic road in the world. It was established on Nov. 11, 1926, and originally ran from Chicago, Illinois, ending at Santa Monica, California, covering a total of 3,940 km (2,448 miles).
The first time I heard about Route 66 was many years ago when I listened the Rolling Stones playing “Get your kicks on Route 66”. From that moment on I loved the 66 and especially all the buildings, the art deco’ gas stations and the advertising signs along the road. I built a little piece of the Route to present my latest Hot Rod that has a great story at its back too. Discover the story below. 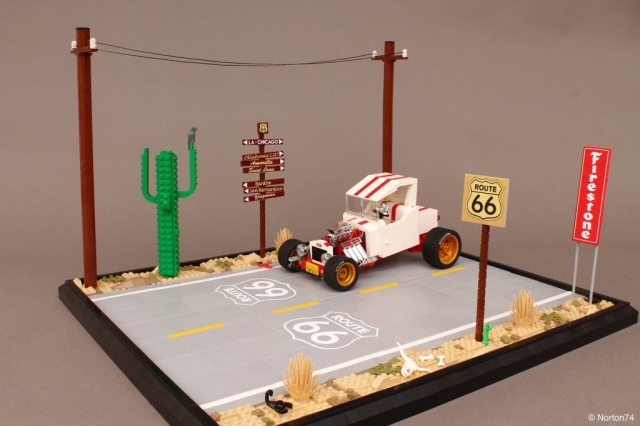 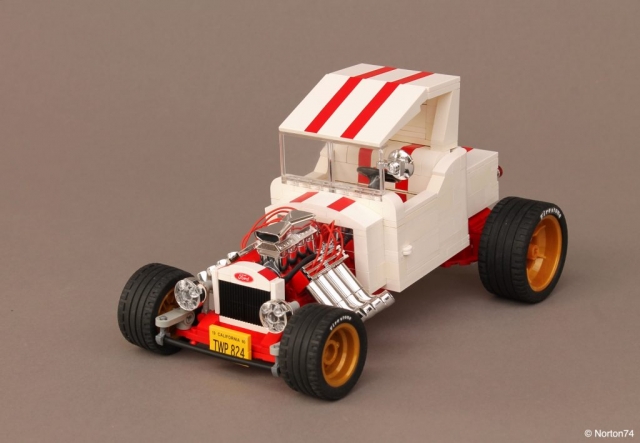 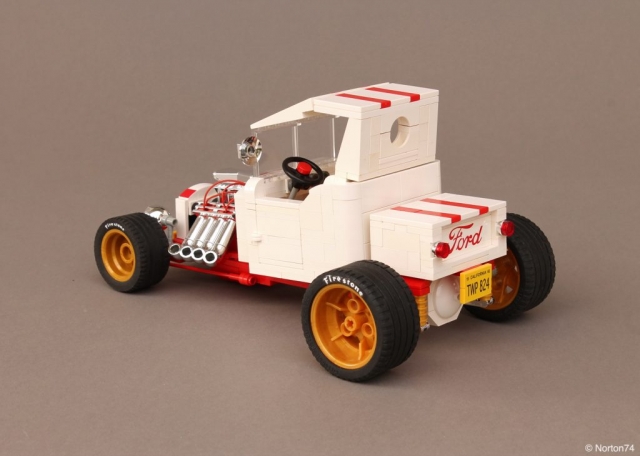 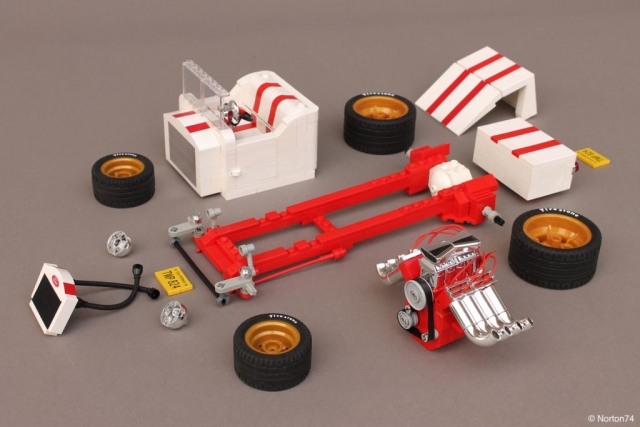 ’23 Ford “T” roadster: from SoCal to Oslo.
The red/white machine in the pic was owned and raced by Hayward V-Eights member Lee A. Jagla of Hayward, California.
Lee got the hot rod as a gift from his parents for his high school graduation in 1960. In 1965 the “T” went into storage, and spent the next 48 years locked up in a dry garage. When Lee passed away, his daughter sold the old hot rod as part of her dad’s estate. In 2014 it was advertised for sale on eBay. Jon Aksel Lier of Tønsberg, Norway, found the listing and won it. California Shipping helped Jon ship the old hot rod across the ocean to Norway. It was sent in September of 2014, and arrived in Oslo a month later. Jon Aksel brought the car to his garage in Lårdal, and spent the Winter working on it, getting it ready for the 2015 season (source: kustomrama.com).
Now he happily drives a truly piece of american kustom kulture! 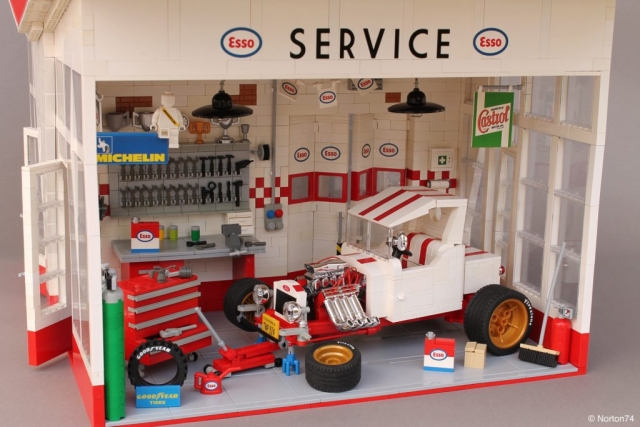 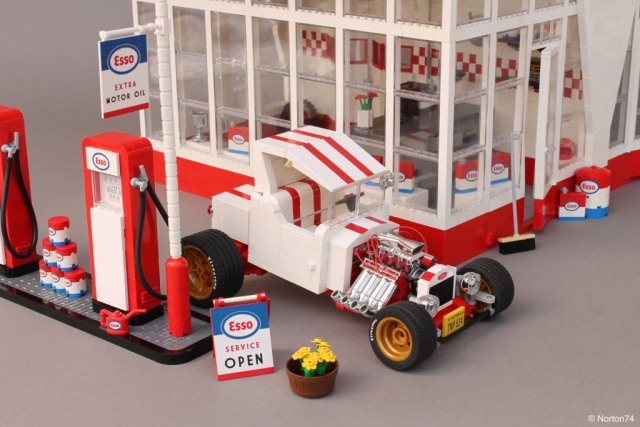 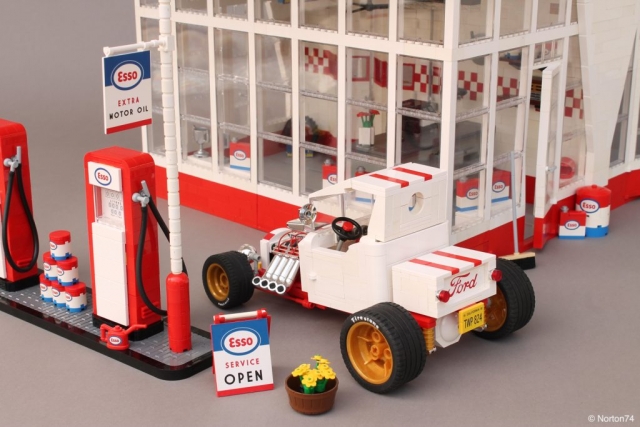 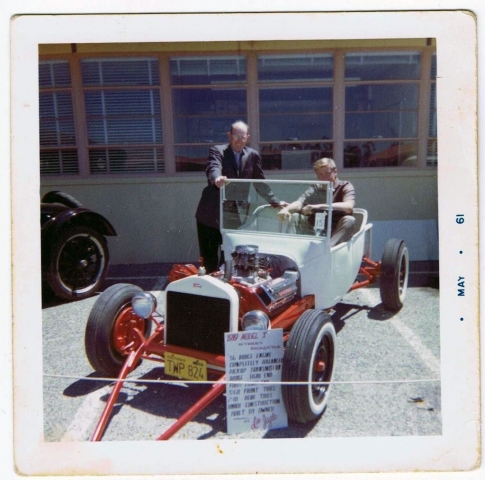