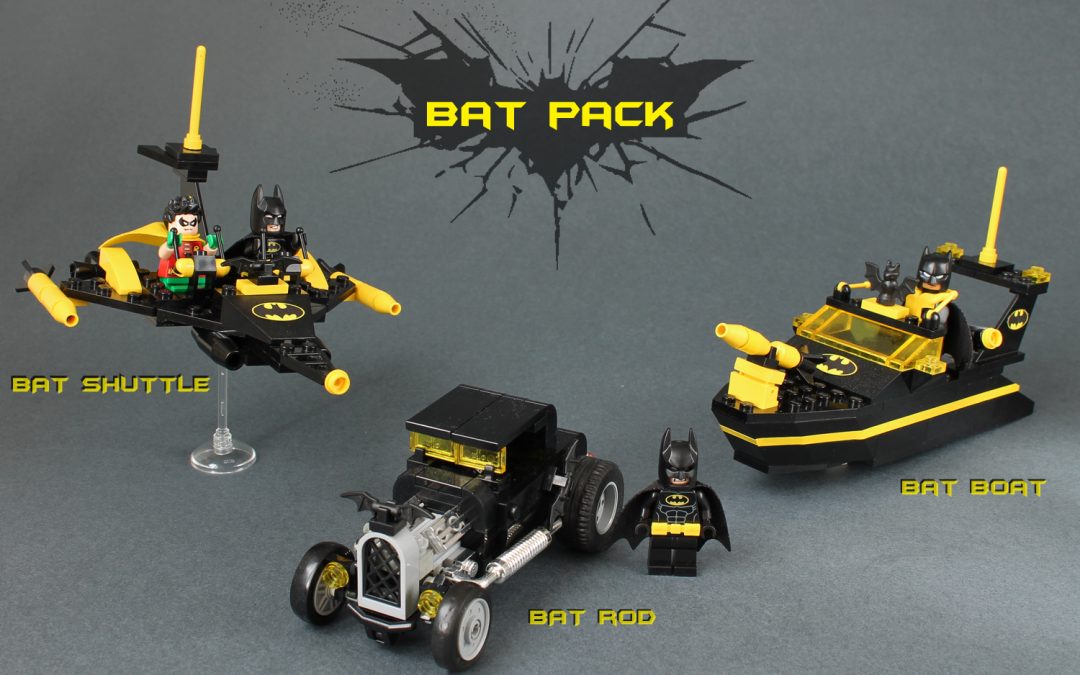 A selection of BAT works.

The first build is a Maxifigure of the DC super hero. It seems a standard character equipped with a utility belt but…inside there is a surprise: a little Batcave full of weapons and other interesting stuff. This is really something different from my usual builds, but with two little children around I was obliged to build the Gotham crime-fighter, and yes it’s been a funny work. 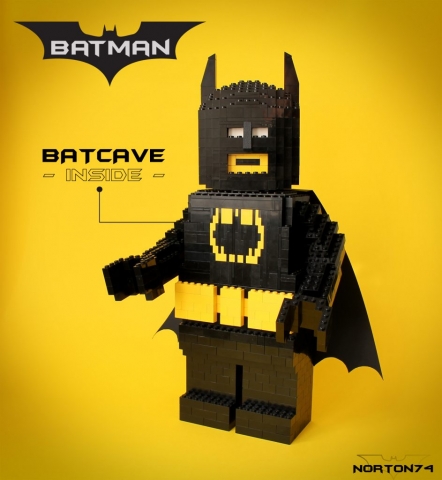 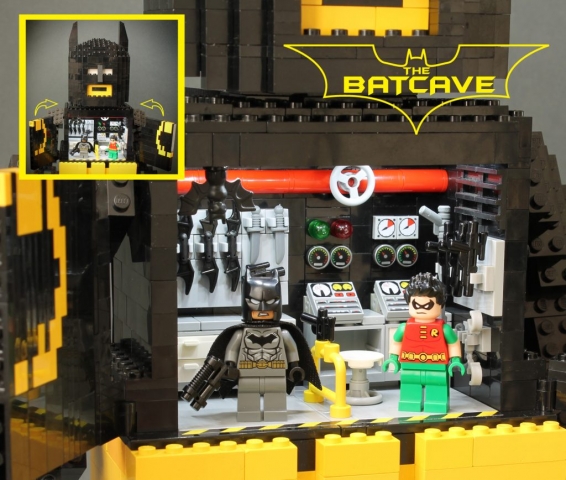 Below three creations decked out in Batman livery: the Bat Shuttle, the Bat Boat and the Bat Rod. 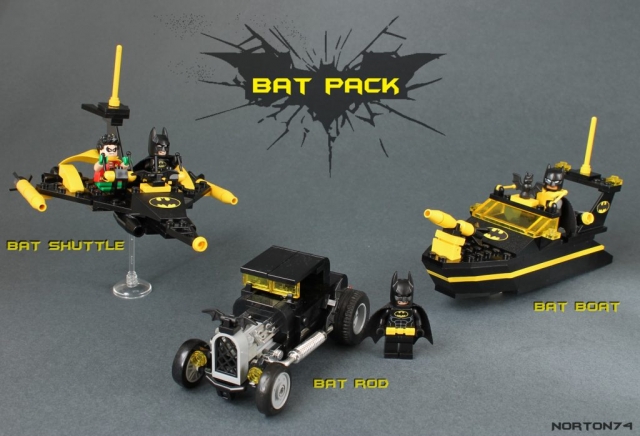 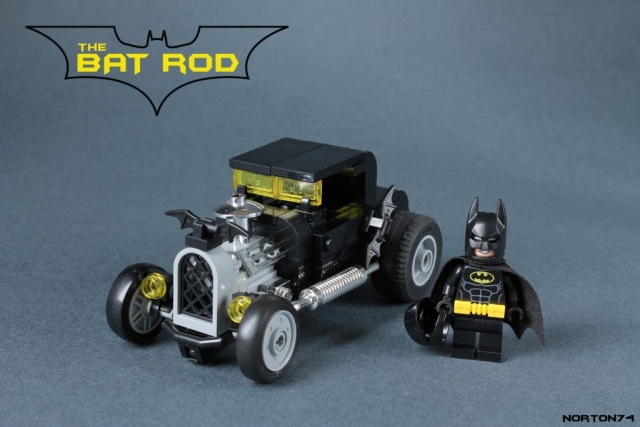 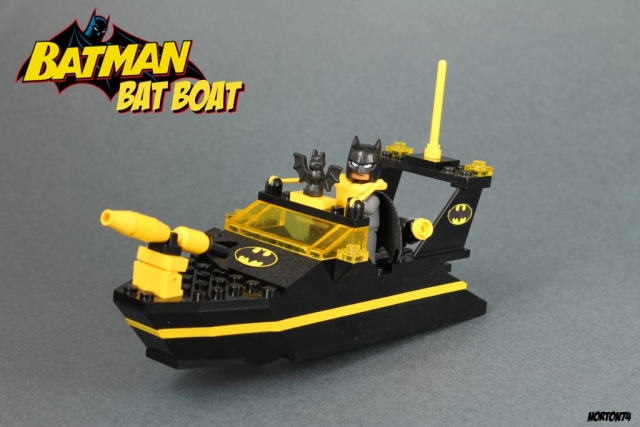 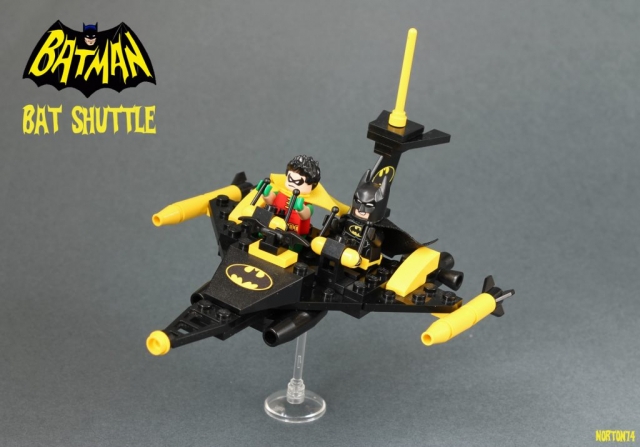