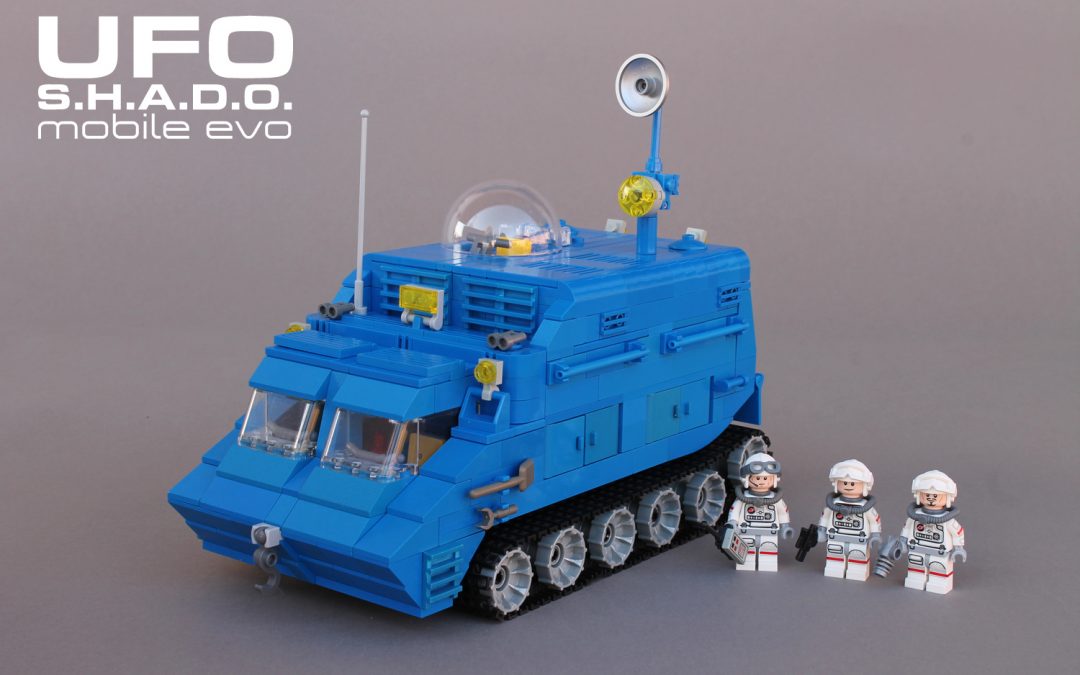 UFO is a 1970 British television science fiction series about an alien invasion of Earth.
The show’s basic premise is that in 1980 Earth is being visited and attacked by aliens from a dying planet and humans are being covertly harvested for their organs by the aliens.
The show’s main cast of characters are members of a secret, high-technology international agency called SHADO (an acronym for Supreme Headquarters, Alien Defence Organisation) established to defend Earth and humanity against the mysterious aliens.
SHADO has a variety of high-tech hardware and vehicles at its disposal to implement a layered defence of Earth. Among these the ground units including the armored SHADO Mobile, fitted with caterpillar tracks, in the pic above the evo-lution version bruick-built.
My LEGO SHADO mobile features extras: a bubble canopy; a front hook; a radar antenna with auxiliar light; a back entrance and other accessories.
I recreated a detailed interior with many features, included on board computers and many weapons useful to prevent potential aliens’ attacks.
The crew is composed by three: commander, driver and radio operator. 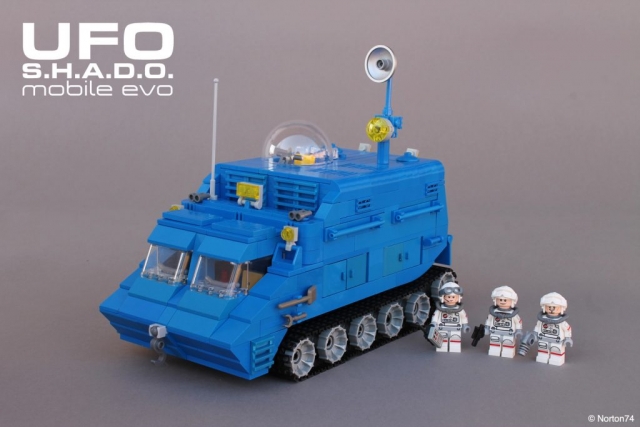 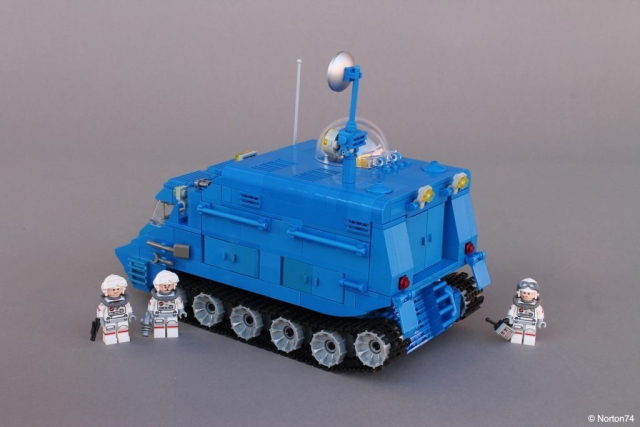 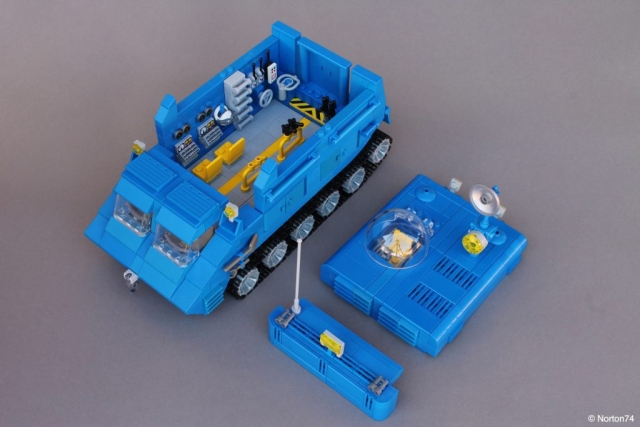 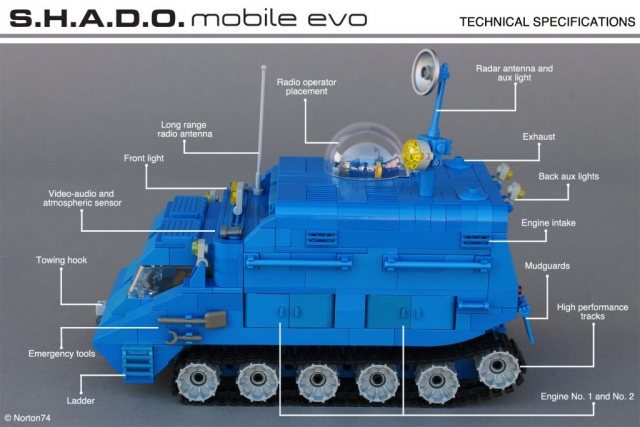