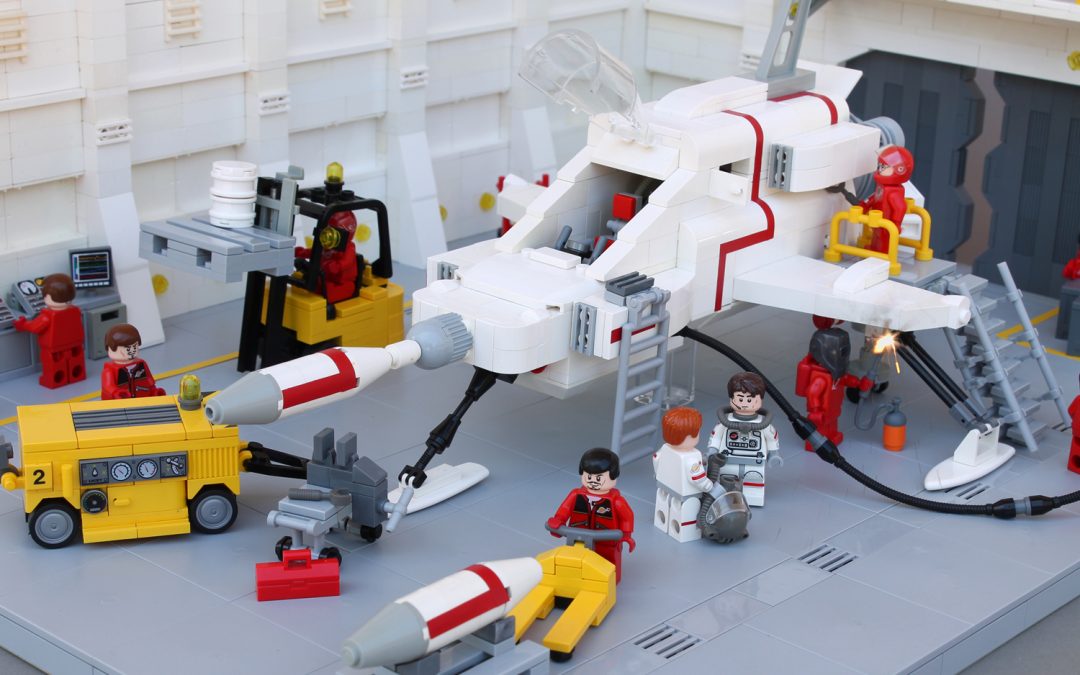 UFO is a 1970 British television science fiction series about an alien invasion of Earth. SHADO (an acronym for Supreme Headquarters, Alien Defence Organisation) is a secret, high-technology international agency established to defend Earth and humanity against the mysterious aliens. This build is the S.H.A.D.O. Interceptor, also known as Moonbase Interceptor that is the primary defence spacecraft of the secret SHADO Moonbase.
The Interceptors are white and red one-seater space fighters used over the Moon and in Earth’s orbit, equipped only with a self-destroying frontal nuclear missile.
The Interceptors, usually, fly in groups of three during a period of red alert. During the flight, the three missiles are fired almost simultaneously. These spacecraft can’t fly in Earth’s atmosphere, for unknown reasons.
The Interceptor is one of the symbols of the UFO series.
My brick built Interceptor has also a detailed interior, lifting the top it’s possible to see the cockpit and the jet engine on the back. A fully maintenance bay completes the build. 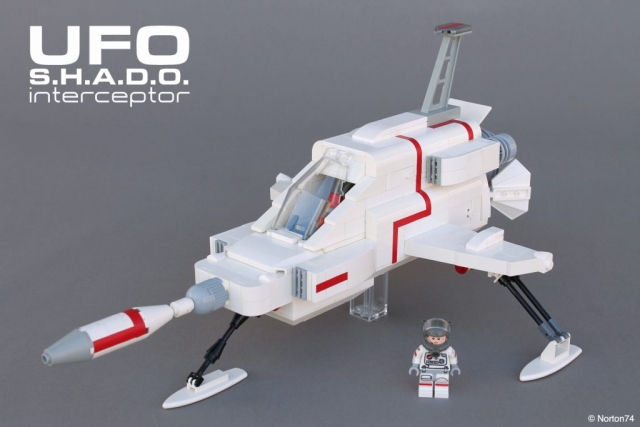 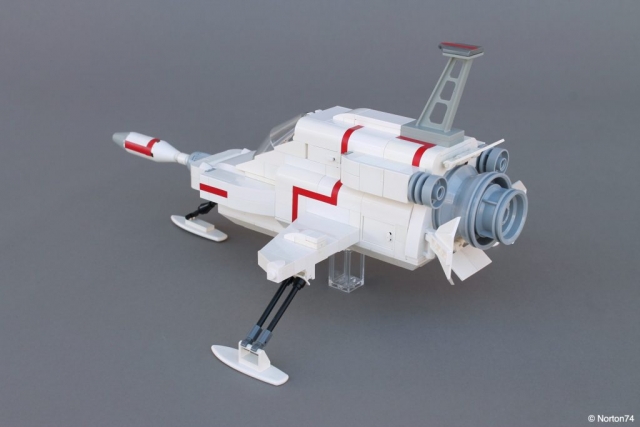 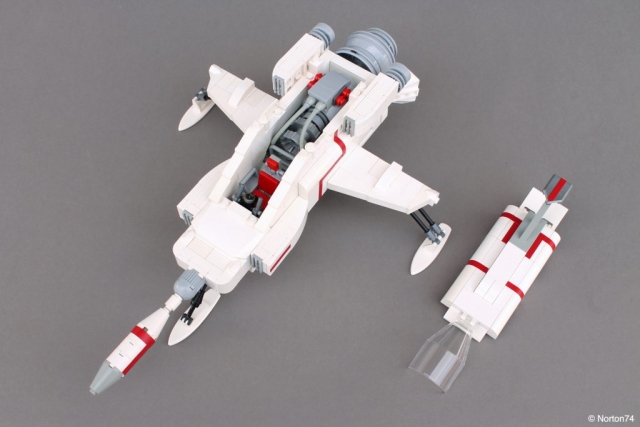 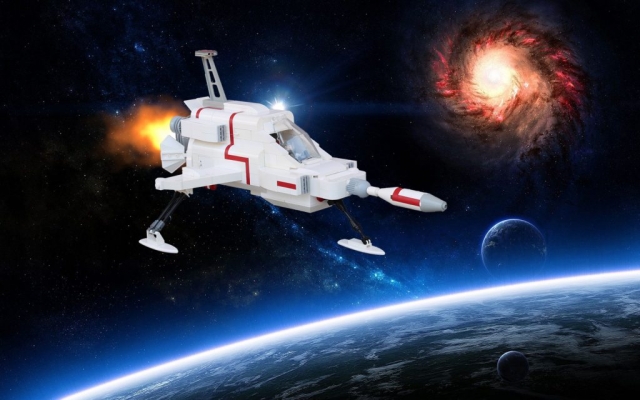 With a large fleet of spaceships and many ground units like the APC mobile, the S.H.A.D.O. agency needs a modern and well equipped bay.
Inside the S.H.A.D.O. maintenance bay the agency’s mechanics and engineers can fix and re-fit the Interceptors and possibly the ground units.
The facility is full of details and it features also a service vehicle, a forklift and an hand pallet truck. A little workbench and the column drill press are positioned on the right.
A spare nuclear missile is ready to be loaded. 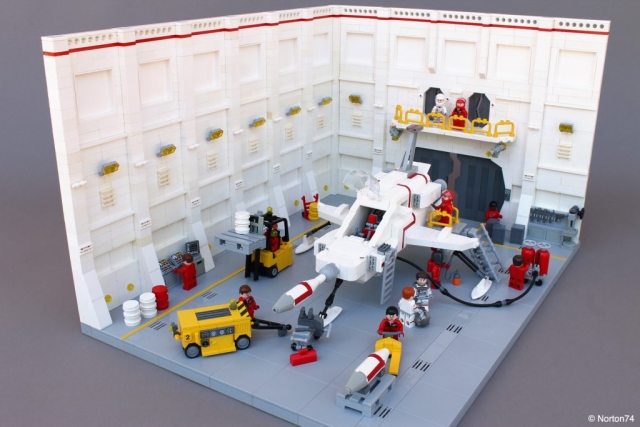 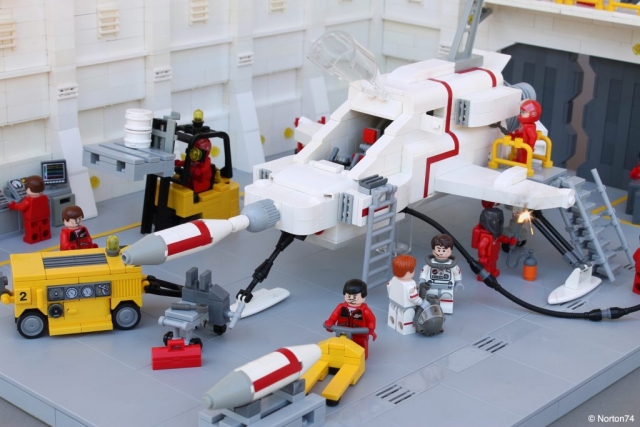 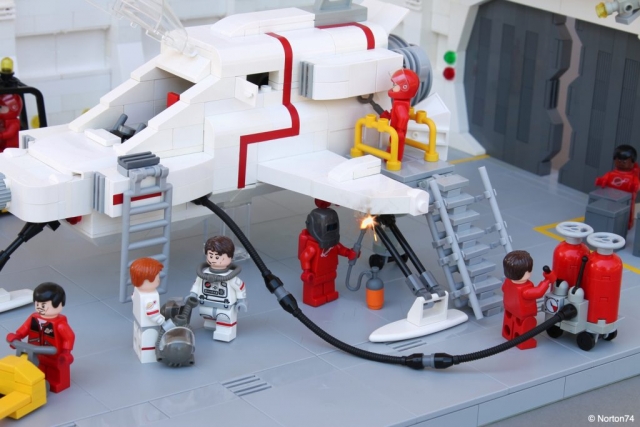 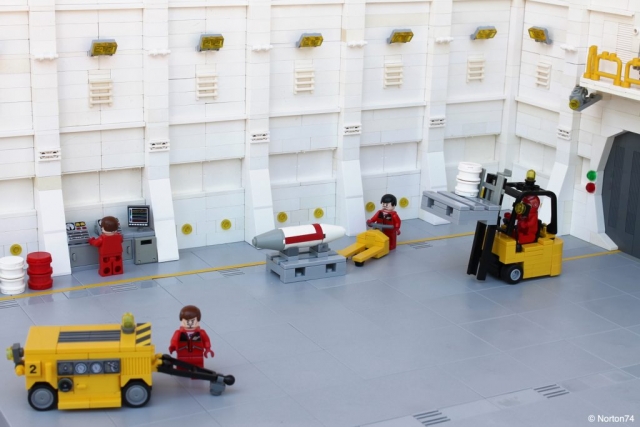