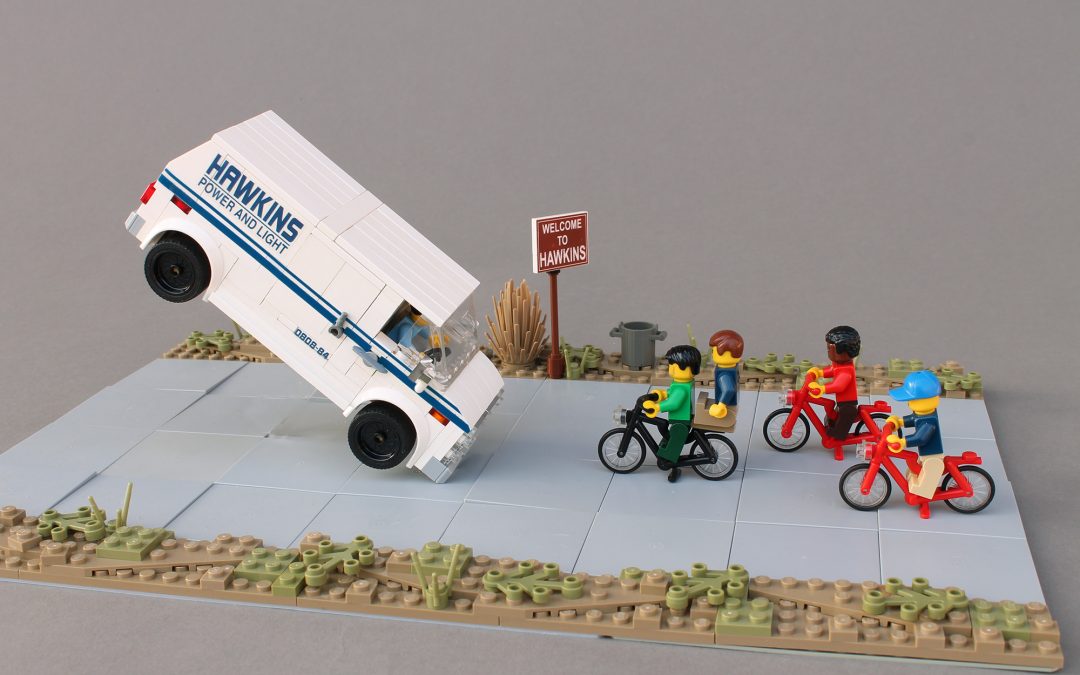 Stranger Things is an American sci-fi/horror web TV series created, written, and directed by the Duffer Brothers and released on Netflix.
Set in the fictional town of Hawkins, Indiana, in the 1980 everything appearing is a homage to the pop culture of that decade. Plus there are many wonderful cars in the series, and most of them are wildly appropriate for that era.
My latest diorama recreates one of the most iconic scene of season 1 when a period Chevy Van decked out in Hawkins livery literally flips over the heads of the four main characters.
The van is a III generation Chevrolet G-series made by General Motors from 1981 to 1983. I do really love this kind of truck and I’ll use it for upcoming MOCs in different liveries. 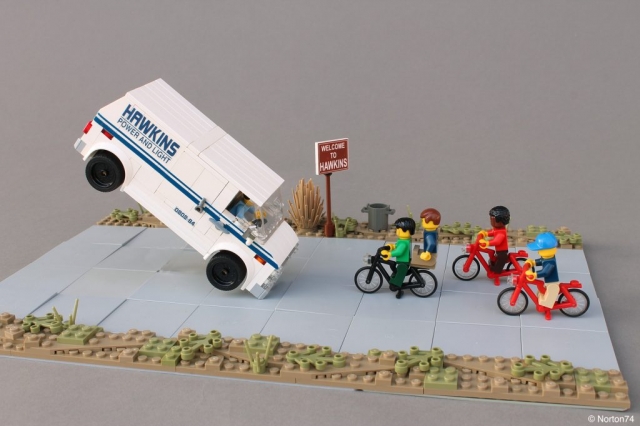 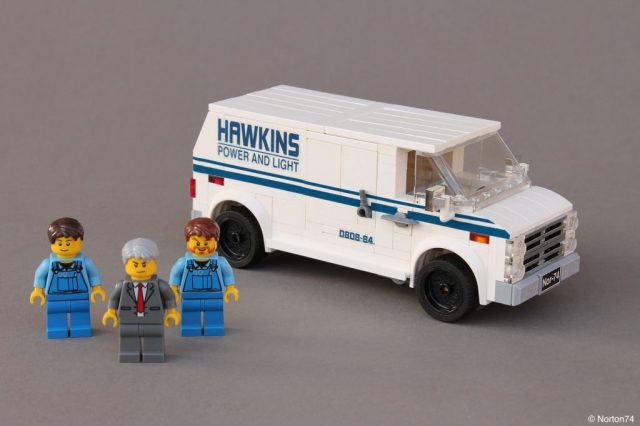 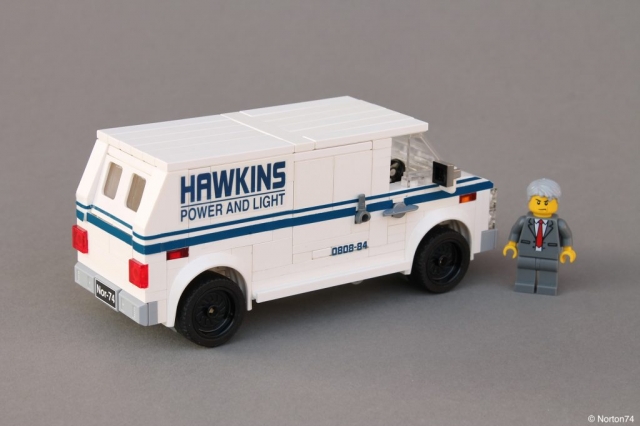