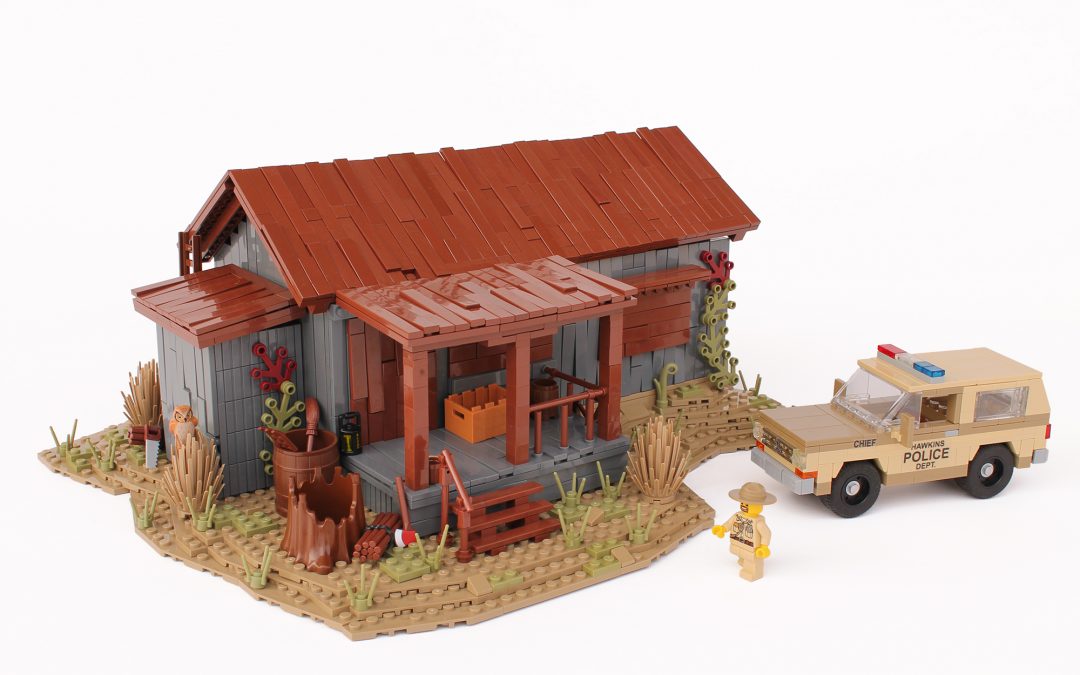 A couple of months ago I built one of the most iconic scene of TV Series Stranger Things season 1: the Chevy flip. While we’re waiting for the series 3, release date is scheduled for next 4th of July, I enjoyed building Sheriff Hopper’s cabin.
To protect Eleven, one of the main character of the series, from being taken by the government, Hopper kept her hidden there for almost a year. The cabin originally belonged to Hopper’s grandfather. At some point, Hopper began using the cabin as a storage space.

In the scene I recreated there is also the cool Hawkins Police Department ’80 Chevrolet K5 Blazer driven by Chief Jim Hopper. Color scheme is amazing: dark tan plus tan, perfect for LEGO color palette. The Blazer is a model year ’80 because they were the only year Blazer to feature single rectangular headlights.
I am satisfied with the look of the hut, I like the small details in the diorama and the Blazer design. 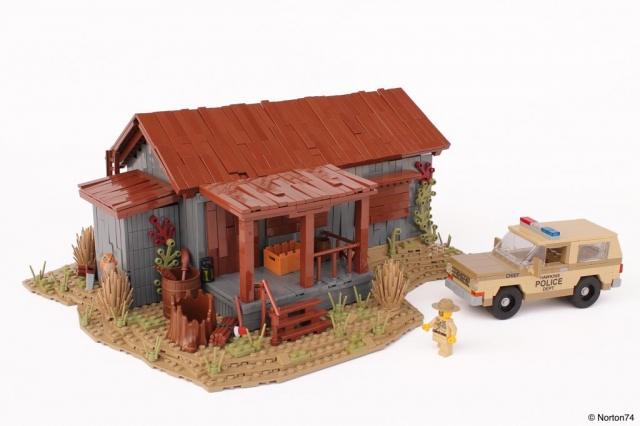 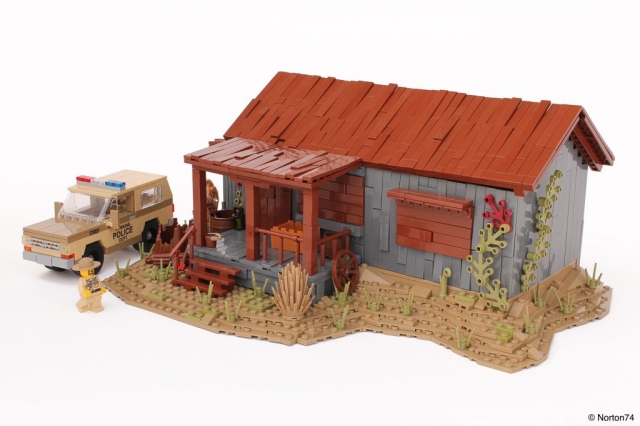 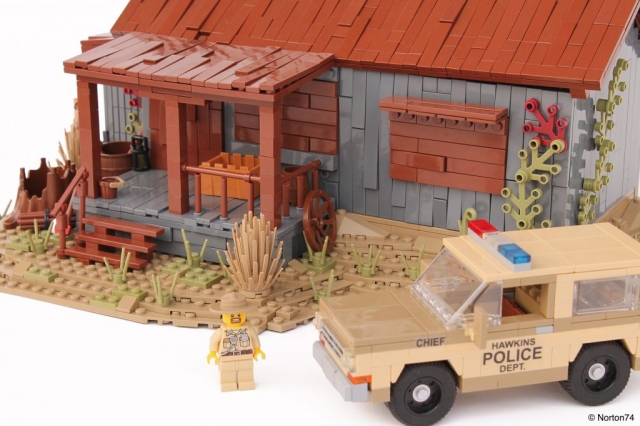 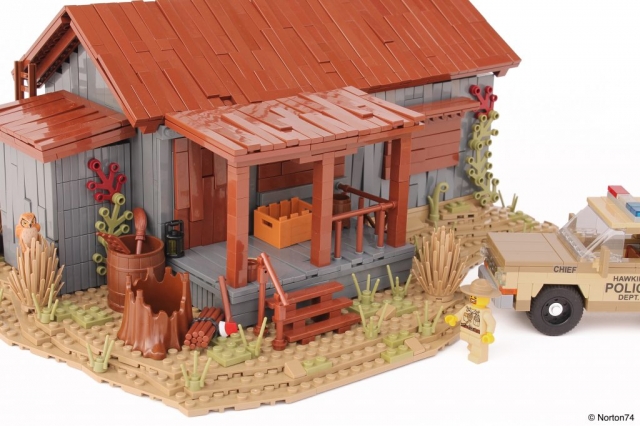 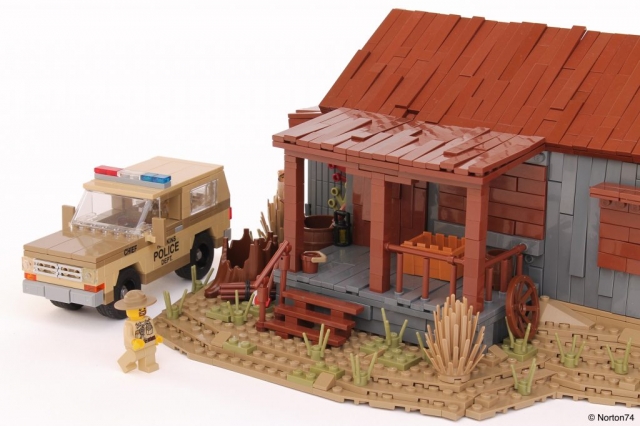 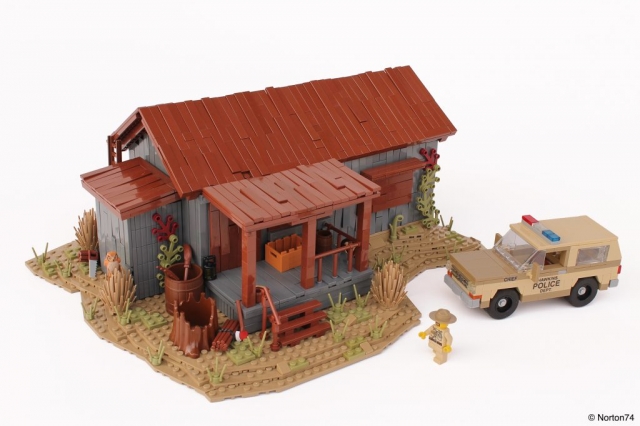