Walden; or, Life in the Woods 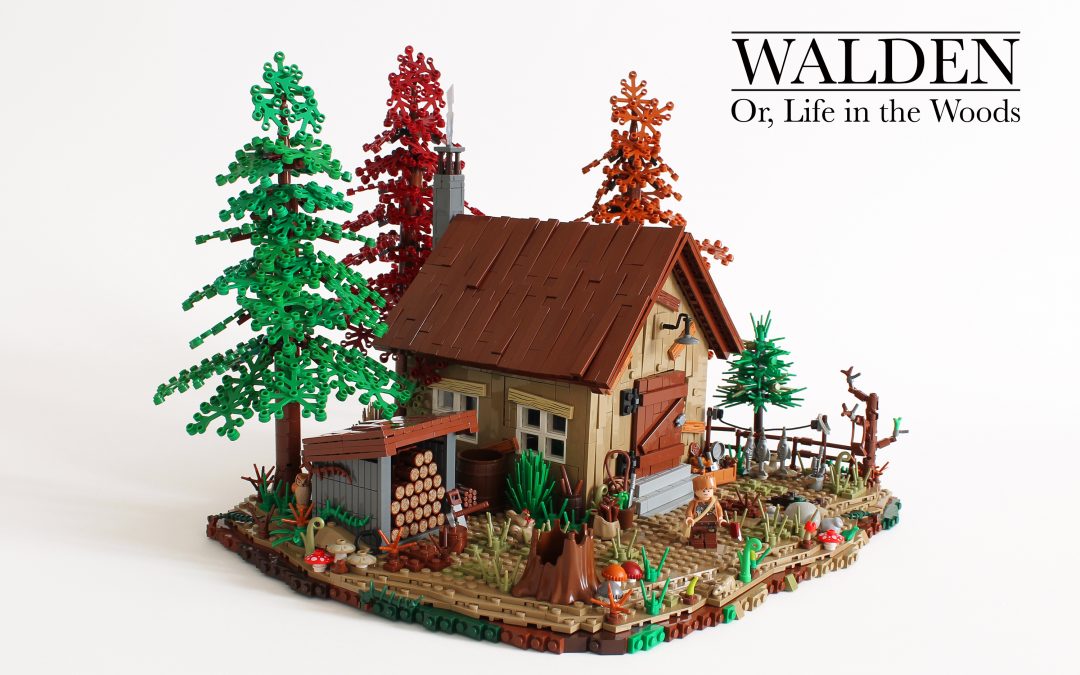 A few months ago a friend of mine loaned me a book I had always heard of but never read. The book is the well-known “Walden; or life in the woods” written by Henry David Thoreau and published in 1854.
Walden details Thoreau’s experiences over the course of two years, two months, and two days (1845–47) in a cabin he built near Walden Pond amidst woodland owned by his friend and mentor Ralph Waldo Emerson, near Concord, Massachusetts.
By immersing himself in nature, Thoreau hoped to gain a more objective understanding of society through personal introspection. Simple living and self-sufficiency were Thoreau’s other goals, and the whole project was inspired by transcendentalist philosophy, a central theme of the American Romantic Period. It is considered Thoreau’s masterwork.

Struck by the history and inspired by the cover of the book, in the few past weeks I built Thoreau’s cabin in the wood. Its the first time that I made a woods-themed creation and I really had a lot fun building it.

Relatively neglected during Thoreau’s lifetime, Walden achieved tremendous popularity in the 20th century. Thoreau’s description of the physical act of living day by day at Walden Pond gave the book authority, while his command of a clear, straightforward, but elegant style helped raise it to the level of a literary classic. 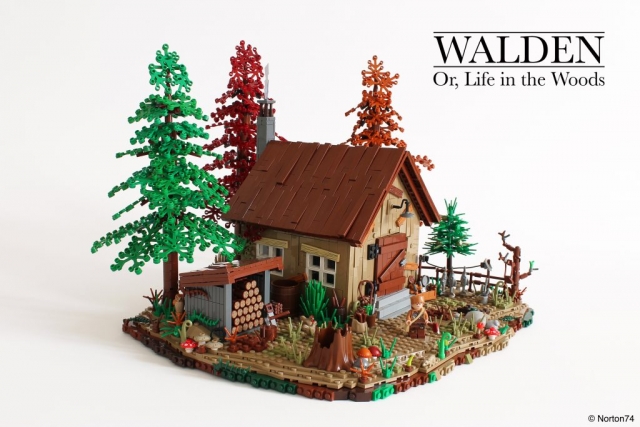 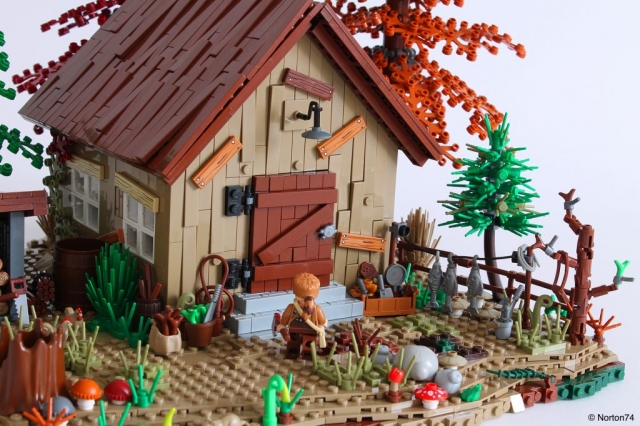 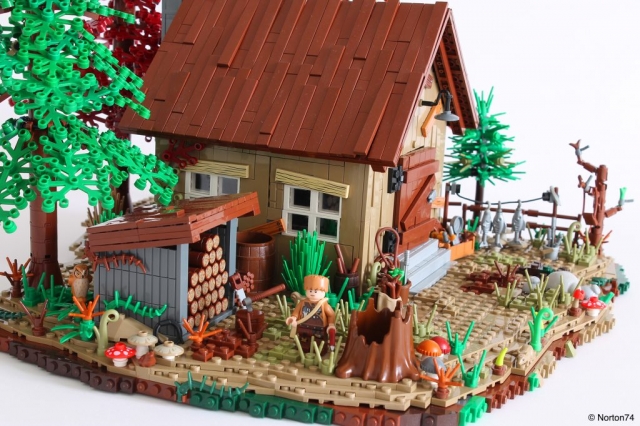 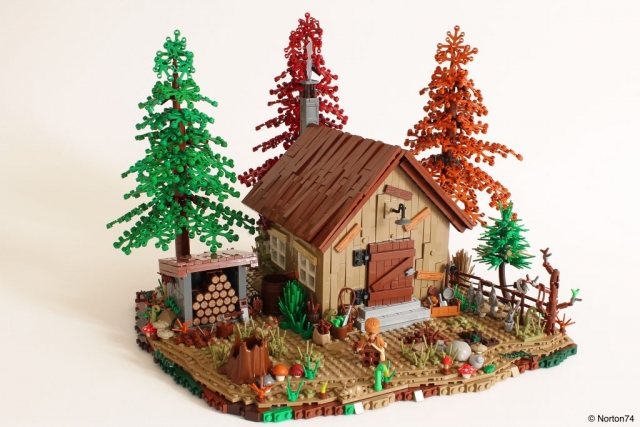 “Inspired by the book Walden; or Life in the Woods, Andrea Lattanzio escapes from the fast food restaurants and gas stations (and futuristic rovers!) of the modern world into the wilds through his latest build. I wonder if Thoreau, the main character of the aforementioned book, would choose LEGO as his outlet instead of escaping to the wild if he had lived in modern time? The diorama captures everything a self-sufficient cabin in the woods would have (including a bit of the woods). The textures and little imperfections on the cabin capture the hand-crafted appearance very well, most notably the tiles on the roof pressed down only half way and the window with a half-plate offset in its top and bottom halves. The pine trees are done quite well, with leaf elements placed at convincing angles on the central axis. The use of the old tree stump piece adds a lot to the atmosphere, as do the inspired choices of gray homemaker hair part as a stone and brown stud shooters in the dead tree on the right side of the diorama.“

(“Escape the mecha and spaceships of our society and build a cabin in the woods” The Brothers Brick – December 2, 2019)