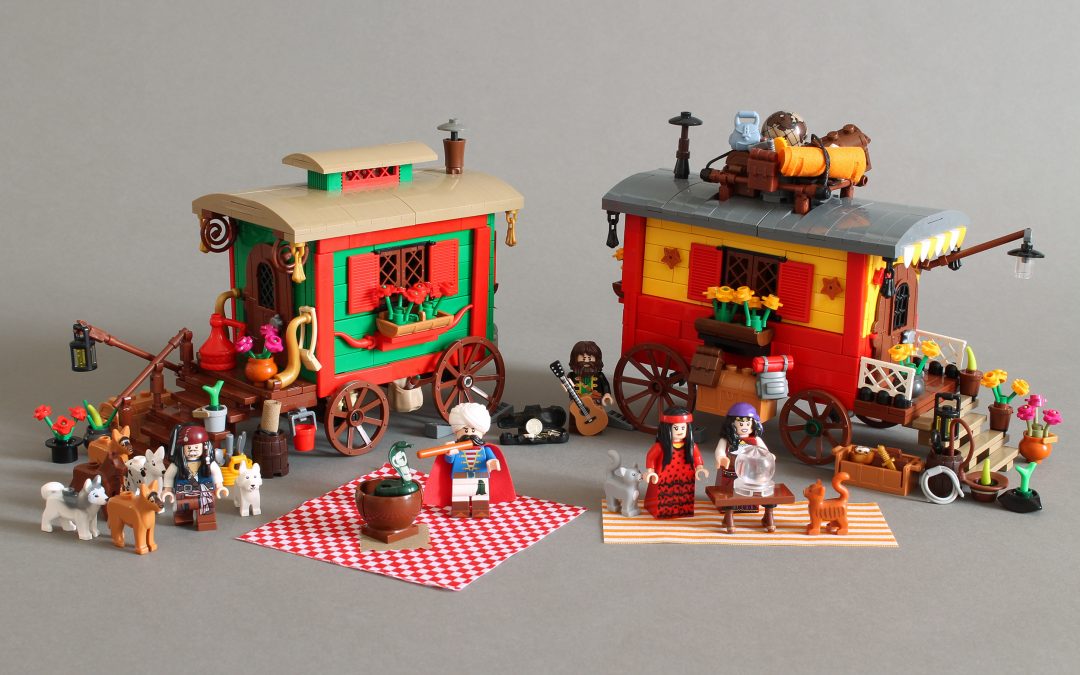 Gypsy wagons have been around for a very long time, having primarily been seen with travelling circuses, before being adopted by gypsies.
The “Horse drawn, painted, one roomed house on wheels with a stove” is believed to originate in France in the early 19th Century. Gypsies themselves adopted them around 170 years ago. 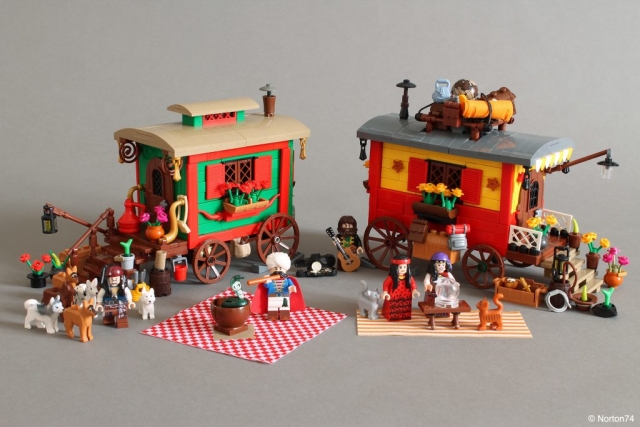 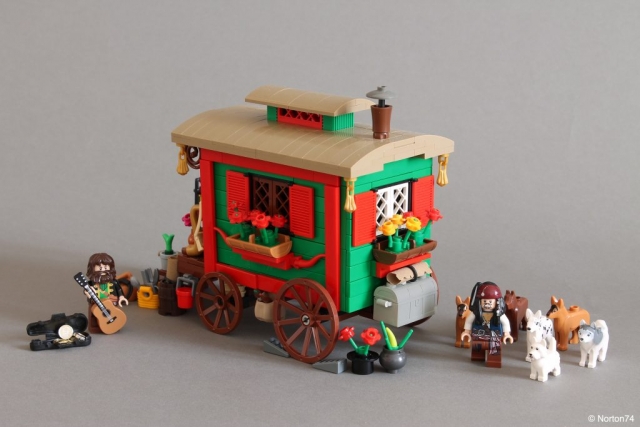 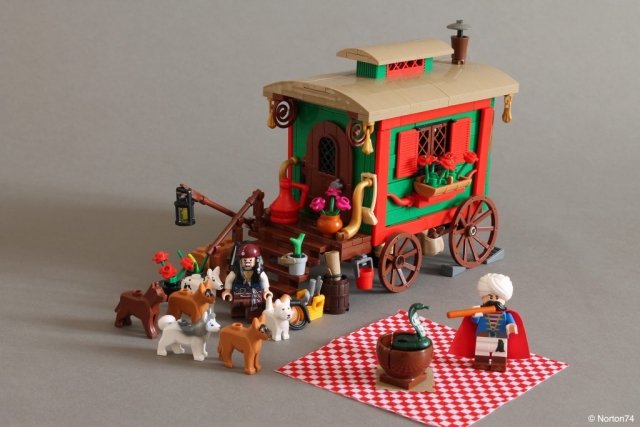 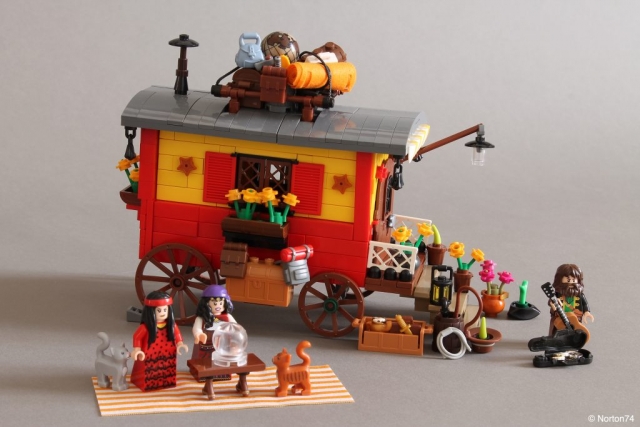 Its Romanesque characteristics, its baroque carvings and bright colours are likely to have been picked up from wanderings in Central and Eastern Europe. The Gypsyes’ name for their wagons is a “Vardo”, from the Iranian name vurton, that means cart.
There were different types of wagons and they were made of oak, ash, elm, walnut and pine. Most caravans were pulled by draft horses. 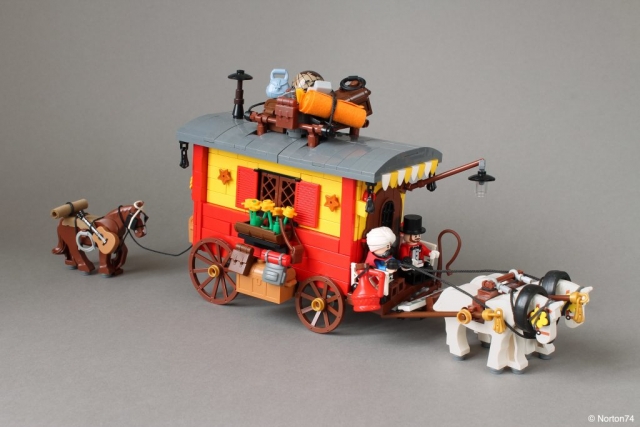 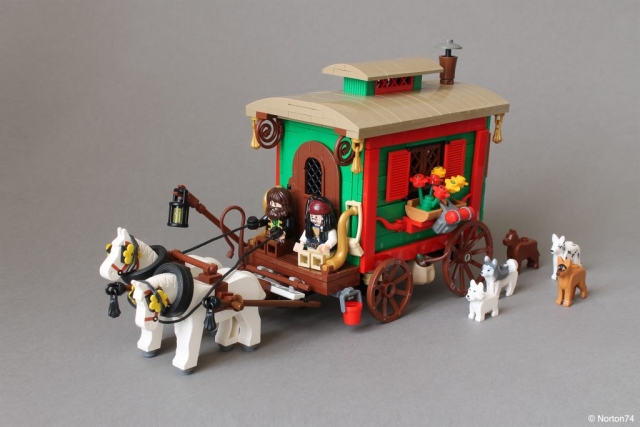 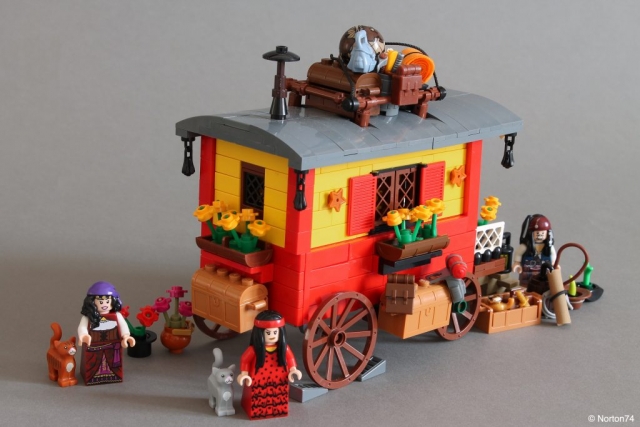 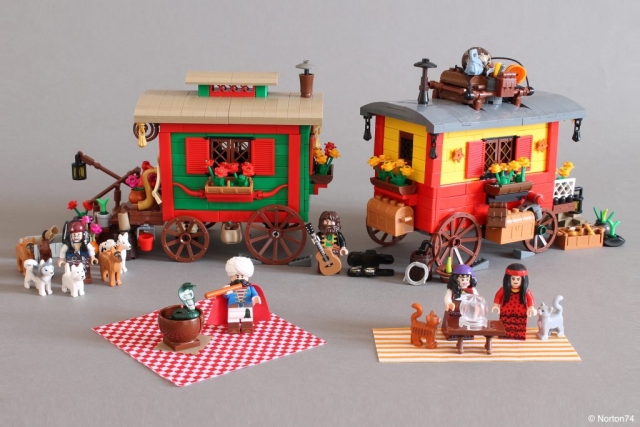 I’ve always been intrigued by Gypsies Wagons and in the past few weeks I built a couple of them. Inspiration come mainly from a coffee table book my wife gifted me, “Les Roulottes, une invitation au voyage”, a big source of colourful and funny caravans. It was very funny designing and building these caravans and also choose the right Minifigures from old sets and Collectionable Series. If you are wondering why Jack Sparrow is in the MOC the answer is that I think he has the perfect look of a yesteryear Gypsy. 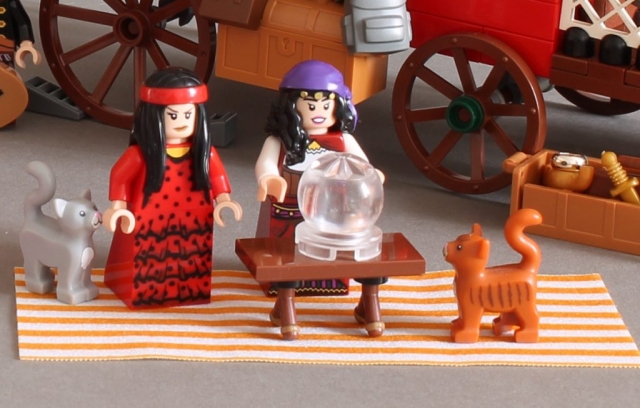 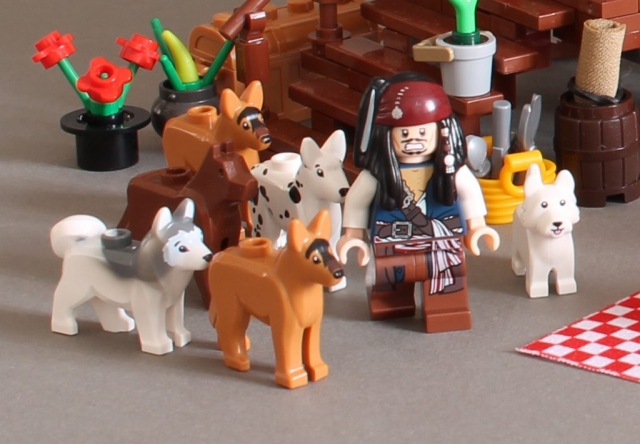 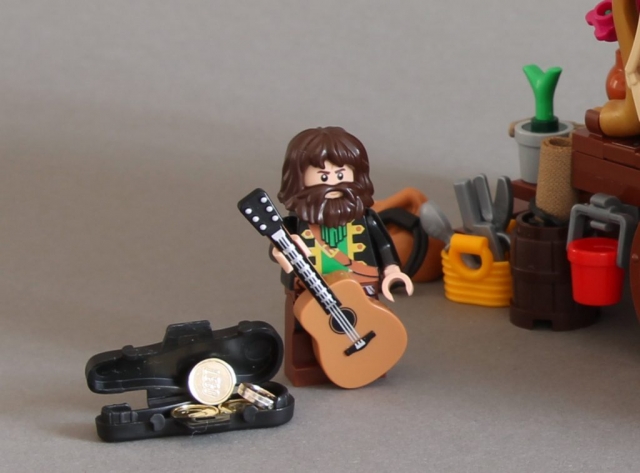 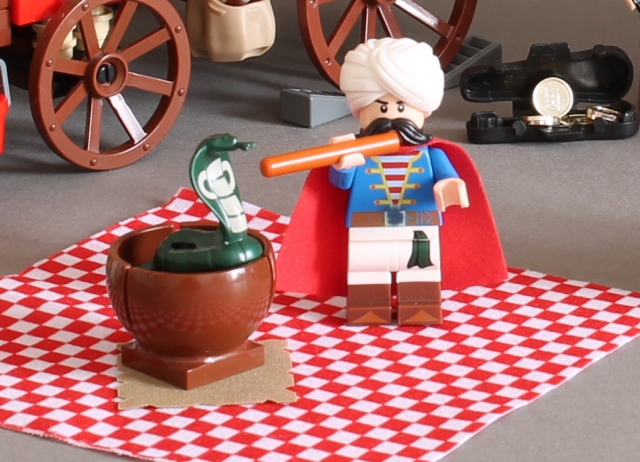 “Two brightly-coloured wagons are home to a band of travelling folk in Andrea Lattanzio‘s latest LEGO model. Life on the road has never looked so inviting, with the bold colors of the mobile homes enhanced with bursts of flowers, and the scene stuffed with functional-looking details. I love the hanging tassels, the little chimney stacks, and the clutter of bags and lanterns and buckets. Don’t miss the use of minifigure hats as flower-pots, and the catapults used for the legs on the fortune teller’s table.”