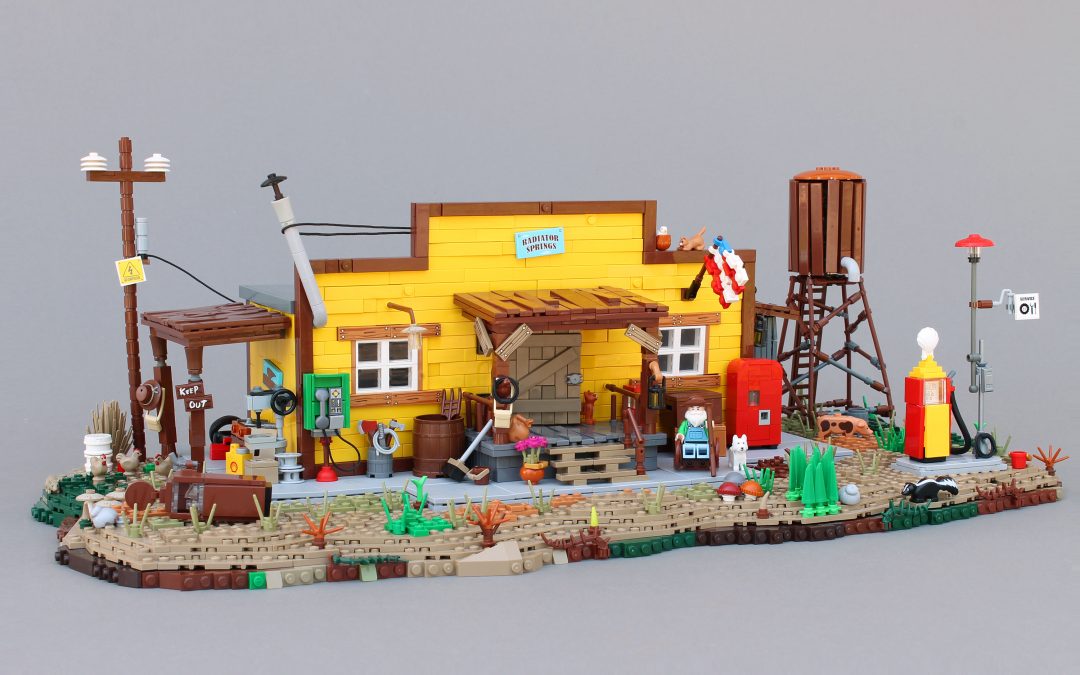 General Stores were very common in the US back in the 18th and 19th century, especially in rural areas or in small towns. Actually, there are few of them along old nearly-forgotten interstate highways, they are like old treasures to preserve. Their main feature was carrying a general line of merchandise to remote populated places where mobility was limited and a single shop was sufficient to service the entire community. In the early twentieth century general stores often sold gasoline too.
My latest diorama represents a classic general store depicted in a sixties scene somewhere in the heart of America with many elements easy to spot back then. 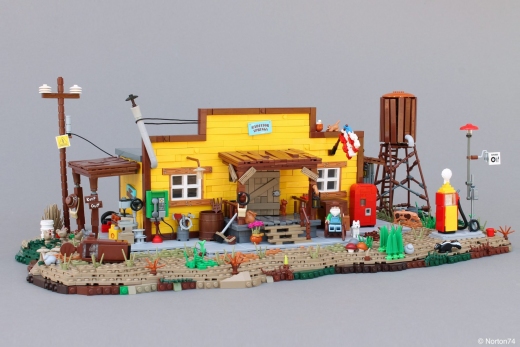 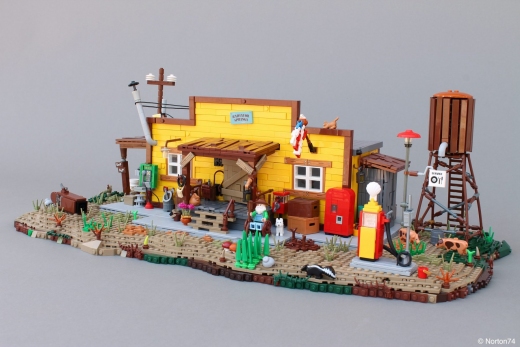 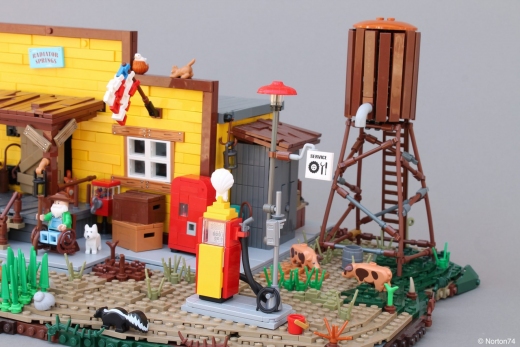 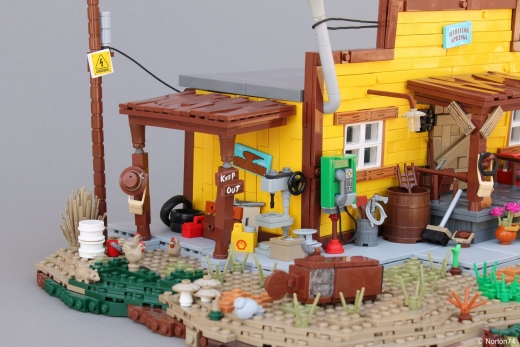 Take a moment to appreciate all the small details that all add up to this vintage scene; the rusted pump abandoned on the ground, the phone cab, soft-drink dispenser, the gumball machine and many others.
The old white-bearded man sitting in his rocking chair keeps watch carefully who arrives helped by his loyal dog. On the left a little shop for quick repairs equipped with different utensils.
All around I added many details like the water tower, the phone box, the gas pump and so on.
I’m very satisfied with this creation even if it’s much better live than depicted by a photo.
It was very funny building this and even more catching the details to insert via period pictures spotted on the web. Hope you like it! 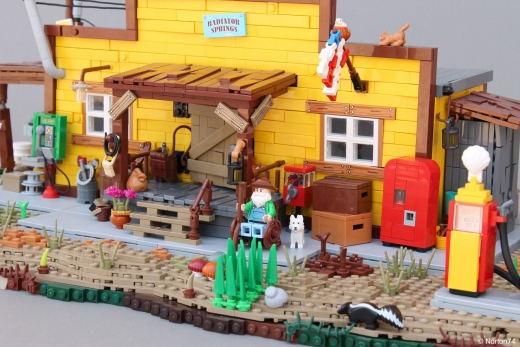 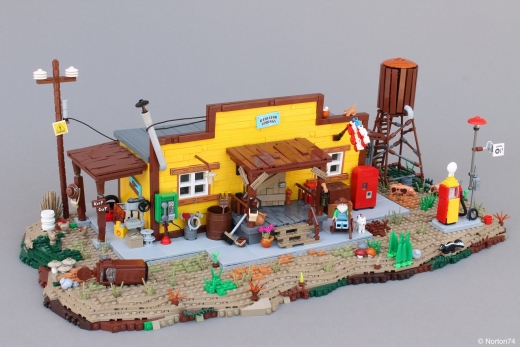 “This month’s cover photo, from Andrea Lattanzio, brings us this blast from the past with an incredibly detailed LEGO general store. The diorama is littered with items you might find at a remote general store, and luckily Andrea provides a close up look at the details (see below). Candy machines, phone booths, tools, and gas, this general store has you covered no matter your needs.
Here’s that closer look at some of the items you’ll see surrounding the general store. The water tower is a clear standout, but some of the other details like the power pole, the cable holding up the chimney pipe, and the cat going after that bird nest. This entire scene is a delight to take in.”

“The General Store can be the last bastion of civilization before heading out into the wilderness. The calm before getting mixed up in a dark forest, or getting lost in the desert. A scene that has played out hundreds of times on film and television. This Lego General Store is created by Norton74. Inspired by these classic small town and rural American locations. A place where you can find a little bit of everything. You can fill up gas, buy some tools, pick up a soda, and make a phone call all in one place. This Lego diorama has a bunch of fun features. A really creative flag built with Lego 1×1 clips, the old time gas pump with a sea shell on top (shell gas), and the slightly uneven yellow siding on the main building. With a nice old man watching over everything. There is also a collection of Lego animals helping to fill out the scene, you can spy a pig, a cat, two dogs, a bird, a few chickens, and a skunk. This is a very busy store.”