Stilt Houses: how to live 30 feet in the air! 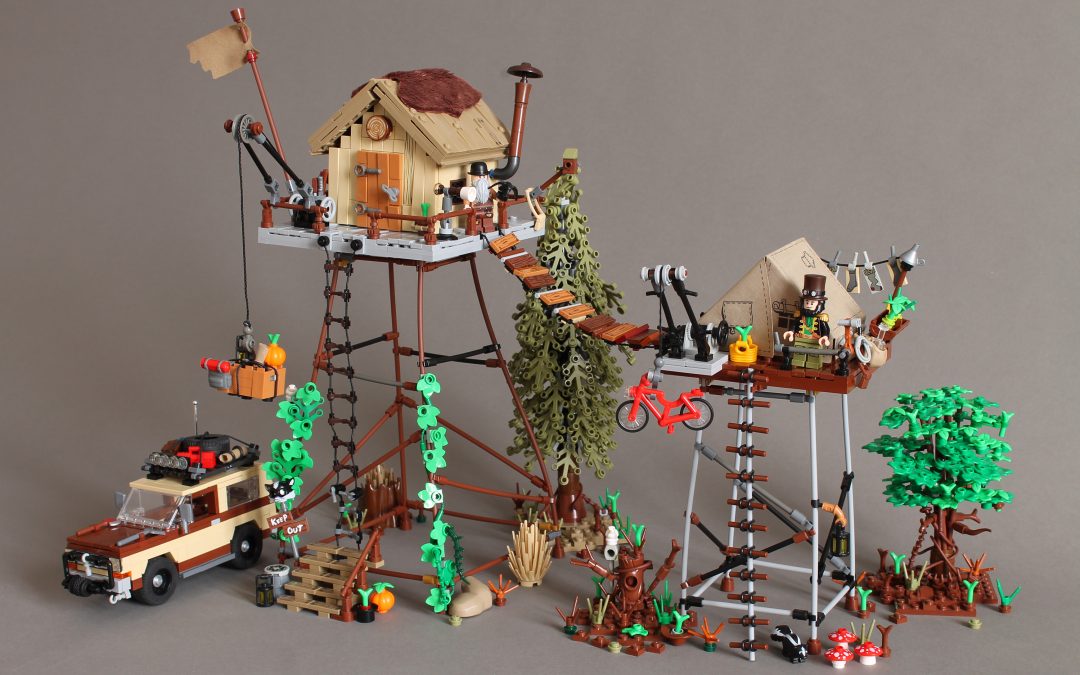 Partially inspired by the films of the masterful animation filmmaker Hayao Miyazaki – I’m not actually referring to a particular film but rather its unique style and atmospheres – my latest creation features two weird guys living 30 feet in the air in minimal but cozy stilt houses.
The starting point for this work was the tent on the right stilt house, a very strange and forgotten element from a mid-2000s Indiana Jones set.
At first I was thinking of a single pile dwelling then I added the second on the left joined by a crumbling bridge. And gradually I inserted various details and elements, some of which are really bizarre like the bearskinrug on the roof of the house on the left.
Unavoidable the off-road vehicle ready to deal with mud and rough terrain and complete with all the necessary tools to fix it yourself in case. It is based on my previous Chevrolet Blazer spotted in the Sheriff Hopper’s Cabin diorama built in 2019.
There are many other details and strange pieces, have fun finding them and if you have any questions write them below in the comments! 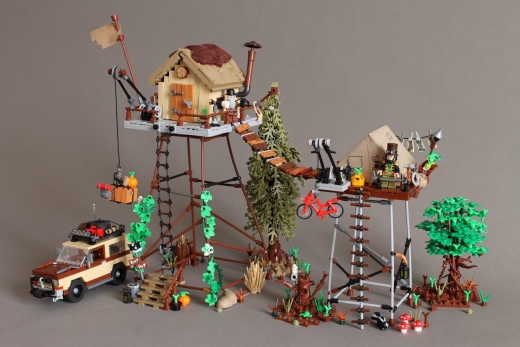 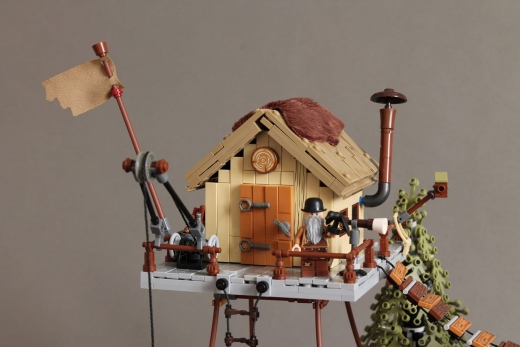 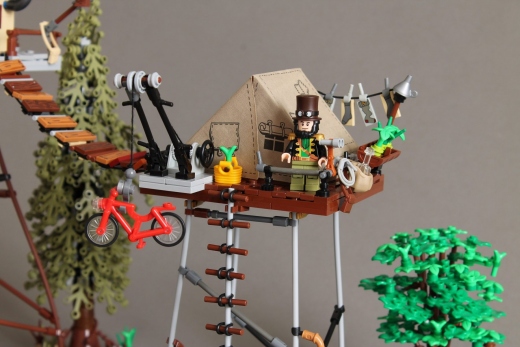 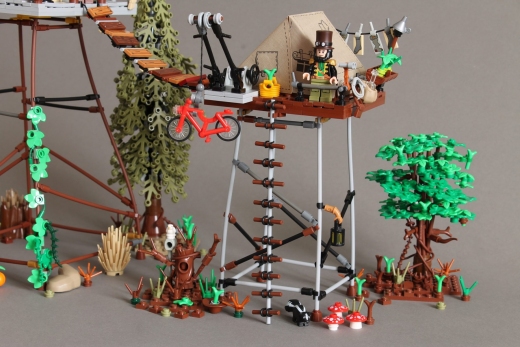 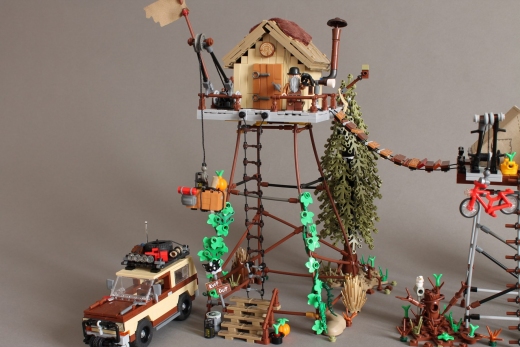 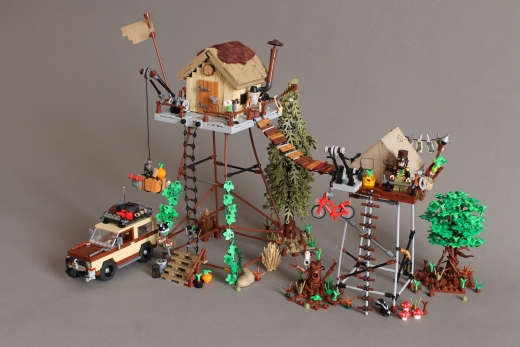 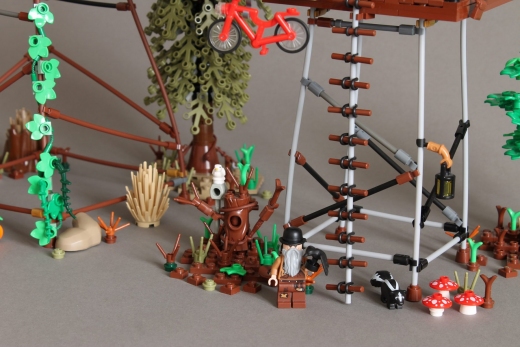 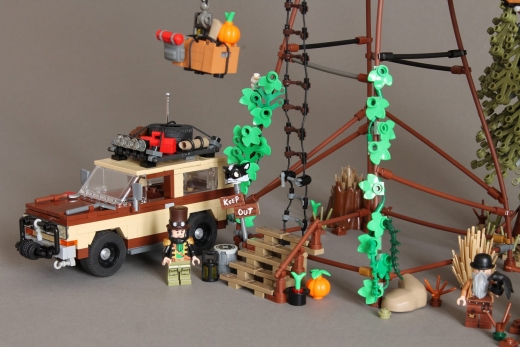 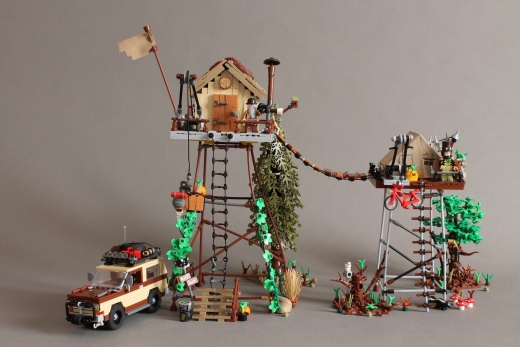 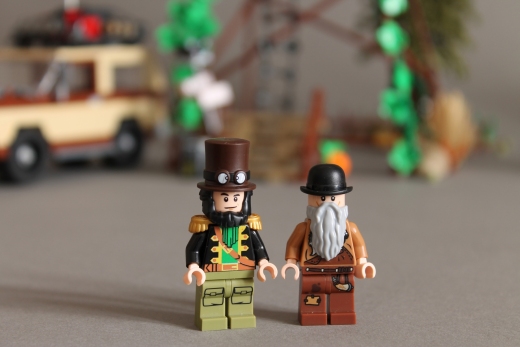