The snowy Magic Bus is The Brothers Brick cover photo for December 2020! 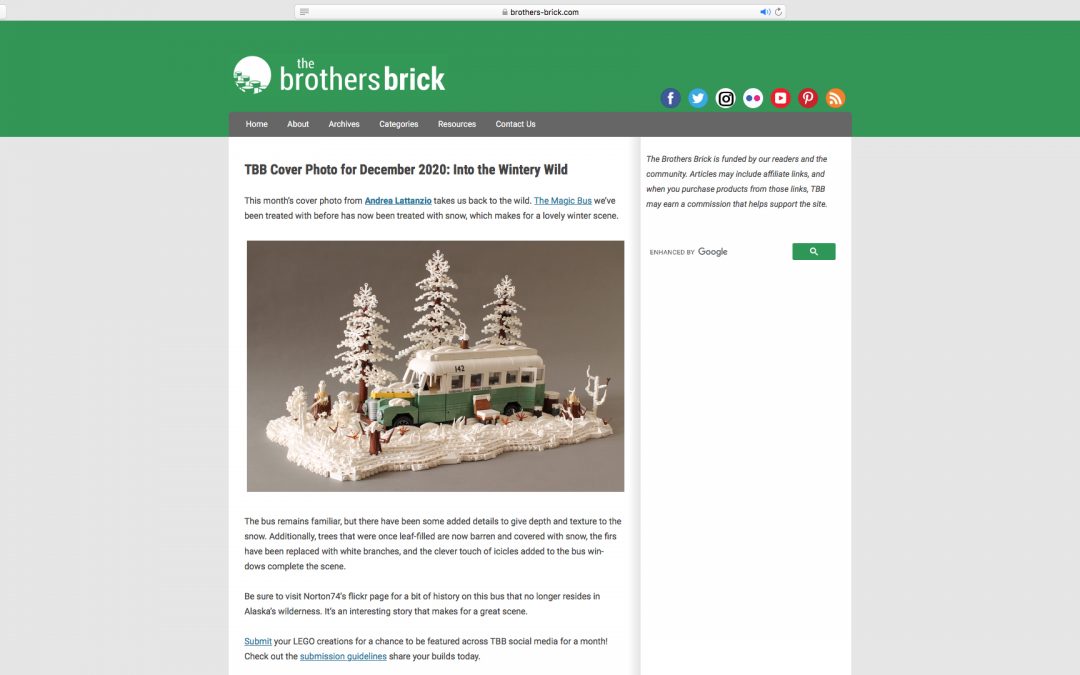 Few hours ago I had the pleasure to find out my snowy Magic Bus has been chosen by The Brothers Brick as the December photo cover for all Brothers Brick social media. A huge pleasure and honor for me, thanks once again TBB team!
The same happens 5 years ago when my Scooter Garage was chosen as the TBB cover photo for August 2015, few months ago when the yellow General Store was the Cover Photo for June 2020 and last month when the A-frame cabin, probably one of my most appreciated creations, was chosen once again as the TBB cover, this time for November. Three times in the same year, unbelievable but mind blowing!
Take a look at the four screenshot straight from The Brothers Brick website and read below the complete write-up by James Wiley (TBB Social Media Specialist). 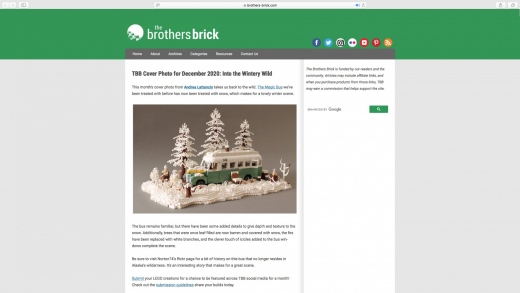 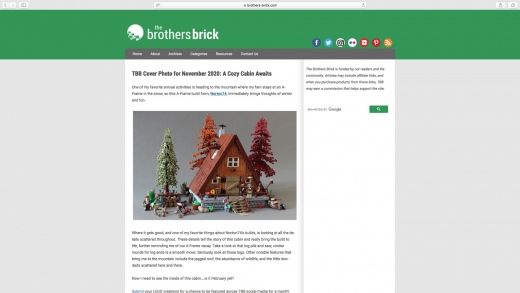 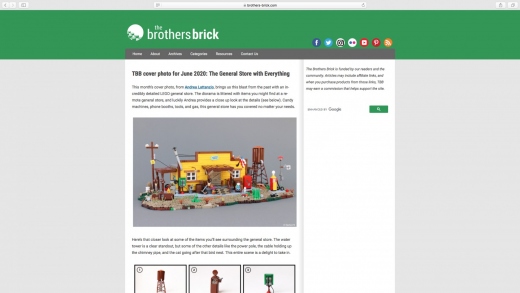 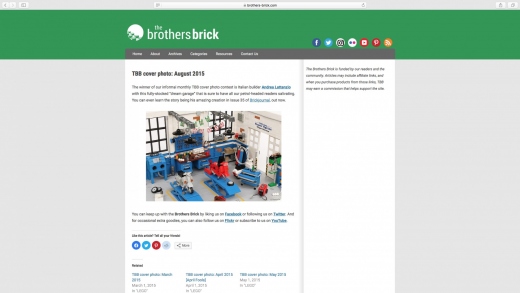 “This month’s cover photo from Andrea Lattanzio takes us back to the wild. The Magic Bus we’ve been treated with before has now been treated with snow, which makes for a lovely winter scene. The bus remains familiar, but there have been some added details to give depth and texture to the snow. Additionally, trees that were once leaf-filled are now barren and covered with snow, the firs have been replaced with white branches, and the clever touch of icicles added to the bus windows complete the scene.
Be sure to visit Norton74’s flickr page for a bit of history on this bus that no longer resides in Alaska’s wilderness. It’s an interesting story that makes for a great scene.“