Don’t mess with the Black Bear! 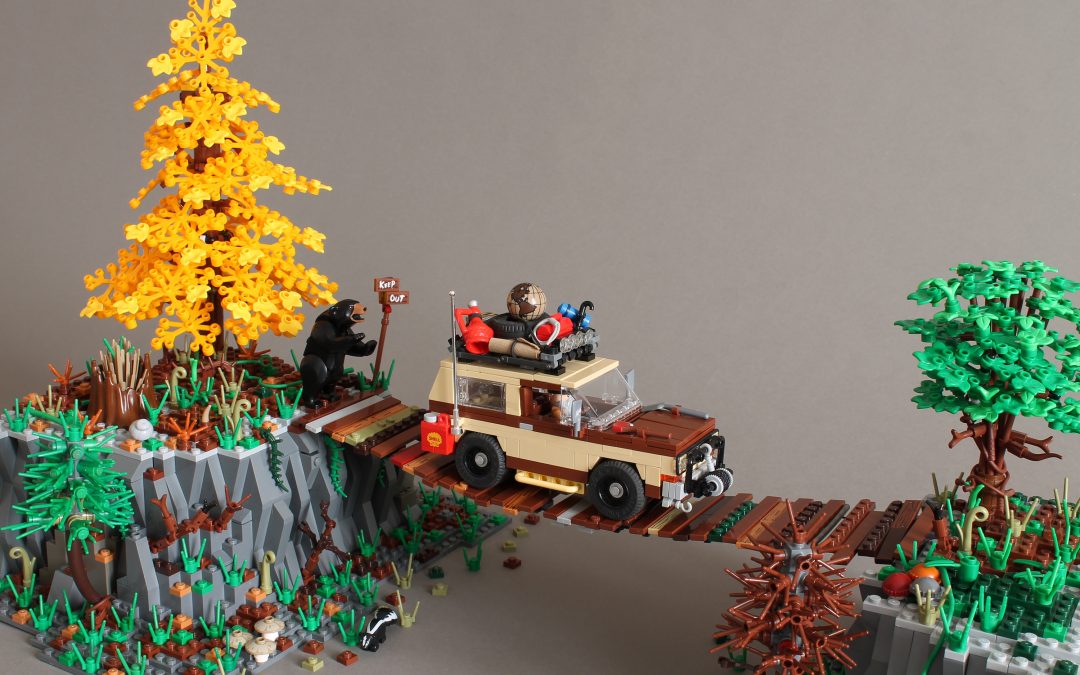 One of the characters from my Stilt Houses (which I presented last November) seems to have gone to a dangerous area with a very hungry black bear ready to defend his territory…
Better to escape and take shelter on the Stilt Houses. But beware of that crumbling bridge!
I was looking for a setting for the off-road vehicle that was featured in my Stilt Houses last November and I came up with the idea of creating an ironic scene with some construction techniques that I had never used, such as the rocks made of many bluish gray slopes and inverted slopes.
The crumbling bridge recall the one I built for the Stilt Houses, but is longer and wider.
I really like the entire scene and hope you like it! 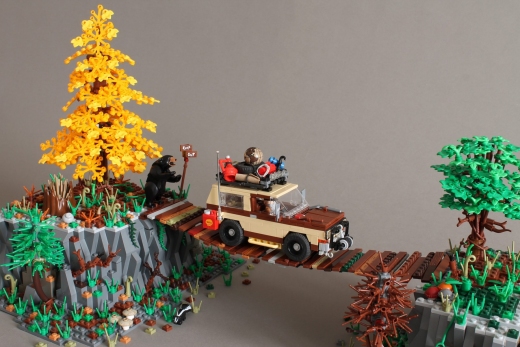 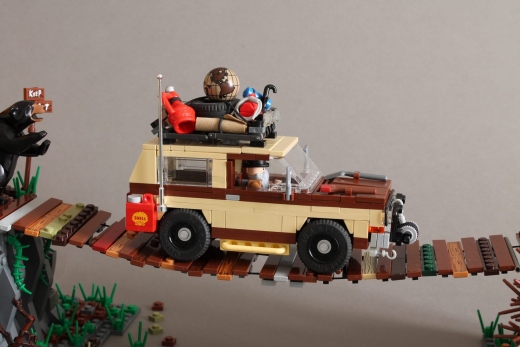 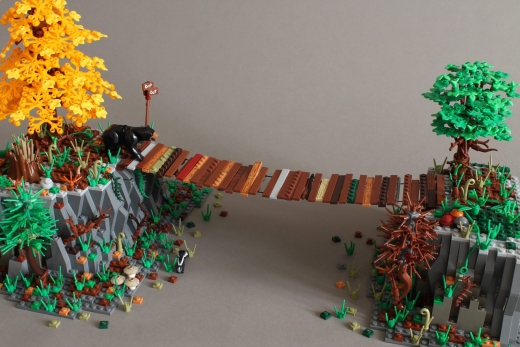 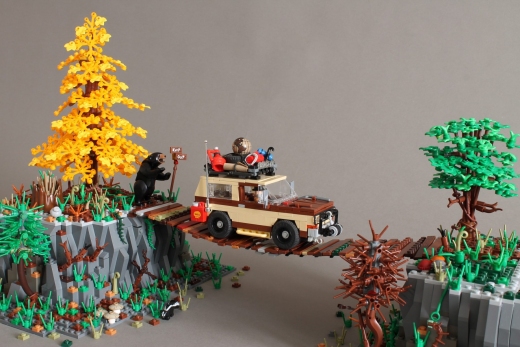 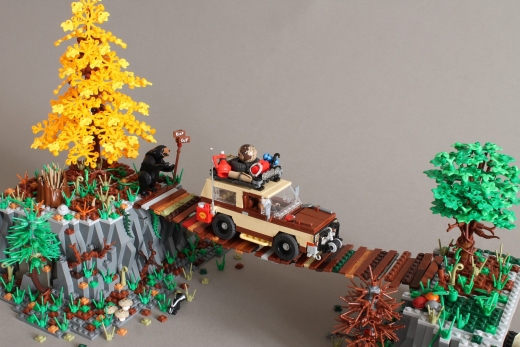 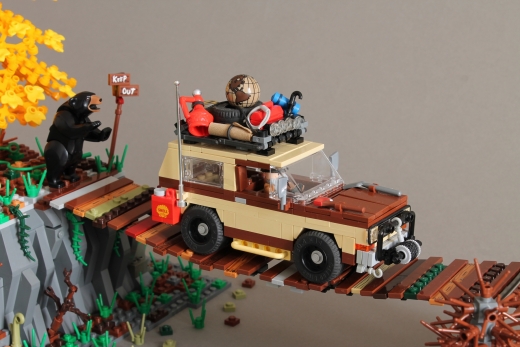