Off the road, on your own. 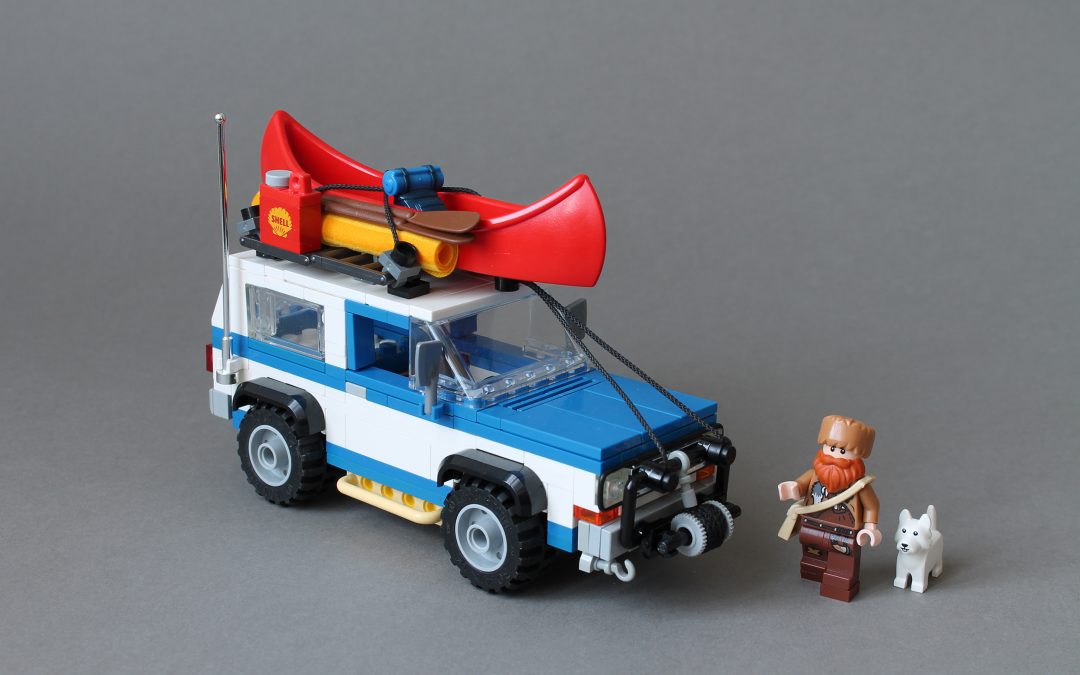 One week ago I posted the The Blue Cottage diorama which also featured a four-wheel drive vehicle with a color combo matching the cottage. It was time to show it alone in plain sight and here it is!
It is based on my previous Chevrolet Blazer spotted in the Sheriff Hopper’s Cabin diorama built in 2019 but with a new white/blue paint job and loads of gear strapped all over. It’s full of details and some interesting part usage such the weird “Scala towel bar” used for the running board and take look also at the front winch and that old red brick with the Shell logo…
Hope you like it! 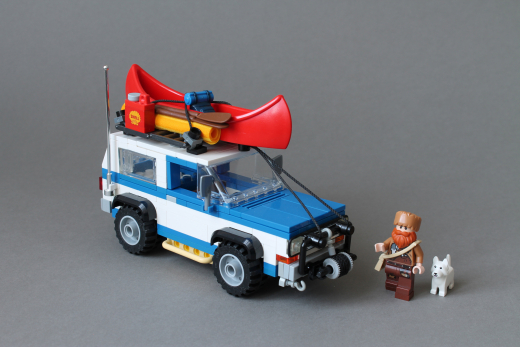 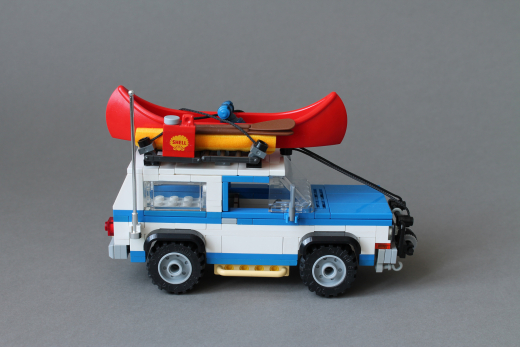 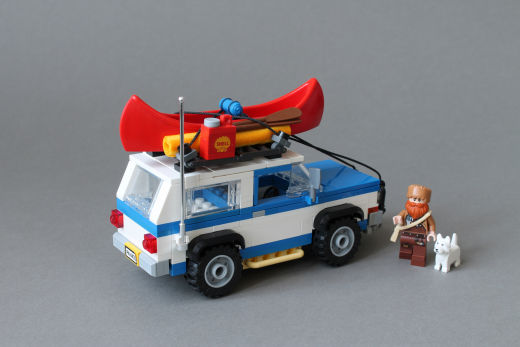 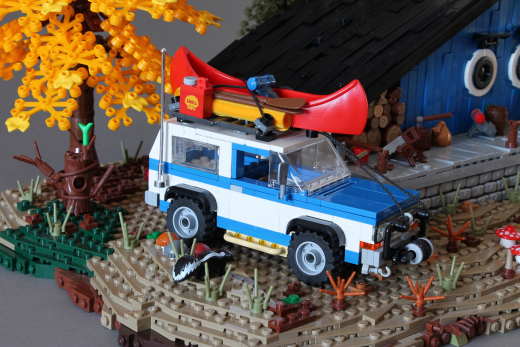 “This TLCB Writer rather likes old square 4x4s, particularly if they have winch, roof rack, and assorted adventuring stuff piled on top. Suggested by a reader, Andrea Lattanzio’s classic Chevrolet Blazer has appeared here before in various guises, and there’s more to see of this one – including the wider diorama of which it is part – on Flickr here.“