Magda’s Garden Shed: behind the scenes of the building process 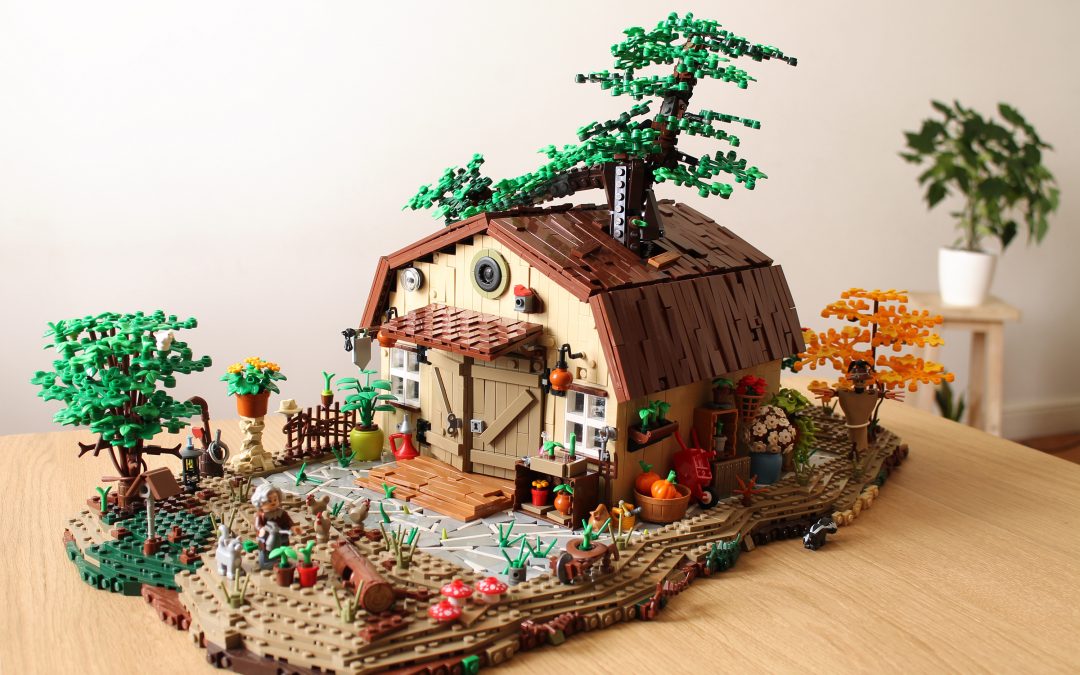 Let’s take a look at some unreleased WIP snapshots of my latest creation straight from the countryside. Follow Magda’s Garden Shed “step by step” building stages, scroll through the images and find out the secrets of my latest flowering diorama.
In the middle of the scene is the actual garden shed which has the classic American barn shape (does it remind you of anything?) and a warm color combination: reddish brown for the roof and eaves, combined with the tan of the walls and the dark tan of the doors. The entrance steps are medium nougat.
The large tree that sprouts up from the roof immediately catches the eye, and it’s the leading feature of the entire scene. The outdoor flooring is made with many light bluish gray slopes of different sizes, among which I have inserted white tiles to give the idea of porphyry. The effect is very pleasant.
All around there are many plants, flowers, and a couple of saplings (one on the left in the foreground and the yellow one in the background). On the right, you can spot the scarecrow made with different types of bars and with the head and hat of the collectible Scarecrow Minifigure, one of my favorites.
The Swirling Rocks element on the left, coming from the Sandman Minifigure, is used as a vase holder, I think it’s a NPU (Nice Part Usage). A flower holder made with a fishnet hangs from the side wall, and close to it is a plant set in a Scala and Belville series Flowerpot. I have already used that element in my Winter Garden.
There are also two wheelbarrows in the scene: a red one leaning against the wall near the pumpkins, and another in the foreground on the right. The latter is made with different LEGO pieces. Can you guess which ones they are?
On the top of the façade there is a porthole made like the ones in my previous Blue Cottage. On the left, you can see a compass that represents a sort of sundial. There is also a nice little roof over the door made with many slightly raised 2X1 tiles.

Below the step by step pictures, in order:
1) The flowering diorama and me;
2) A beautiful photo of the shed with a natural background;
3) Preparing the base made with many dark tan plates and plate wedges, the flooring is made with many light bluish gray slopes of different sizes, among which I have inserted white tiles to give the idea of ​​porphyry;
4) The facade is ready, only a bunch of details are missing;
5) Coupling the base and the main building;
6) Adding the details on the left side;
7) Plants and utensils added on the right side and the eaves made with many slightly raised 2X1 tiles;
8) The two-piece roof is made with reddish brown plates and tiles;
9) With the roof on top the shed is almost complete;
10) The Garden Shed is complete and ready for the photo shoot! 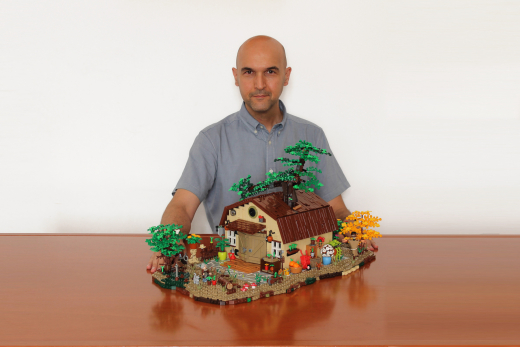 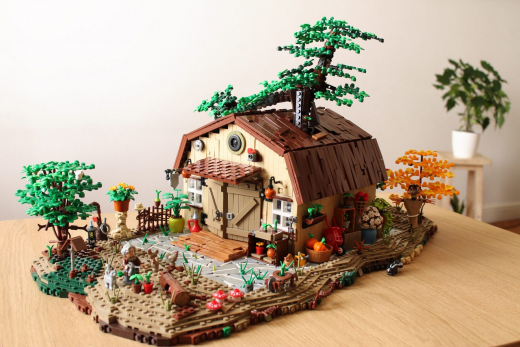 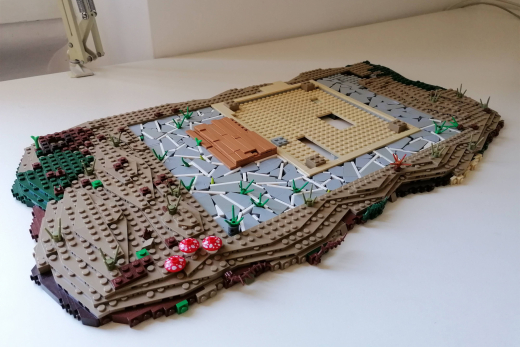 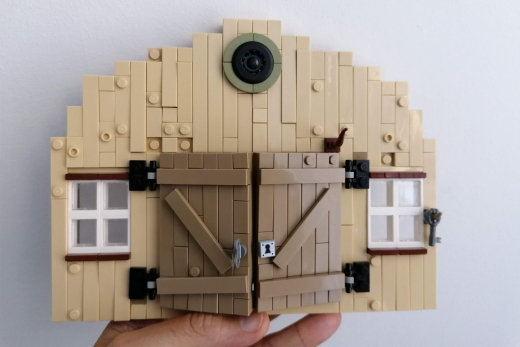 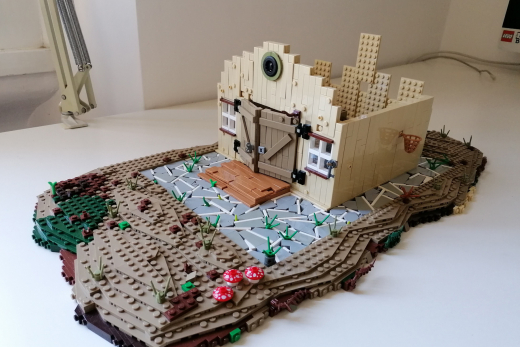 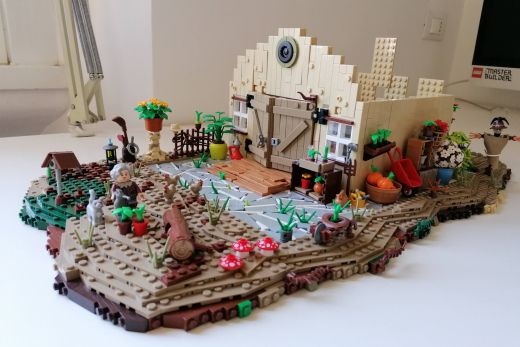 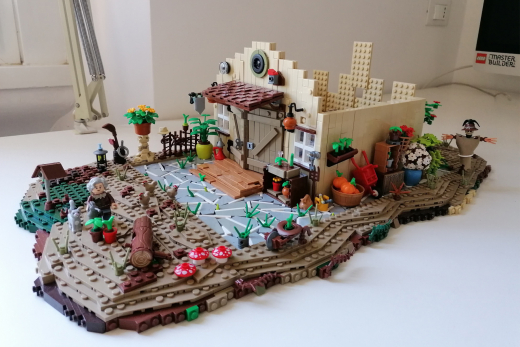 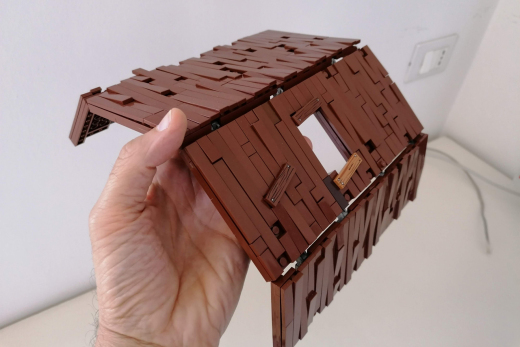 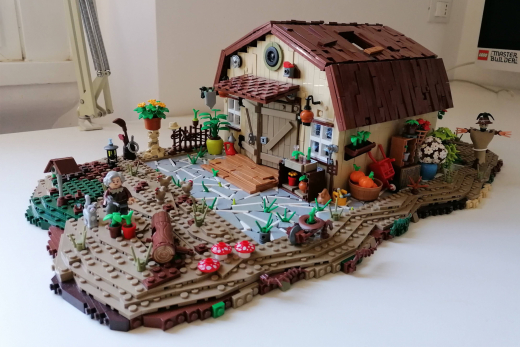 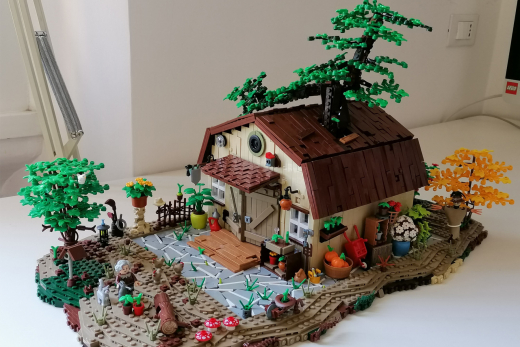 The inspiration behind the Garden Shed came from a drawing by a Japanese dioramist, Mr. Yasuhiro Okugawa, who I really appreciate. Take a look below at the coloring process of the original black&white drawing. 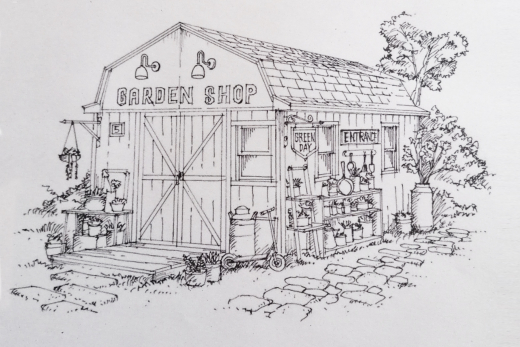 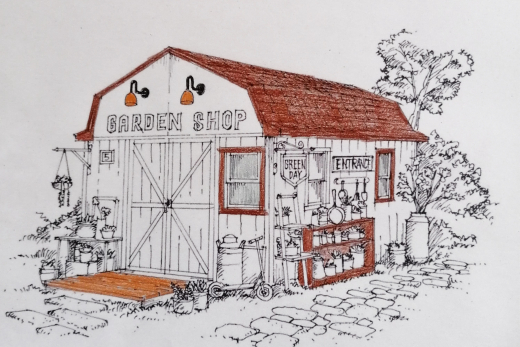 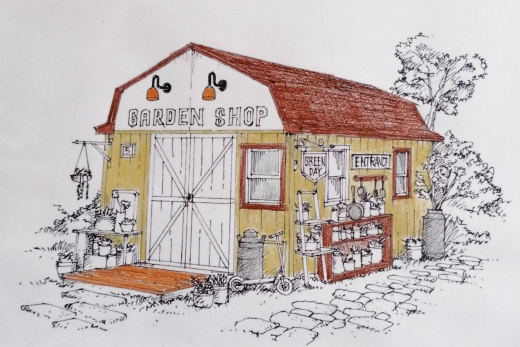 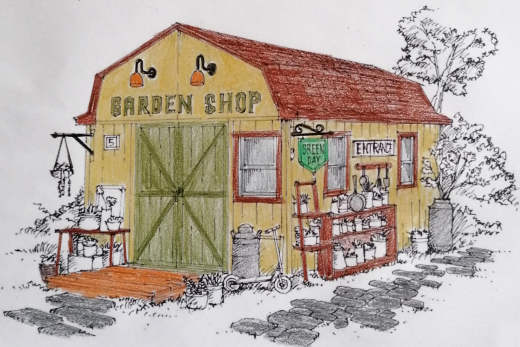 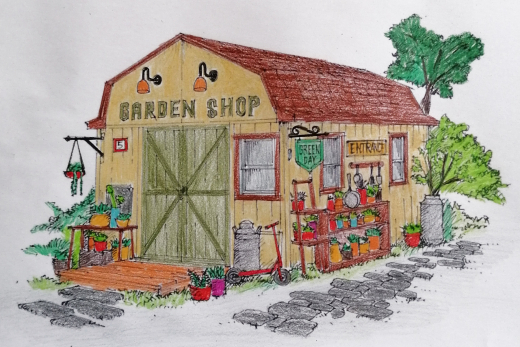