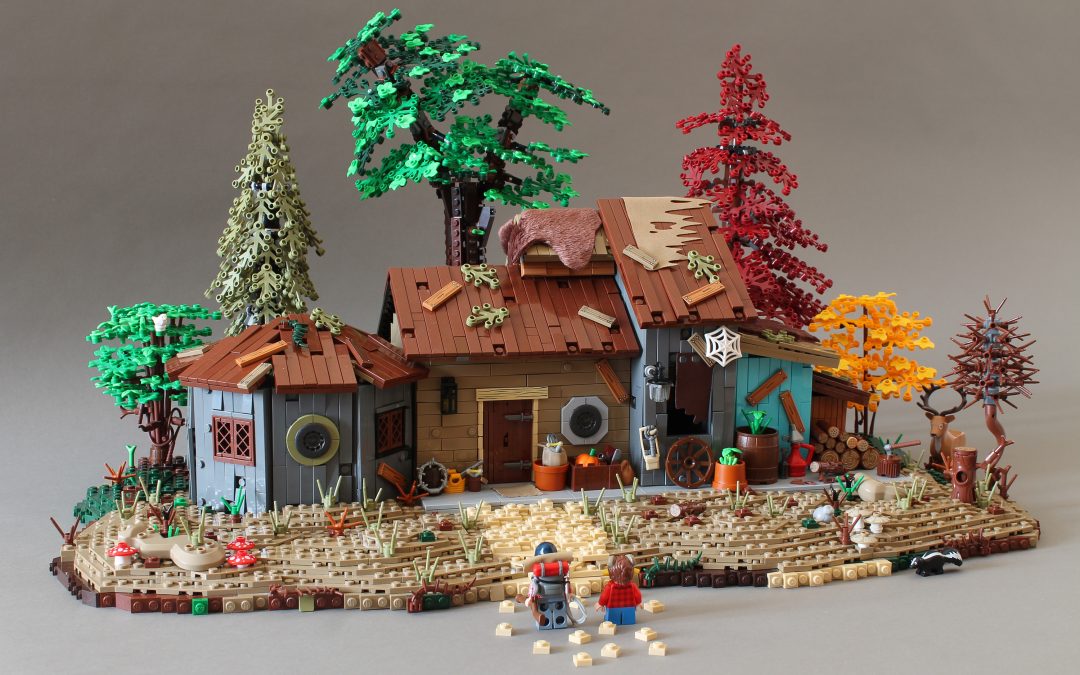 I recently saw the Netflix TV series Sweet Tooth (an American fantasy drama streaming television series developed by Jim Mickle based on the comic book of the same name by Jeff Lemire) and, although I’m not a big fan of the TV series, the first episode gave me a brilliant idea to build a new cabin in the woods.
Here is the shelter of Gus, the half-deer “hybrid” child main character of the series, and of Pubba, his alleged father.
As you know in recent years I have built many shacks and this one joins the previous ones, enriching the series.

The diorama has a structure I have used in many other past creations: a base of dark tan wedge plates on which the central core of the creation stands and in the background some trees and shrubs that frame the scene. The build consists of 5 small shacks that can be joined together to create the shelter of Gus and Pubba. In addition to the usual “warm” colors such as reddish brown, dark tan and the classic dark bluish gray, I used a color that I had never used before: medium azure, as it appears in a part of the house in some scenes of the series.

In the central part you can easily recognize the octagonal window that marks Gus’s house in the woods. I built the window using the useful tile, modified facet 2 x 2 Corner with cut corner. The part on the far left has a circular shape that I built by creating an octagon. It is the first time that I have built a circular shape and I’m satisfied with the outcome. I recreated a kind of rise for the shack using 6X6 light bluish gray tiles, a piece that I have used extensively in the past for all my garages.

As always I have tried to include many details and if possible NPU. Among the strangest parts I like to remember the bearskin rug from Duplo series placed on the roof as a cover. I had already used this element in my Stilt Houses and I am sure that I will find other MOCs where it can be inserted in the future. On the ground to the left you can spot a dark tan leg of an unidentified creature that simulates a large boulder on the ground. On the right the arm of a maxi-fig, specifically Cull Obsidian, also represents a boulder (I have used this piece before).

To recreate Gus, a half-deer “hybrid” child and main character of the series, I used the hair of the Faun from the Collectible Minifigure Series 15. From behind you can see the ears and a hint of horns, just like when Gus was growing up. Pubba, on the other hand, looks like a “hiker” with a large backpack full of objects and tools useful for survival in the woods. On the right a deer shyly appears, Gus thinks it’s his mother, if you’ve seen the series you know what I’m talking about.
There are many other interesting details and parts, check them out and have fun spotting them here and there. 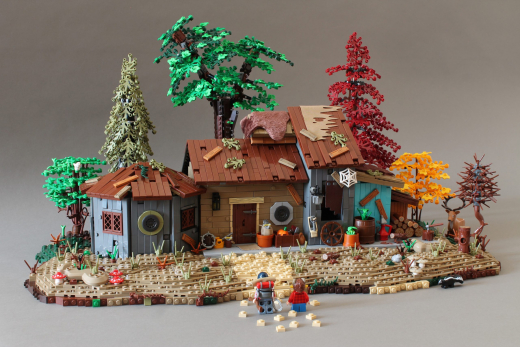 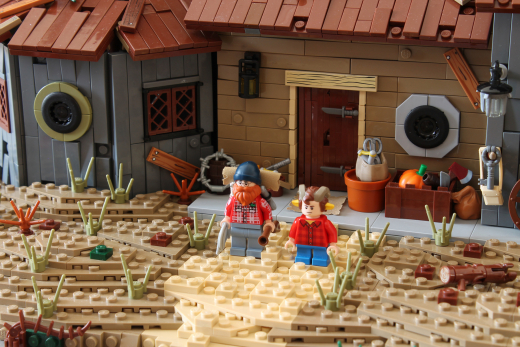 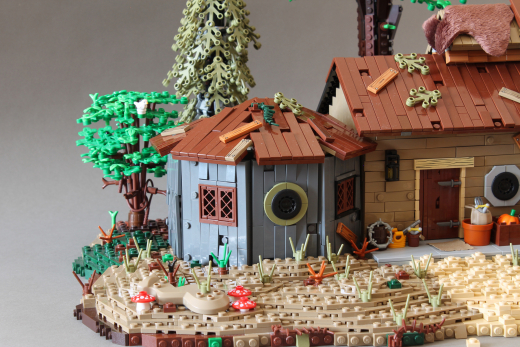 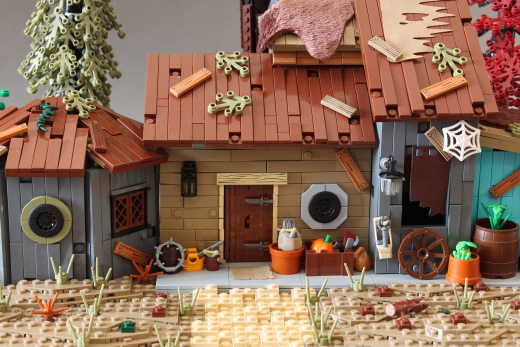 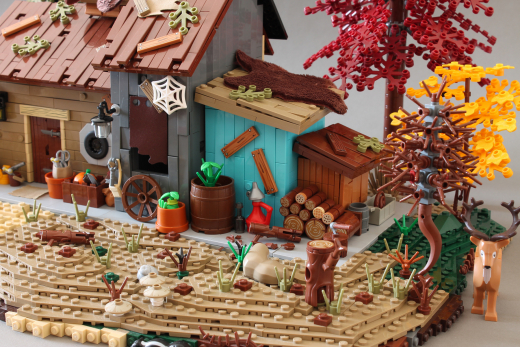 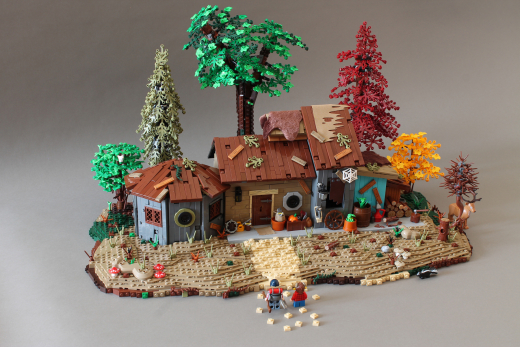 “The main character in Sweet Tooth, a new Netflix series based on a comic book, is a boy who is a human/animal hybrid born in the midst of a global pandemic. His caregiver Pubba makes a secluded home in the woods to raise the deer boy in safety, hiding from surviving humans who resent the existence of hybrids. Norton74, who is a master of building cabins in the woods, put his skills to great use in re-creating the dilapidated cabin that Pubba has spent considerable time and effort to repair and add on all the comforts a growing deer-boy needs, including a place to play “catch the ball”. Aside from the wonderful details in the cabin itself, the inclusion of a buck in the background is perfect.“

(“LEGO model of the cabin from Sweet Tooth is the perfect place to wait out the apocalypse”  The Brothers Brick – August 26, 2021)