A jump into the Santa’s Cottage building process 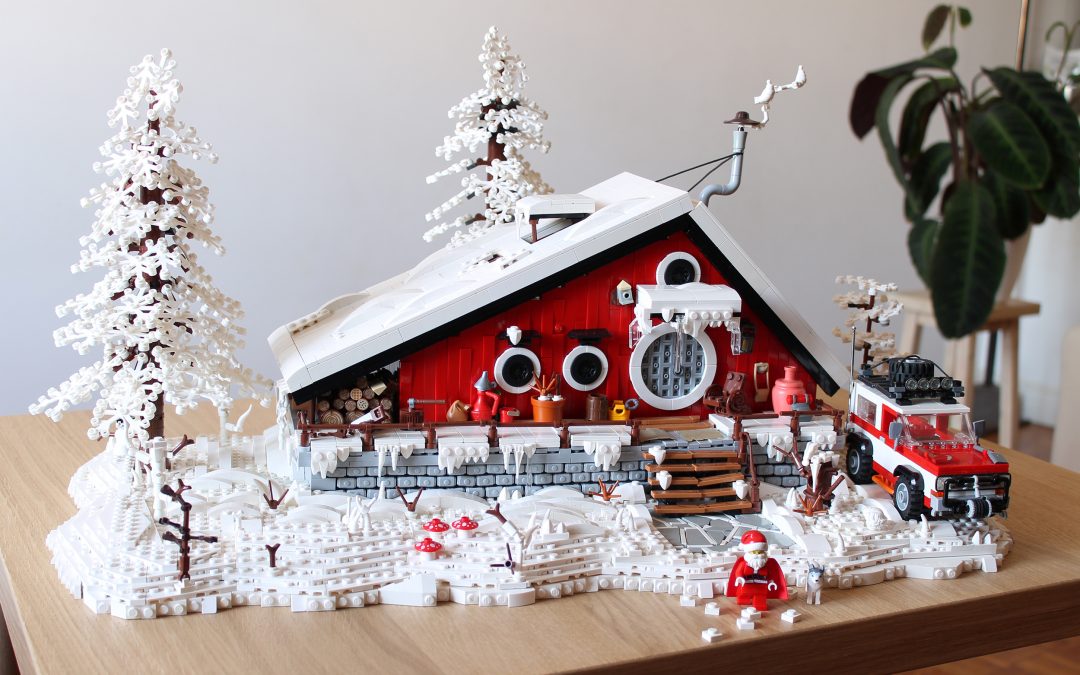 While Santa’s Cottage is gathering support on LEGO IDEAS – please don’t forget to vote it – it’s time to take a look at some unreleased work-in-progress snapshots of Mr. Claus residence straight from the Polar Circle.
Follow the “step by step” building stages, scroll through the images and find out the secrets of my snowy diorama.

Let’s take a deeper look together…

My Christmas creation this year is called Santa’s Cottage and joins the series of rural houses that I have built in the past couple of years and which have had so much response in the international AFOL community. If you look carefully you can recognize that it is a reinterpretation of my Blue Cottage built early this year.
The basic structure, sizes and general layout are the same as those of the Blue Cottage; colors, characters and settings are different.
The little house is red and white, and it couldn’t be otherwise, with a black roof and black and white windows. Note the circular shape of the door and windows, as in the houses of the Hobbits; to recreate them I used the new “Tile, Round Corner” of two different sizes. Rim covers from the Dodge Challenger in the Speed Champion series find new function inside the windows, making the thickness of the portholes circumferences appear smaller and giving the window look a more pleasant, general appeal. The door, on the other hand, has as a texture some simple inverted 2X1 light bluish gray plates, and the outcome is excellent.
The base, as in many of my previous dioramas, is made up of multiple layers of “wedge plate” on a brick base, all in total white, the snow effect is guaranteed!

Snow and ice are also on the roof, on the surfaces and objects in the MOC. Don’t miss the Trans-Clear Electric, Train Light Prism 1 x 3 used as a piece of ice dripping from the eaves, I think no one has ever used it before, it is a forgotten piece that has fallen into oblivion.
The roof is asymmetrical and very sloping on one side: on the left under it there are logs and wooden blocks recreated using the round tiles with the cookies and waffles pattern.
To reach the somewhat battered staircase made of tile 1 x 4 with Wood Grain, you pass a pavement consisting of some gray slopes between which I have inserted white tiles to simulate the porphyry effect. I used this technique in my Magda’s Garden Shed.
Featured in my previous A-frame Cabin, the dry-stone wall is comprised of many Thor’s hammers, a clever technique I borrowed from the very talented builder Letranger Absurde. On the right, the white/red off-road vehicle is parked and this time there is a spare wheel on the roof, you never know! The vehicle is based on my very popular Chevrolet Blazer that first appeared in Sheriff Hopper’s cabin, inspired by the TV series Stranger Things. It’s a truly ‘chameleonic’ vehicle that lends itself well to various customisations.

The diorama presents some “features” already appeared in previous works and other small hidden details, have fun finding them! 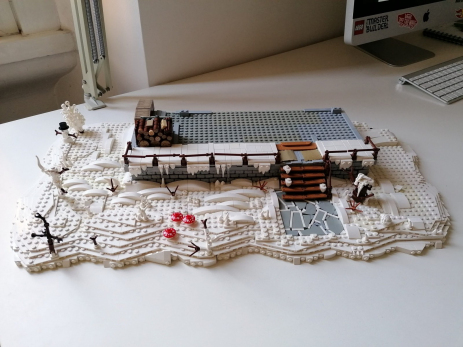 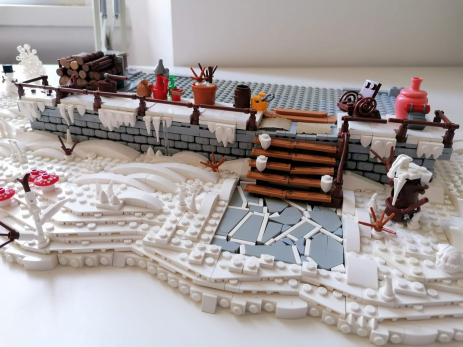 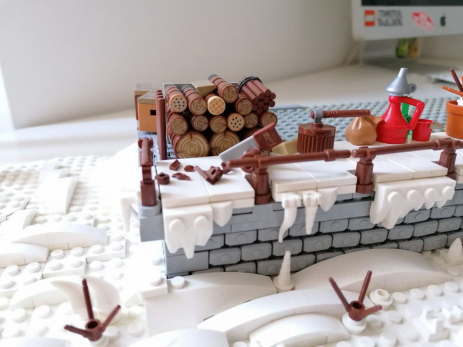 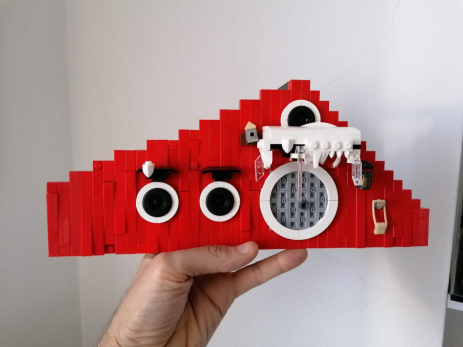 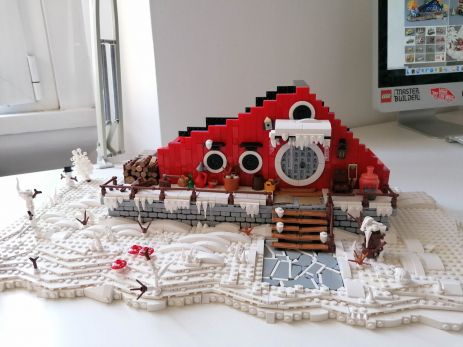 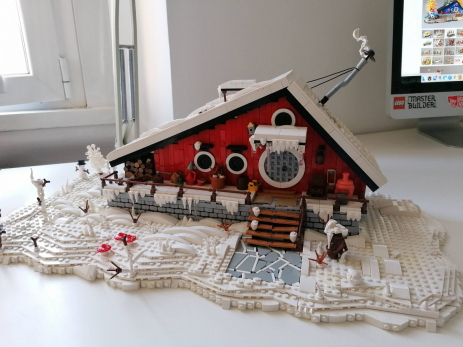 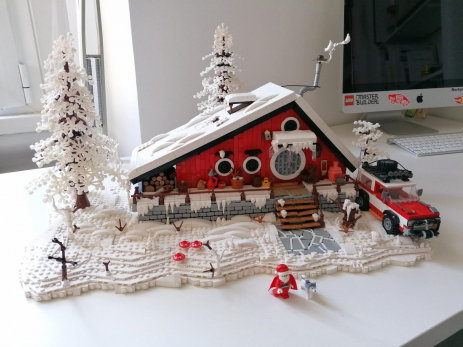 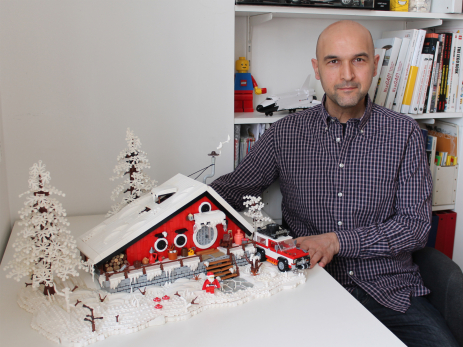