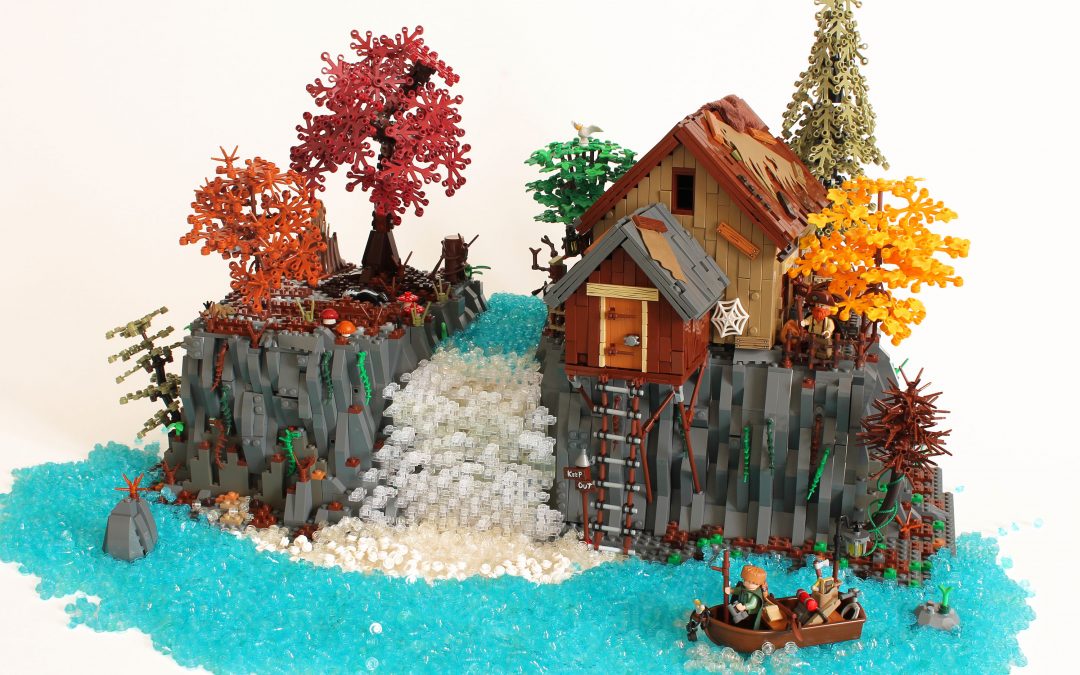 The Crystal Mill, or the Old Mill is an 1892 wooden powerhouse located on an outcrop above the Crystal River in Crystal, Colorado, United States.
Although called a Watermill, it is more correctly denoted as a compressor station, which used a water turbine to drive an air compressor, and was originally built with a horizontal wheel. The compressed air was then used to power other machinery or tools.
The building is built on a mining claim named “Lost Horse”, it fell into disuse in 1917 when the Sheep Mountain Tunnel mine closed.

I spotted the Crystal Mill while browsing in search of new rural houses to build and it caught my eye.
For the first time, I built two blocks of rocks and a waterfall made from hundreds of 1×2 trans-clear plates. Many other builders have tried their hand at this type of build so thanks for inspiring me.

The story goes that an old gold digger* accidentally discovered the now disused Crystal Mill, and immediately decided to live there isolated from the rest of the world. One day an explorer* on a small boat while sailing on the Crystall River came across the old shack…What will happen when the explorer and the gold digger meet?

*Mainly based on the CMF Prospector (Series 12), without a doubt one of my favorite Minifigs.
**Probably the explorer was part of Johnny Thunder‘s Adventures team 😉 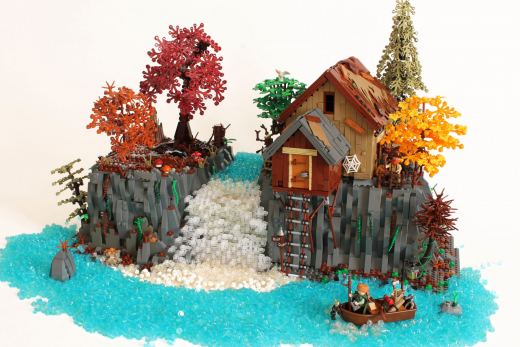 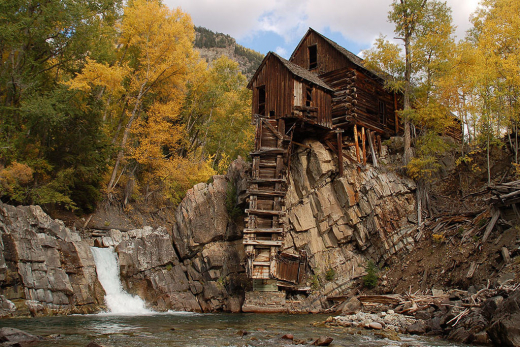 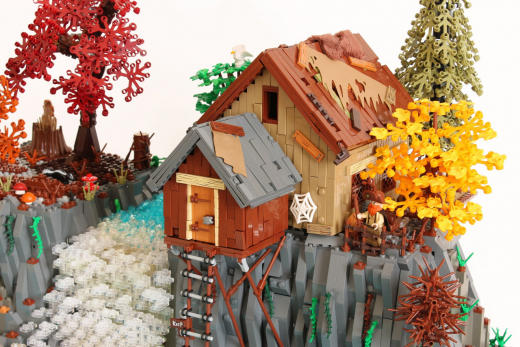 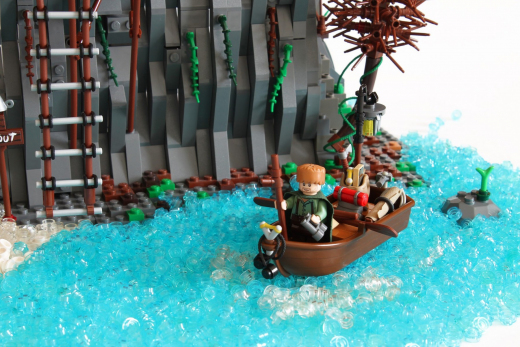 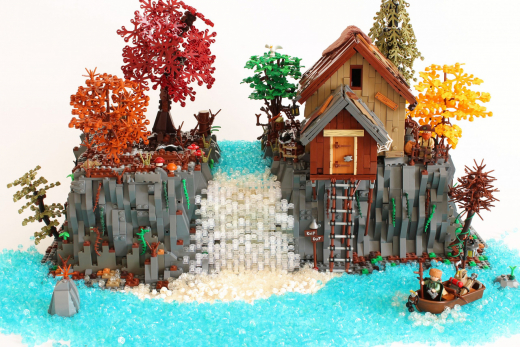 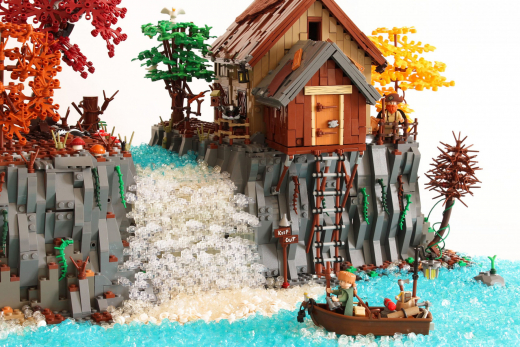 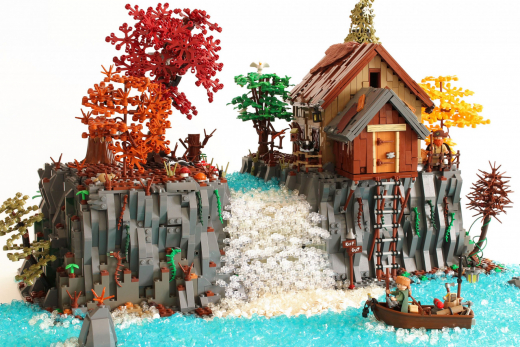 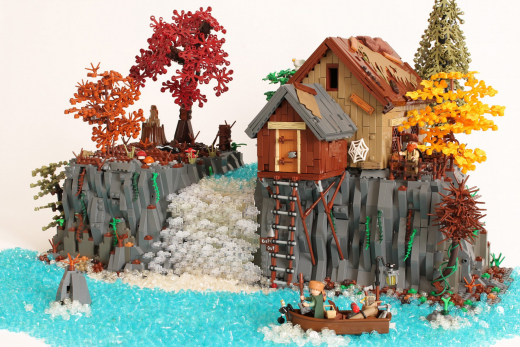 “When it comes to beautifully constructed LEGO cabins, Andrea Lattanzio is in a class of his own. Whether you’re looking for perilously perched adventure or a little holiday magic, odds are good Andrea has you covered. Andrea’s latest build is the Crystal Mill, a real-life Colorado landmark as it might have looked back in the 19th century. The realistic trees and gorgeous waterfall catch your attention right away, but don’t overlook the smaller details of the cabin, like the minifigure wand elements on the front-door and the creatively crafted ladder.”