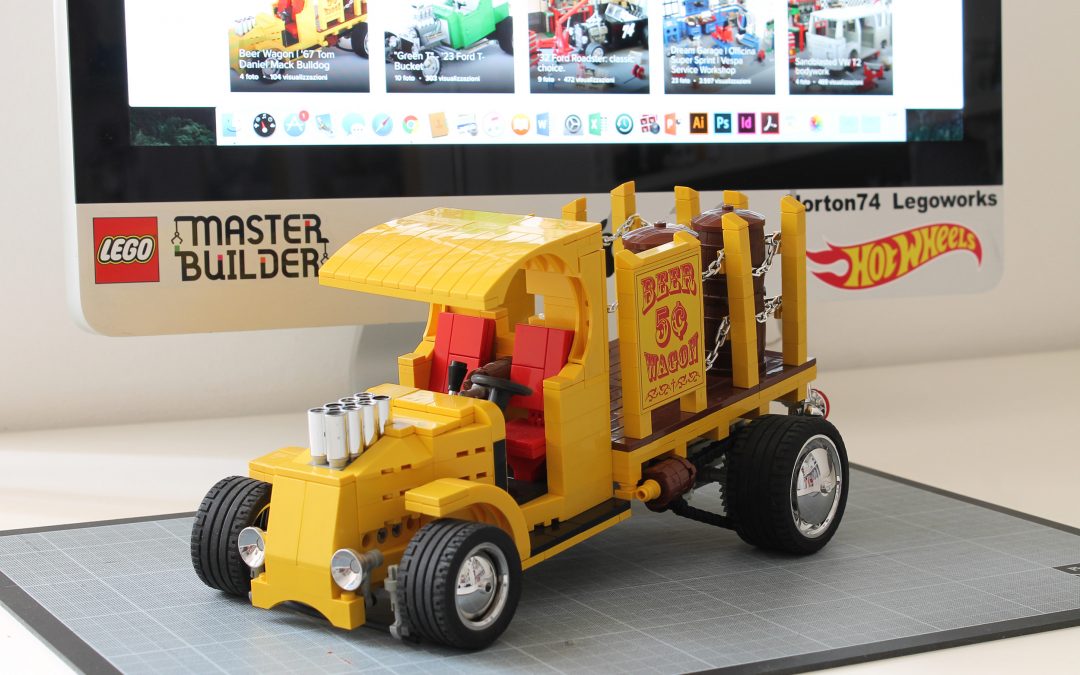 Few years ago I built the Lego replica of the “Beer Wagon”, a radical Show Rod built by the legendary car designer Tom Daniel in 1967. Then I built another Tom Daniel’s vehicle, the “Paddy Wagon”.

Those vehicles, known as Show Rods, and many others, were built from the ground up, were distinguished by an unconventional design, brilliant colours and amazing craftsmanship. Their engines were extremely powerful, yet they rarely touched the road. In other words, these cars were meant to be looked at, not driven. Yes, Show Rods were paradoxical.

The Show Rods phenomenon peaked between the 1960s and 1970s in the United States and Tom Daniel was one of the most representative designer of that crazy era. Between 1967-1975, Tom designed 75 cars for Monogram Models. These were iconic models that are still top sellers today like the Beer Wagon indeed and the Red Baron. His designs were so influential that custom car builders sometimes crafted full-size versions of his kit designs, often commissioned by show promoters.

But his work wasn’t limited to just model car kits. George Barris called him on a Friday night wanting a design for a TV show involving a family of monsters. Overnight Daniel dreamed up the Munster Koach for Barris, although the credit for the design by Daniel often gets mis-stated. He also designed the Bat Cycle for the 1960s Batman television series. It consisted of a Yamaha 250 and was linked to Robin’s sidecar, which was a detachable go-cart (source: Fuel Curve). 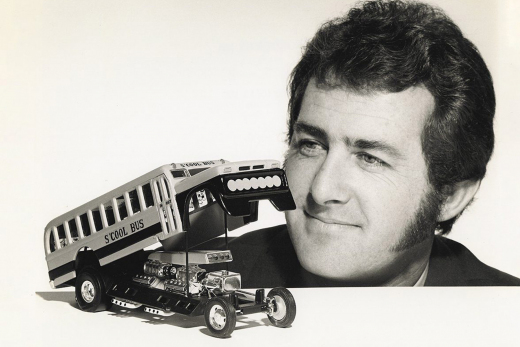 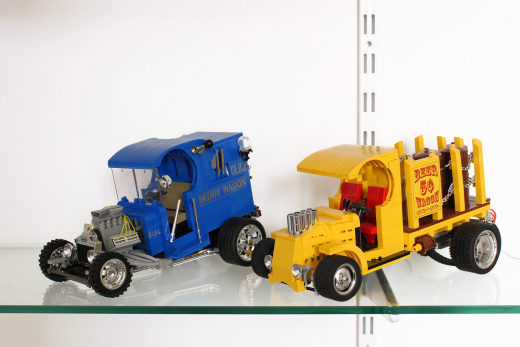 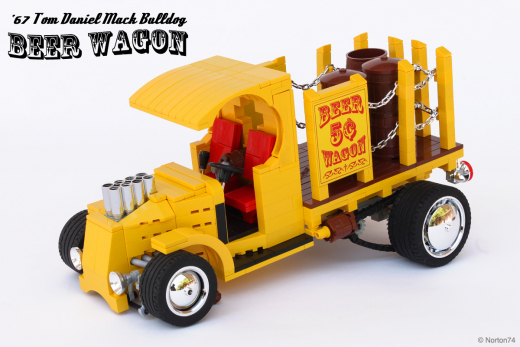 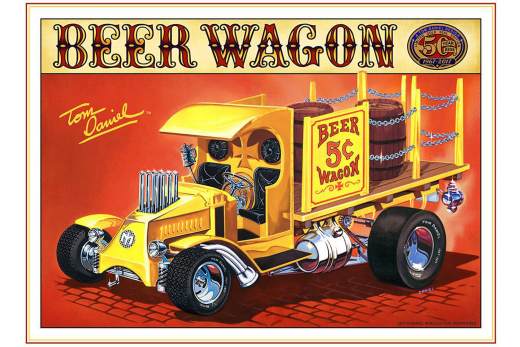 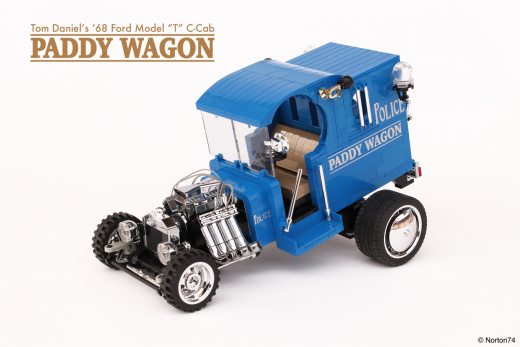 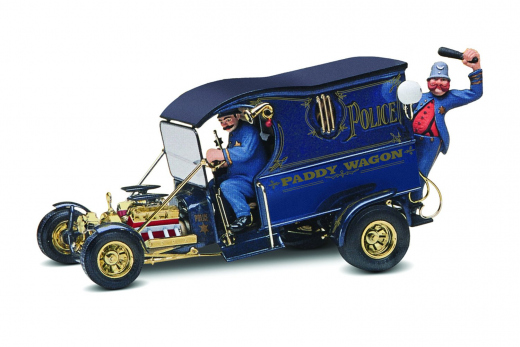 After building the Paddy Wagon I got in touch with Tom Daniel asking to chat with him about his career and his famous vehicles. If you’d like to know more about Tom’s creations and Show Rods phenomenon this interview is a great resource.
Fasten your seat belts, wear your helmet, let’s go!

Hi Mr. Tom Daniel, thanks for accepting to have a chat with me. Just few questions about you and your creations.

N74: When your interest in cars and Show Rods started and why?

TD: Soon after WWII was over – in the late 1940s – returning GI’s began building hot rods and customs (“Show Rods” as such were still in the future), and I was just in High school – and starting to draw custom cars.

N74: Can you tell me a little bit about your background? I mean, are you a self-made car designer or did you study design or something like that?

TD: During late high school years, I discovered the Art Center School during a field trip to the original campus on 3rd Street in west Los Angeles. After graduating high school in 1955, ACS accepted my portfolio (which I created during my senior year in high school); then began a tough 4-year grind learning to be an industrial designer – (Transportation Major; Product design minor).

N74: In a few words, if possible, tell me which are your career milestones.

TD: Graduating high school; then ACS with a BPA Degree; then being hired by GM to join their Styling Staff at the GM Tech Center north of Detroit, Michigan; Flying with the U.S. Navy during the Cuban Missile Crisis; Working as a design-engineer on the APOLLO MOON Project (with) North American Aviation at the Space and Information Systems in Downey, California.

N74: Why and when did your cooperation with Monogram start? And what it represented for you.

TD: This came about as a result of my long time “Off the Sketchpad” articles and drawings for Rod&Custom Magazine (as well as other “car” magazines.) The Monogram people liked what I was designing and drawing.  The BEER WAGON was my 1st model kit design for Monogram – and it was a hit right away… then came my Red Baron – and LIFTOFF!

N74: As you know I built the replica of your Beer Wagon and Paddy Wagon; can you tell me where the inspiration to build them come from and when?

N74: Any curiosities about the Beer Wagon and Paddy Wagon?

TD: Monogram said they wanted a design of a hot rodded Beer Wagon in 1:24 scale.  When I started the designs, It was HUGE, and I had to shrink the entire design down to about ¾ size.

N74: Which are your favourite creations?

TD: WAY too many to delineate here.  LOL!

N74: Have you been influenced by other car designer? If yes, which ones?

TD: I have admired many of the Italian and German car designers (of the 1950s era) – as well as some Americans, but my designs are my designs…. Done strictly for my pleasure. Just so happens, LOTS of people also like them to this day – some 50 + years later.

N74: Are you working on something new or are you just enjoying your time?

TD: I am working with ATLANTIS Toy & Hobby in New York – who now have a good selection of the (former) Monogram Models/’TD’ tooling.

N74: Recently I built also the “Fire Truck” designed by Chuck Miller. The Fire Truck and the Paddy Wagon look having the same source of inspiration. Is this correct? Have you ever known Chuck Miller?

TD: The only thing those two designs have in common is the ubiquitous “C” Cab designs used in the late 18th century.  Under contract, he built the 1st 1:1 version of my RED BARON model kit design Monogram Models manufactured in 1968. He did a pretty nice job – but NOT accurate to my original design in many detail aspects.

Many thanks for your time Mr Tom Daniel, it has been an honour chatting with you and I’m sure LEGO fans, and petrolheads in general, will appreciate the interview. Keep it up! 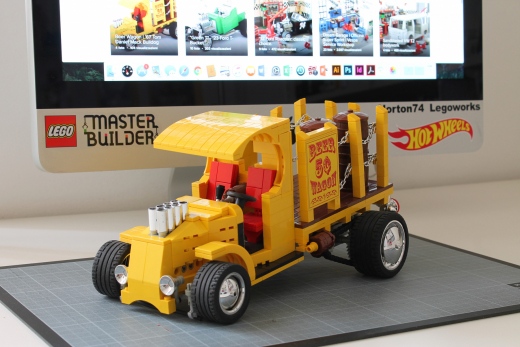 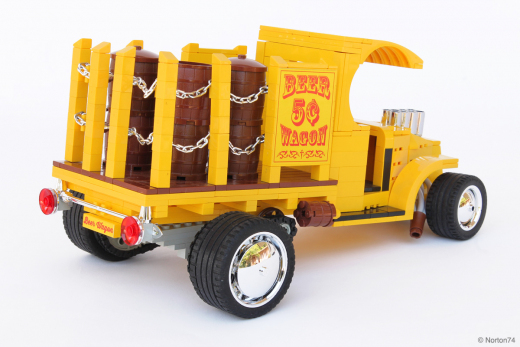 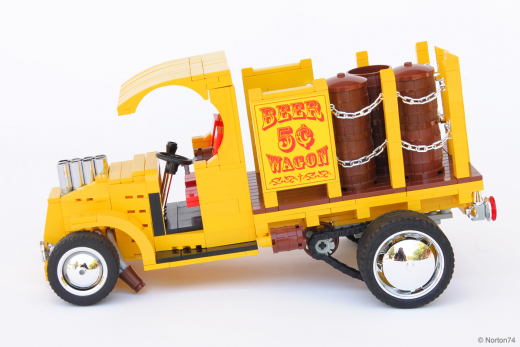 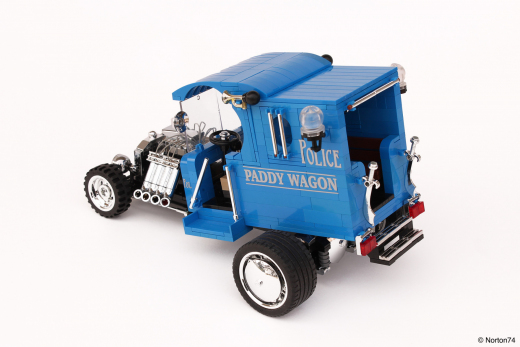 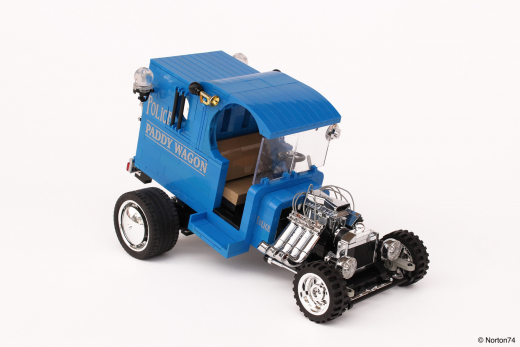 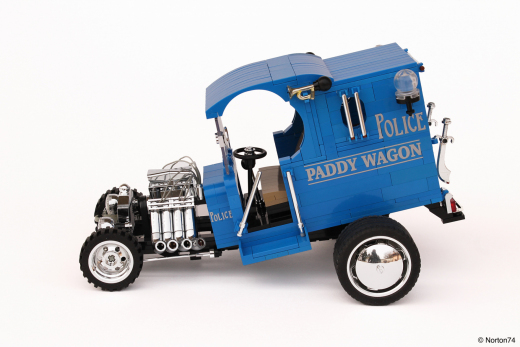