The Guardian of the Abyss and the Wolf Fenrir 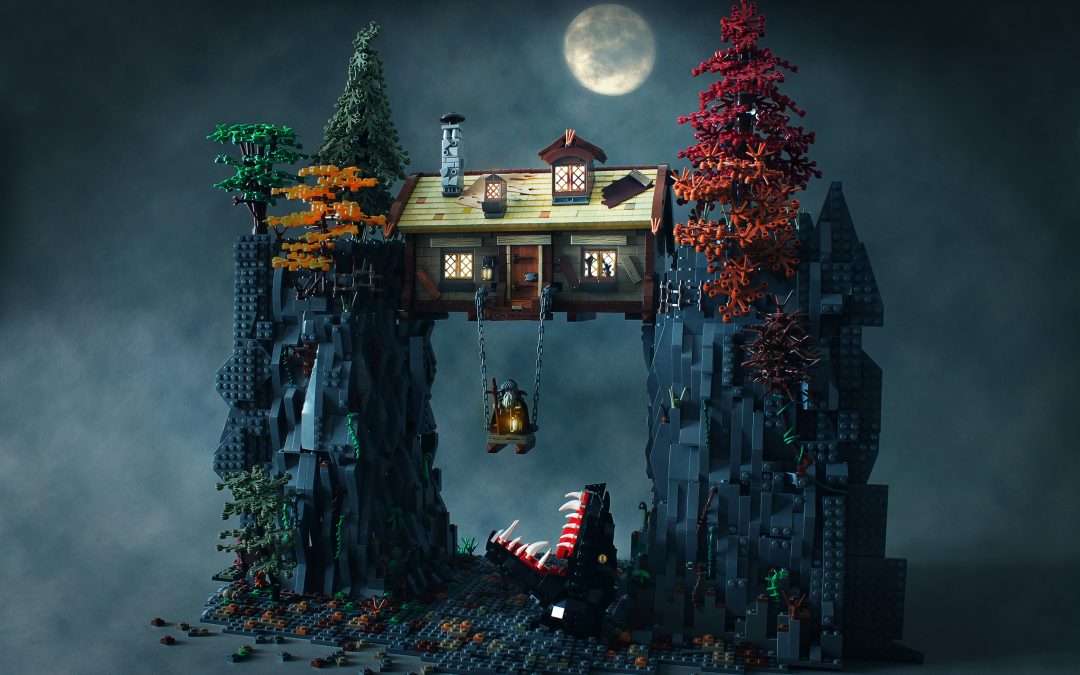 My latest creation is loosely inspired both by the story of the writer Xavier Liras, creator of the Spiral Universe, and by the illustration of the artist Alexander Shatohin.
Below you can read a very brief summary of Xavier’s story that describes my creation well.

The story goes that the Guardian of the abyss lives right on the edge of the abyss. His job for generations has been to explore the Abyss and its mists and gain insight into what is happening in the world.
The Abyss has many levels, it is the manifestation of the psyche of humanity.
There is a terrible war going on in this world now that could plunge us into extinction. The Guardian must lure Wolf Fenrir to the surface and be devoured. But the wolf will not be able to kill him completely and, back in the abyss, he will be forced to spit it out. Only then will the initiation of the Guardian into the deepest Abyss begin.

It is the first time that I have built an animal made of bricks, in this case the head of a wolf, and it was fun and challenging. I think I can still improve the shape but for now I’m happy with that. I hope you enjoy! 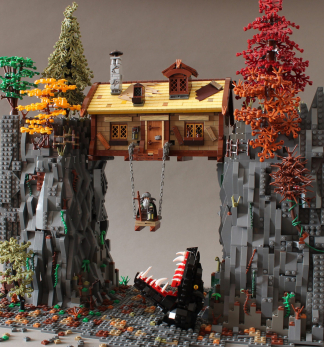 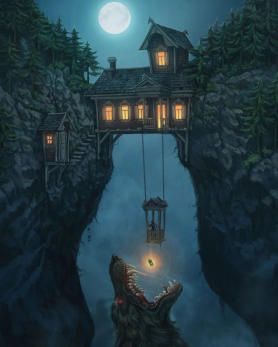 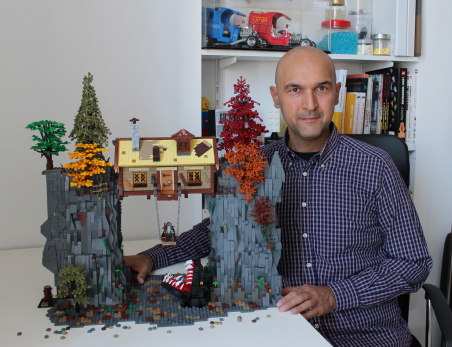 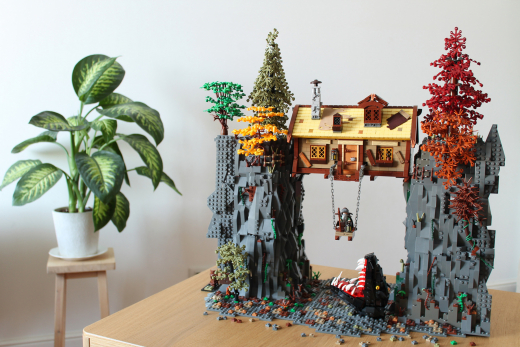 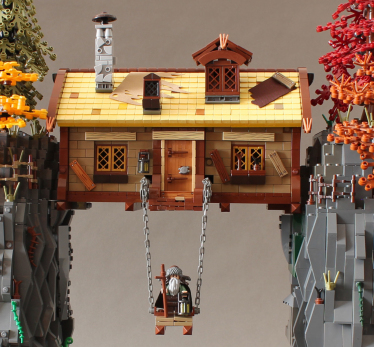 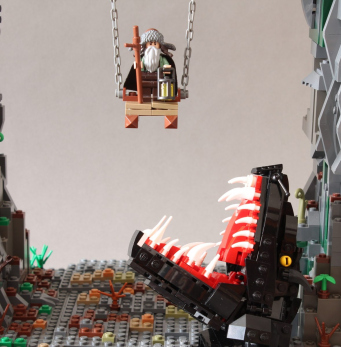 “Drawing inspiration from author Xavier Liras and illustrator Alexander Shatohin, builder Andrea Lattanzio shares a tense moment as the Guardian of the Abyss lowers himself into the jaws of the mythical wolf, Fenrir. There are great details throughout this immersive LEGO scene, as well as some innovative building techniques. I particularly like the shaping of the olive-green fir tree, the use of cloth elements for roof patches, and the use of a minifigure accessory molding sprue for the doorknob. The wolf emerging from the mists is also worth a close look, with a yellow gear-shift base for an eye and a maw full of pointy teeth.”