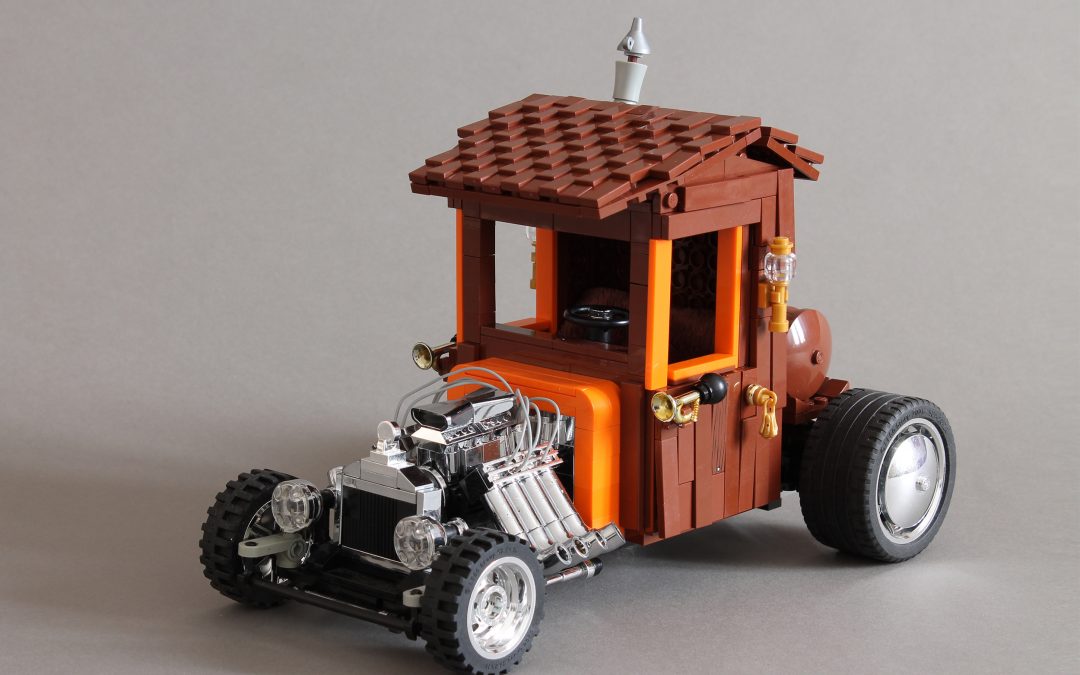 Antiquated looking outhouse is my latest creations with its California reddish brown wood cab, side lanterns, old fashion horn and a furry seat. Replica of the California Show Car of Bob Reisner which was shown on tours and in leading Car Magazines back then. The model is based on a 1924 Ford Truck Body with a 289 cubic inch Ford Cobra Engine.

The Outhouse has been on my wish list for a long time. It is my fourth Show Rod and it joins the Beer Wagon, Fire Truck and Paddy Wagon I have built over the last few years.

If you are into Hot Rods don’t miss my previous interview with Chuck Miller, the car designer behind the Fire Truck and Tom Daniel creator of the Beer Wagon and many others Show Rods. 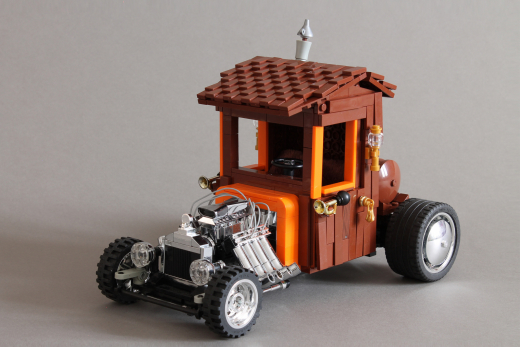 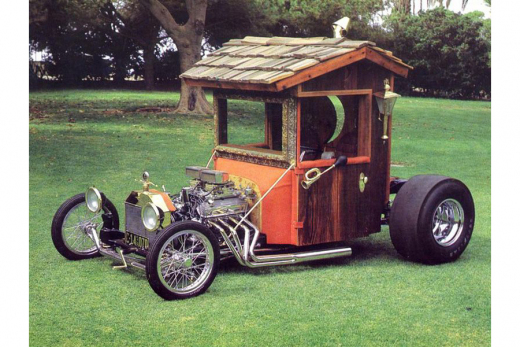 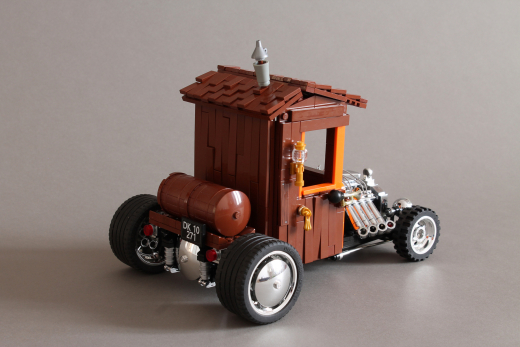 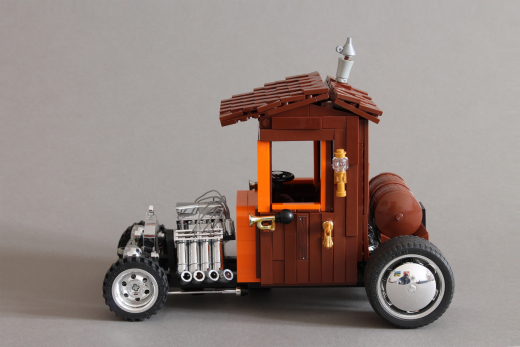 “There was a time before I was born and into my early childhood in which Show Rods were a thing. This is where automotive customizers with lots of imagination pushed the limits of what a hot rod can be. Anything from a bed, to a wine barrel, was fair game, and esteemed LEGO builder Andrea Lattanzio captured one such Show Rod nicely here. It is the “Outhouse” originally dreamed up by Bob Reisner in 1969, probably while sitting on the throne where frankly most good ideas come from. I mean, as outlandish as this seems to be, it has practical applications when you consider that you can do your business while still making good time to your destination. Just wash your hands, which I presume you’d have to do at your sink-themed Show Rod sold separately. This is Andrea’s fourth trip to the Show Rod loo; the previous being a Fire Truck, Beer Wagon, and Paddy Wagon. While you’re already sitting in the place where you do your best scrolling anyway, why not check out these hot rods from Andrea and other like-minded friends who can’t be bothered with building a boring Toyota Corolla.”

“This time the phrase is more than metaphorical! Built by previous bloggee Andrea Lattanzio, this is the ‘Outhouse’, a Ford V8-powered toilet-in-a-shed based on a 1924 Ford truck, as constructed by hot rodder Bob Reisner during the bizarre novelty hot rod scene. Wooden handling and the aerodynamics of, well… an outhouse aside, this TLCB Writer is rather enamoured by the practicalities of Bob’s creation – you’d never need to use a highway services restroom again! Take a dump on the interstate via the link above!”